Will There be a TroTro Season 2? 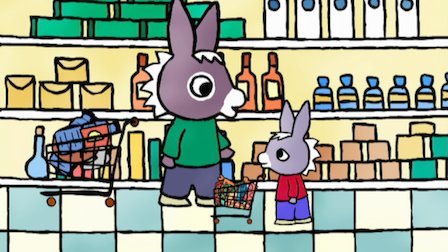 ‘TroTro’ is a French animated tv series, especially geared toward preschoolers. The story revolves around the titular donkey, who is highly opinionated. But he is extremely sweet and his stories are full of learning lessons for kids. Based on the books, penned by Bénédicte Guettier, ‘TroTro’ was released way back in 20o4 in France. 16 years later, it was made available to US fans on Netflix. And if you wish to know more about the future of the series, read on!

TroTro Season 2 Release Date: When Will it Premiere?

‘TroTro’ season 1 premiered on July 1, 2020, on Netflix. It consisted of 13 episodes. Prior to its US release, the series aired for two seasons, spanning 78 episodes, from October 2014 to December 2015 in France. And as it is the trend with the streamer, it is releasing the show in segments. The second season, comprising the next 13 episodes, should land on the streaming platform in the next couple of months. Most probably, ‘TroTro’ season 2 will release sometime in December 2020.

TroTro Season 2 Cast: Who Can be in it?

The titular character of TroTro is voiced by Joanna Ruiz. Trotro is a little donkey and his mind is always brimming with ideas. He knows exactly what he likes and does not like. He is a positive and engaging hero, with whom kids can easily relate to and build a connection. Julie-Ann Dean voices Mummy (TroTro’s mum) while Andy Turvey voices Daddy, TroTro’s father. Other stars voicing additional important characters are Katherine Dillon as Lily, Gabriela Milo as BouBou, Josie Taylor as BouBou’s Mom, Caroline Combes as Nana, and Sophie Goldstein as CleCle. All of the above cast members will make their respective comebacks in season 2.

TroTro Season 2 Plot: What Can it be About?

Directed by Eric Cazes and Stephane Lezoray and inspired by the books of Bénédicte Guettier, ‘TroTro’ follows its titular, opinionated character — the playful donkey who goes on multiple adventures. For instance, he plays a Game off Cache-Cache with his friend BouBou, makes friends with Nana, pretends to be a monster, gets scared by a spider, listens to stories from Mummy, gets into altercations with his grumpy neighbor, and attempts to learn music.

Each 4-minute episode of this adorable cartoon is packed with TroTro trying something new. And while he embarks on any of his missions, viewers before tv screens receive some important life lessons — related to solving problems, expanding one’s imagination, or getting along with kids having different opinions and interests. Season 2 will follow the same format and chronicle TroTro’s multiple adventures as he teaches valuable lessons to his kid audiences.

Read More: Will There be a Chico Bon Bon Season 3?