True Love Blooms: All That You Need to Know 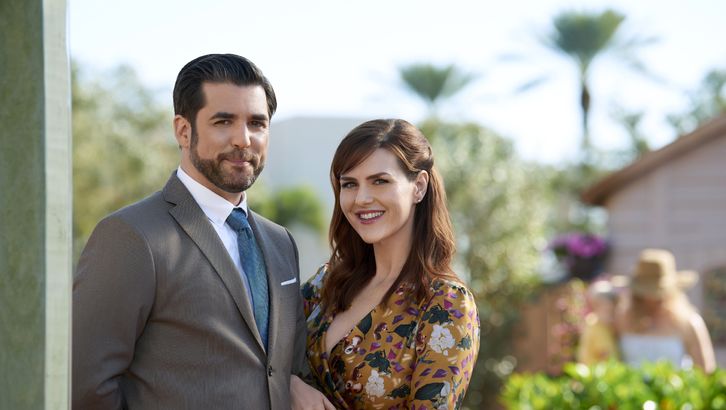 ‘True Love Blooms’ is a Hallmark movie that seeks to stay true to its title. It is a movie about how true romance can blossom anywhere, with the most unexpected people. If nourished, it can truly be converted into something as foundationally strong as a large tree. The film is a part of Hallmark’s ‘Spring Fever’ slate of movies. The ‘Spring Fever’ films promise to remind viewers that romance is not seasonal. In fact, that is the evergreen message of the network which has come to be known as THE romance destination on television.

Hallmark regularly releases romance-themed movies all year long and these are truly delightful to watch. Why pay for a movie ticket when you can just enjoy a consistent stream of quality movies from your couch, right? Well, Hallmark movies have been labeled as cheesy in the past but it is their optimistic outlook which makes viewers demand more each time. Anyway, the premise of ‘True Love Blooms’ is quite simplistic, slightly resembling the classic Romeo and Juliet tale. There are no warring factions here though. However, what leads one to such a conclusion is the fact that the movie is about two people who are in the opposite teams, if you must, falling for each other.

The movie follows the urban gardener, Vikki who is a “nice person.” She takes care of a community garden and believes that it is “a beacon to the entire neighborhood.’ The garden is her dream project and she is quite invested in the positive effects that it has on the community.

However, Chace is an opportunistic reality developer who is also a “nice person,” just more money-minded. He wants to build a housing project on the land that Vikki’s garden is in. Don’t worry, the movie does not foray into a David vs Goliath kind of tale about the sinister methodologies of a corporate honcho against a common person.

Instead, the film sees the two characters attempt to peacefully negotiate despite both of them being quite firm in what they want. Amidst all of this, the two seem to be attracted to each other. Can they put their differences aside and try to find meaningful love? If so, what will happen to the garden? There seems to be no middle way and we will have to watch the movie to find out who makes the bigger sacrifice.

Now, many of you might be wondering where ‘True Love Blooms’ has been filmed. Where is this urban garden that the movie’s protagonist is so desperate to save actually situated? Continue reading to find out.

Filming for ‘True Love Blooms’ was entirely carried out in the state of Florida. Florida does not have a tax credits program. However, it is still attempting to bring relatively small-scale productions to the state in a bid to diversify its economy.

Within Florida, the makers of ‘True Love Blooms’ traveled to multiple places for the purpose of filming. For instance, the city of Tampa Bay served to be a major filming location and a large chunk of the movie was filmed here.

One of the producers of the movie, Elayne Schneiderman Schmidt gave the following statement: “People in general are friendlier here than other parts of the state. You have beautiful locations, and it just seems you have enough different looks that I could get basically everything I need in the Tampa Bay area.”

Other than that, filming was also carried out in St. Petersburg and Clearwater. The tweet attached below proves that.

Mark your calendars or set your DVR for "True Love Blooms" on Hallmark Channel Sat. April 6 at 8pm, filmed in the Tampa/St. Pete/Clearwater area including many Florida-based cast and crew. @hallmarkchannel @FilmTampaBay @FilmStPeteClear

True Love Blooms Cast: Who is in it?

Sara Rue leads the cast of ‘True Love Blooms.’ The American actress essays the character of Vikki George. Rue has appeared in a bunch of productions in the past. The seasoned actress appears in the second season of ‘A Series of Unfortunate Events’ apart from ‘Malibu Country’ and ‘Less Than Perfect.’ Moreover, she also hosts the reality television series, ‘Shedding for the Wedding.’

Starring opposite Sara Rue is Jordan Bridges. The American actor plays the role of the real estate developer, Chace Devine. He is probably best known for appearing in ‘Dawson’s Creek’ for a brief stint. Other than that, Bridges has also starred in ‘Rizzoli & Isles’ and the Hallmark movies, ‘Love Takes Wing’ and ‘Love Finds a Home.’

Other than Rue and Bridges, Aisha Duran stars in the film as Ana while Amy LoCicero plays Marta and Jan Neuberger appears as Ms. Hewitt. Some of the other actors who are a part of the project include Ray Watters, Tamara Austin, Andi Matheny, Victoria White and Jose Miguel Vasquez.