When Does Truth About Murder Start? 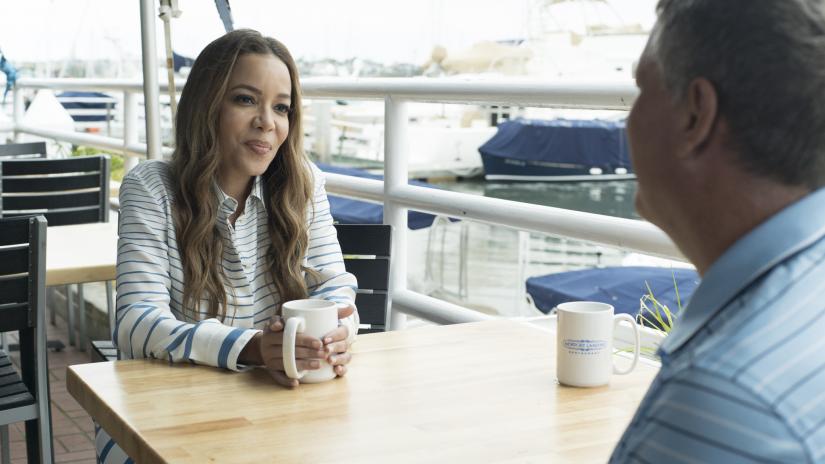 ‘Truth About Murder With Sunny Hostin’ is a crime documentary that shares some of the most baffling homicide cases from US history. Each episode dives deep into each incident, features interviews with detectives, prosecutors, and coroners, and showcases discussions with the families of victims. After piecing together emotions and evidence, the story finally culminates by unveiling the truth.

Who is the Host of Truth About Murder?

Sunny Hostin, a former prosecutor and ABC News’ Senior Legal Correspondent, hosts ‘Truth About Murder’. The co-host of ‘The View’ is a Houston-native who graduated from Notre Dame Law School. She started by first working as an appellate law clerk and then proceeded to become a trial attorney for the Justice Department and a federal prosecutor.

Hostin is an Emmy-winning Legal Correspondent and is also the winner of the Special Achievement Award, which was presented to her by Attorney General Janet Reno for her work with apprehending child sexual perpetrators. In ‘Truth About Murder’, Hostin uses her expertise in narrating the detailed process of how crimes are solved and justice is finally served.

What is Truth About Murder About?

Sunny Hostin’s stint with ‘Truth About Murder’ involves a personal story, when her own family member survived an almost-fatal murder attempt. However, the incident left the victim scarred for life. But the sad part was, the perpetrator was never arrested. This led Hostin to embark on her legal career, with a mission to serve justice. As a result, it also propelled her toward serving as the host for this immersive series.

In ‘Truth About Murder’, we do not witness high-profile cases in packed metropolitan areas. On the other hand, its stories are set in small towns where Hostin personally interacts with the victims. According to her, “We look for cases where people don’t have voices. I wanted to give a voice to the voiceless.” ‘Truth About Murder’ brings in a fresh perspective to the true-crime genre, which is jammed with tales about serial killers. Host Hostin breaks up each incident into two parts — as a journalist and as a prosecutor. She introduces the element of empathy and highlights justice and survival in each of the featured cases. In one of her statements, she said that the series is an “opportunity to tell the real story of these crimes that have affected the communities that we live in and talk to those most impacted by these cases.”

The murder documentary explores multiple challenges, often involved in solving perplexing homicides. Hostin starts off by first interviewing detectives, first responders, family, and friends of the victims. Then she discusses the incident with the community — since according to her, neighbors of murder sites are terrorized when any such occurrence happens in the vicinity. Using her special skills to connect with investigators, law enforcement officers, and victims, Hostin introduces a unique perspective to the genre of crime documentary on tv.

‘Truth About Murder’ begins by taking us to the small localities from Michigan to Bayou. Hostin travels to these sites and re-tells homicides that had terrorized the neighborhoods. She explores the case of Santa Ana, California, where an expecting mother was discovered murdered after her husband returned home. In Portland, Texas, a kidnapper abducted two best friends with a motive that cannot be imagined in one’s wildest dreams. Next, in Galien Township, Michigan, a young mom was discovered murdered in her own home. Hostin then detangles an intricate web of lies and inconsistencies that led to the woman’s almost-perfect murder in her kitchen.

‘Truth About Murder’ takes us through every step of the justice process, which includes visuals of the crime scenes, the process of gathering evidence, and visits to the homes of victims’ families. She examines the clues with the help of law enforcement and forensic experts, who were involved in a particular case. She then carries out detailed discussions with prosecutors and defense lawyers and explains how the final verdict was delivered toward the end.

Truth About Murder Season 1 Release Date: When will it premiere?

‘Truth About Murder With Sunny Hostin’ premieres on Tuesday, October 22, 2019, at 10 p.m. on Investigation Discovery. Its entire run for the first season consists of six episodes, with each episode dedicated to one particular homicide case.

ID has not released a full-fledged trailer for the show yet. We shall add it to this section as soon as it is released on their official site.