‘Truth Be Told’ Renewal Status: Everything We Know 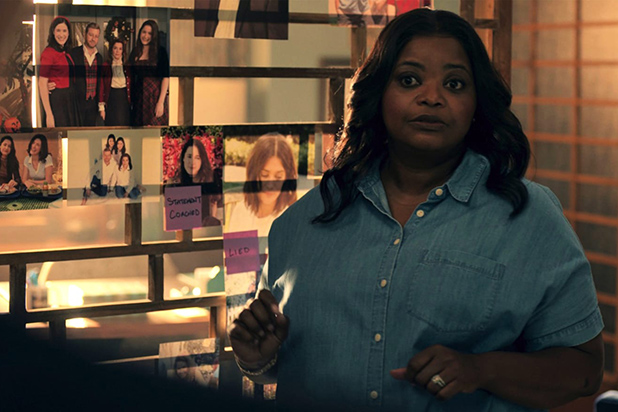 Truth Be Told, Apple TV’s crime thriller, which has drawn comparisons with The Sinner, was appreciated mainly because of its stellar performances and suspense-packed storylines. The drama, which originally dropped as a limited series in December 2019, did leave room to be developed into a full-fledged show, spanning multiple seasons and storylines.

Yes, the creators had conceptualized its design to be flexible enough to be twisted, in terms of format, in the future. And since its inaugural installment left quite an impression on viewers’ minds, does it hold the potential for another season? Well, scroll down to find out everything about Truth Be Told season 2.

Truth Be Told Season 2 Release Date: When will it premiere?

Truth Be Told season 1 premiered on December 6, 2019, on Apple TV+, with three of its episodes. Following the debut, it embraced a weekly schedule of airing one episode every Friday and then wrapped up with its eighth episode on January 10, 2020.

On March 5, 2020, Apple renewed the show for another season. Star Octavia Spencer expressed her excitement about the renewal saying: “I cannot wait to work with the talented Nichelle, as well as our partners at Apple, Hello Sunshine, Chernin Entertainment Endeavor Content, and the entire ‘Truth Be Told’ family to continue expanding these characters and this world. There is so much more to explore and we are truly excited to begin creating new episodes, storylines, and characters” — as reported by Variety.

There’s no official announcement yet on a release date. However, if things move according to plan, Truth Be Told season 2 should most likely premiere sometime in December 2020.

Truth Be Told Cast: Who is in it?

Season 1 of Truth Be Told stars Octavia Spencer as Poppy Parnell, an investigative reporter who is the creator of a super-hit true-crime podcast. She is joined by Aaron Paul as Warren Cave, the imprisoned murderer who is the base of Poppy’s podcast. Lizzy Caplan plays the characters of twins Josie and Lanie Buhrman, whose dad was apparently killed by Warren Cave.

Season 2 has already been confirmed to see Spencer reprise her original character of Poppy. Beach is also expected to make a comeback, alongside Phifer, and the actors who play Poppy’s family members. However, since the second season will follow a different case, this means that Paul, Perkins, and Caplan, are unlikely to appear in the upcoming installment.

Truth Be Told Plot: What is it about?

The freshman season of Truth Be Told’s is inspired by the novel Are You Sleeping, written by Kathleen Barber. It introduces us to a true-crime podcaster Poppy Parnell, who re-opens the closed case of a convicted killer Warren Cave. Since Poppy’s podcast is based on this very alleged murderer, she starts following up on the events of the crime, after Cave insists that he is innocent and was framed for the homicide.

Season 1 wraps up the case neatly, giving fans all the answers, without leaving any loose threads. Hence, Truth Be Told season 2 will take up an entirely new case, with Poppy in the center of the action.

While we wait for more news regarding a concrete release date for Truth Be Told season 2, you can watch the trailer from season 1 below:

Read more: 7 Best Shows Like Truth Be Told You Must See