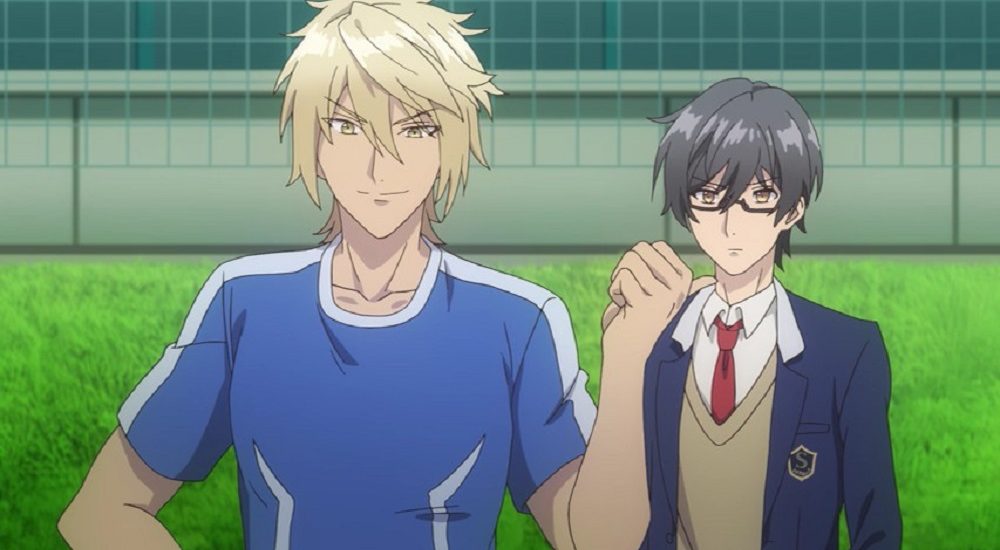 I have definitely seen shows that are a lot better than ‘Try Knights’, but I’ve also seen worse. Now I wouldn’t call it an average show because for the most part, it’s quite disappointing. The sport’s technical accuracy in the anime is highly appreciable and even the voice acting is quite impressive; but considering that the anime comes from the well-known Studio Gonzo, known for producing shows like ‘Full Metal Panic‘ and ‘Gantz‘, it is shocking to see how the character designs and the overall setup of the show is entirely different from its source material.

In the end, ‘Try Knights’ tries to position itself as a sports anime for adults, but it only has typical shounen elements that will be enjoyable for six-year-olds. Though it does have a lot of potential, only time will tell if it truly has got what it takes to be amongst the best sports anime like ‘Yuri! On Ice‘ and ‘Haikyuu!‘. Overall, season 1 of ‘Try Knights’ could have been a lot better but you can still watch it if you’ve seen other decent sports anime shows.

Try Knights Season 2 Release Date: When will it premiere?

‘Try Knights’ Season 1 premiered on July 31, 2019 and with a total of 12 episodes, it came to end on October 16, 2019. The sports anime has been adapted from an ongoing manga series which only has 3 volumes so far. The recent volume was published on August 27, 2019, so for obvious reasons, this volume will not be a part of season 1. Now, considering that the manga still has a long way to go, the anime has a chance of getting not just one more sequel season but many more. But the main problem here is that the anime’s rating so far on most platforms is way below average.

Also, the anime is targeted towards the “Josei” demographic which again makes its overall viewing audience pretty small. So as of now, the possibility of a second season seems very less likely because it is not being accepted too well by most viewers. The only thing that seems to be in its favor is its source material, which will probably have many more volumes in the future. If you want more of this anime, then you should start reading the manga. If we get any updates regarding ‘Try Knights’ Season 2 release date in the future, we will update it here in this section.

As of now, an official English dub of ‘Try Knights’ is not available but you can still stream it on Crunchyroll with original Japanese audio and English subtitles.

Riku Haruma enters high school and hopes for nothing great. He was once a great rugby player but was forced to leave the sport behind because of his physique. While walking around the school ground one day, he spots the boys of the school running around and playing the sport like absolute beasts. He then looks at Akira Kariya, another passionate rugby player, and decides to give him a piece of advice to improve his game. This is when everything suddenly changes for him and that one moment just brings back his dying passion for the sport.

Riku is the main protagonist of the anime who is a first-year student at Soran High School. In appearance, he’s slightly nerdy and has black hair with brown eyes. He has angular facial features and he also sports a pair of glasses. He’s really cool and has an undying passion for rugby, but he is forced to stay away from the sport because his physique is not exactly suitable for it. So instead of using his physical abilities during his rugby matches, he tries to play it strategically. He later becomes friends with Akira and despite being at odds with him all the time, he manages to maintain a very healthy competition.

Akira is another first-year student at the Soran High School who, unlike Riku, is extremely fit. He has messy blond hair with deep yellow eyes and he often wears his school uniform in such a way that it intentionally appears to be untidy. He nonchalantly keeps his shirt unbuttoned and wears a loose red tie around his neck. His strong reflexes and physical fitness allow him to excel at the sport and later, after he befriends Riku, he gets even better at it.

Reo Asamiya is a third-year student who is the captain of the High School rugby team. He sports long black hair and has piercing red eyes. During rugby matches, he seriously commits to the game and makes sure that his team members manage to give their best performances. Because of his great leadership skills, all the team members refer to him as “My Lord”.