Who is Turtle on ‘The Masked Singer’? 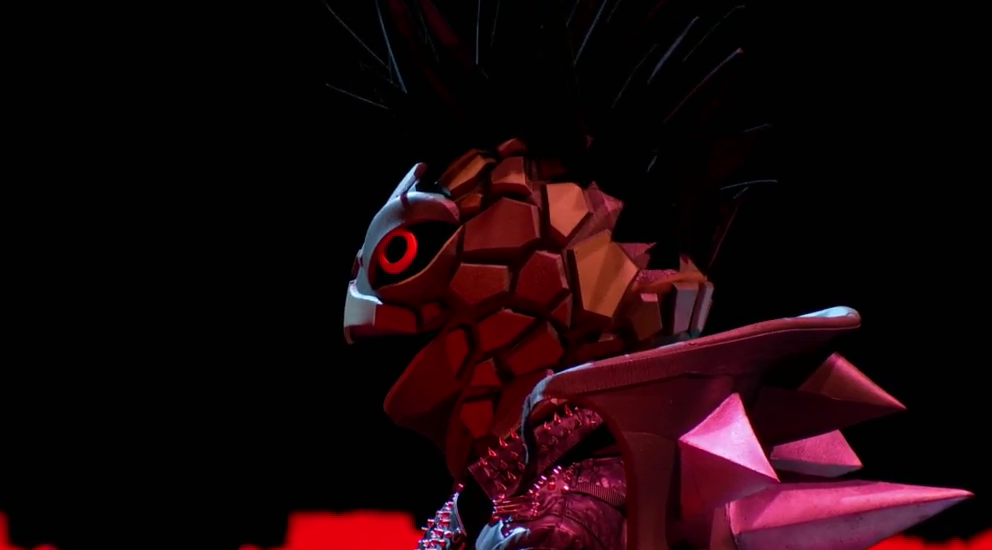 ‘The Masked Singer‘ Season 3 has started wonderfully, giving us a ton of exciting performances, and even more exciting performers. We are racking our brains about who the celebrities could be, behind the masks. Lil Wayne has already been revealed to be the face behind Robot.

However, one of the outfits, that has us truly stumped, is Turtle. Before the show started, the rock n’ roll getup with all the leather, led us to believe that Jack Black might be the man behind the mask. Now that we have seen Turtle belt out a soulful version of Seal’s “Kiss From a Rose”, we are less sure.

Therefore, without much ado, let us walk you through the clues and guesses surrounding the mysterious Turtle so that you can draw your own conclusions.

Turtle makes a confident entry, immediately drawing a remark from guest judge Jamie Foxx, that he seems to have done this before.

In the clue package provided, the Turtle speaks to us, saying that when he started off in the business, there were many power-hungry people around him. They were determined to have it all, but Turtle saw them all burn out, eventually.

This is where we get a clue, as we see Turtle cleaning a surfboard. He says he has taken things slowly but is now ready to burst out of his shell. We get to see the Turtle manning a grill with what appear to be patties on it. The new performer asserts that he does not want anyone crossing the finishing line before him, as he is seen enjoying a burger.

We are inclined to agree with Foxx’s view that the Turtle has performed before. He does appear to be a pretty talented singer. You can check out a part of his performance below, to ascertain this for yourself.

Jenny is all over the case when it comes to guessing the identity of Turtle. She is struck by the bunny ears that the Turtle’s competitors wear in the clue package video, as well as by the burger reference. She believes that the performer must be someone who knows her, and her husband, Donnie Wahlberg.

Jenny’s reasoning is that the bunny ears refer to her time as a Playboy model, while the burgers refer to Donnie’s show, ‘Wahlburgers‘. Ken Jeong jumps in here, convinced that it is Donnie himself. However, Jenny remains adamant, stating that she would know if Turtle was Donnie.

Robin Thicke has an observation that ties in with Jenny’s theory. He notices that Turtle talks about progressing ‘step by step’ in the clue package. He is quick to point out that ‘Step by Step’ is a New Kids on the Block song. Thus, the performer might be Joey McIntyre.

Nicole has her ideas too, as she believes that Zac Efron might be the Turtle, and the surfboard might be a ‘Baywatch‘ reference.

Our Guesses About Turtle:

Maybe slow and steady does win the race, #TurtleMask. 👀 #TheMaskedSinger

Frankly, we are inclined to agree with Thicke and Jenny here. They seem to have followed the clues, and come to a pretty logical conclusion. However, the black ensemble outfit, which is quite punk, also reminds us of Greenday’s Billie Joe Armstrong. Thus, there is a good chance that Turtle might be the ‘American Idiot’ singer.

However, Turtle has put up a pretty stellar performance and has not given away much about his identity. We have to wait for clues from subsequent episodes, to make a more accurate guess about who might be behind the mask.