All Twilight Movies, Ranked From Worst to Best

Stephenie Myers’ best seller novella collection is ubiquitous in all female teenagers rooms across the globe. Its popularity is certainly uncontested in the reading department. The fiction pieces focused on the love story of Edward Cullen, a vampire hiding in plain sight as a human being, and Bella, a simpleton who recently switched towns. The third condiment, making the affair a love triangle, is Jacob, a half-human half wolf. Through a series of five films, the narrative explores the lives of these three characters weaving its way through different antagonists and eventful incidents. Here is the list of all twilight movies ranked from worst to best. 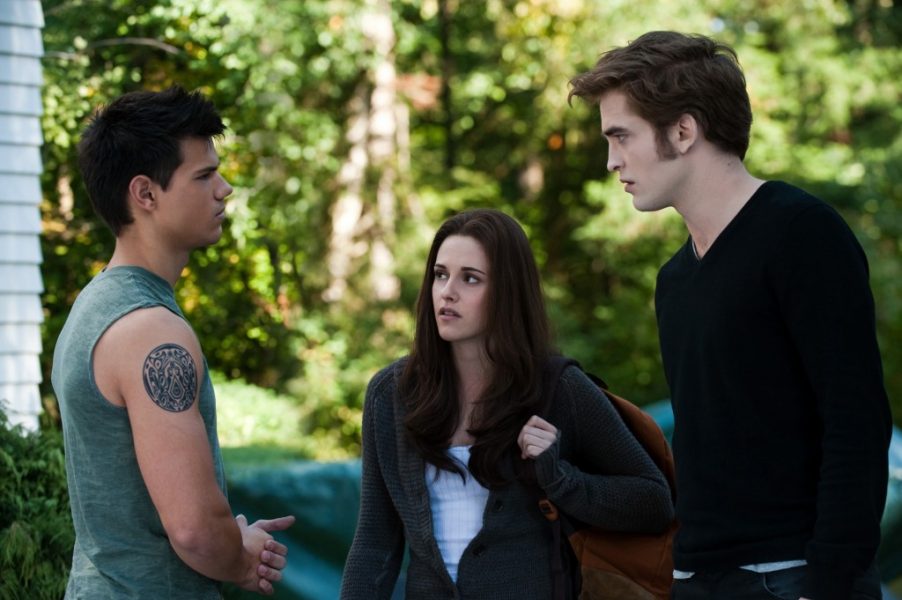 The middle one is always the most crucial of any series. Not only will it get judged the most, but will also be reflective of how the series ends. It establishes the tone of the narrative. ‘Eclipse’ starts with a vengeful Victoria converting innocents into newborns to create her army. Meanwhile back with our leading trio, things start to complicate as Jacob expresses his romantic feelings for Bella who responds by spraining his hand and uninviting him for her graduation party. As the threat of Victoria and her army looms, the werewolves and the Cullens come together to fight them off. Much like all the films in the franchise, ‘Eclipse’ relies heavily on the performance of its stars and they clearly don’t disappoint. 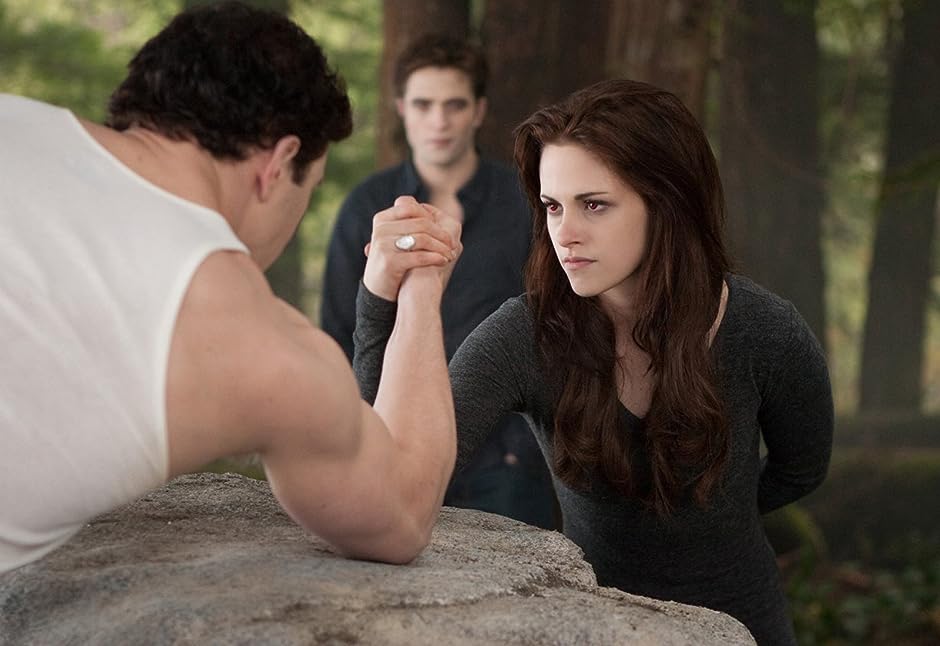 The last installment of the franchise was the highest grossing feature as well, finishing the year as the sixth-highest grosser. The film dealt with the after the birth of Renesmee, Bella and Edward’s daughter. The whole film is about Irina and her delusional vision of seeing Renesmee as an immortal who would later go and destroy the entire community. Volturi, the vampiric overlords, are sentient of the same and begin ordering other members of the fraternity to attack and kill the Cullens. They in return collect enough witnesses, and through the mental abilities of Bella, win the confidence of the Volturi. The film ends with Bella and Edward swearing never to part ways and always stay together. The finale was full of dramatic scenes, which were surprisingly well acted out. Kristen Stewart is really the star of the franchise and does a more than capable job of ensuring that the series ends on a high. 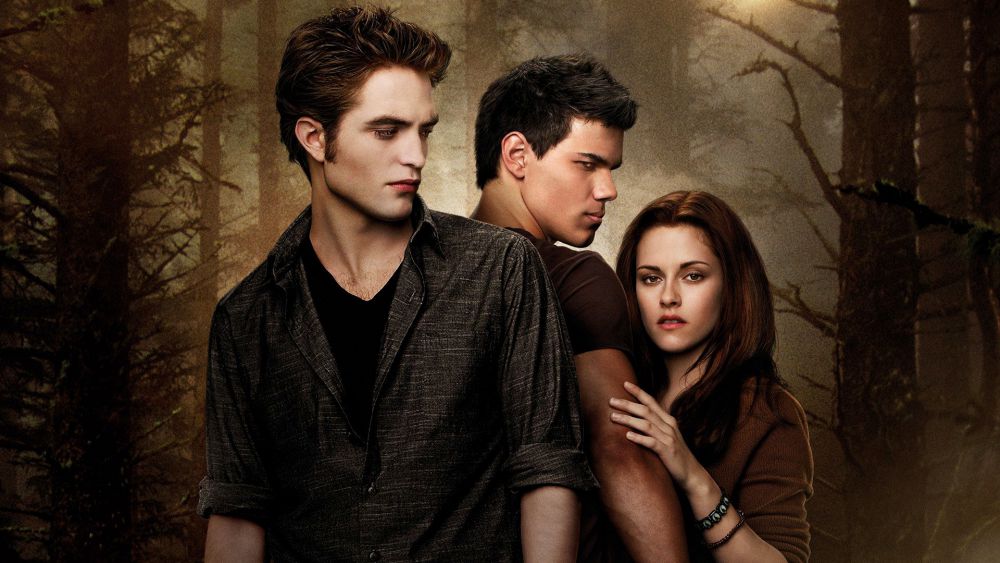 ‘New Moon’ dealt with the origins of the werewolves tribe and saw the introduction of the third protagonist in the series, Jacob Black. The film starts with problems in the relationship between Bella and Edward that started in the previous film. As Bella attends a house party in Edward’s house, a paper cut provokes Jasper’s bloodlust and drives him to nearly attack her. Fearing Bella’s safety, Edward leaves the town with his family. Now depressed, Bella is comforted by Jacob, a fellow mate at school, who remains vaguely distant. He saves her life when she is attacked by Laurent, a rogue associate of Victoria. Edward presumes Bella’s death by suicide and proceeds to face the same punishment. Bella arrives just in time and promises to marry him. Again, like all other installments, the fans gave a thumbs up and recorded a satisfactory experience. The critics downsized the praise and criticized its lack of cohesive plot points and the visibly flawed special effects. 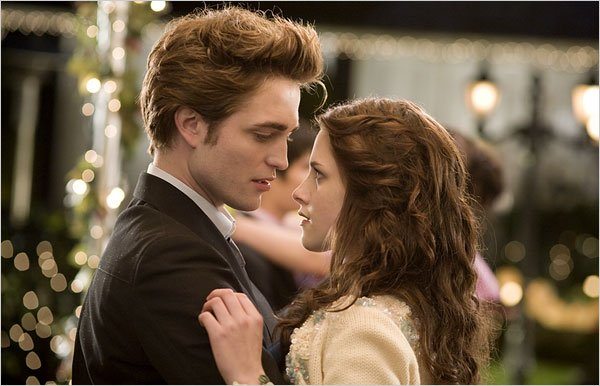 The first installment was the one which escaped negative reproach due to its nascent stages in the franchise. It acts as the setting for the sequels, with Bella Swan, a young teenager moves to Forks with her dad. The new girl at school quickly catches the attention of other students, including Edward Cullen, a mysterious and charming figure. The two finally come together, and Bella learns the reason of his mysteriousness: he’s a vampire. As three nomadic vampires track Bella and present an impending threat, Edward vows to protect her.

Topping the list is the penultimate part of the series. After finally marrying, Bella and Edward look to consummate their union. A pregnant Bella faces difficulties with a half-human half-vampire child. Jacob, who first danced with Bella alone in the woods before her marriage, keeps a watchful eye on the baby, who poses a threat to his community. As the bloodlust urges of the vampire child kicks in, Bella’s health starts deteriorating. She gradually convalesces as she’s compelled into consuming human blood. Edward’s forced to inject Bella with his venom and transform her into a vampire to save her life. As the wolves attack the Cullen’s house fearing the baby’s powers, Jacob imprints on the baby and the former retreats. The movie saw sudden shifts in the tone of the series. More dark and mature, ‘Breaking Dawn’ promised a lot and certainly delivered on its promises. Fairly reserved in its narrative, the film benefits from the popularity of its loved cast which is once again a tectonic force.