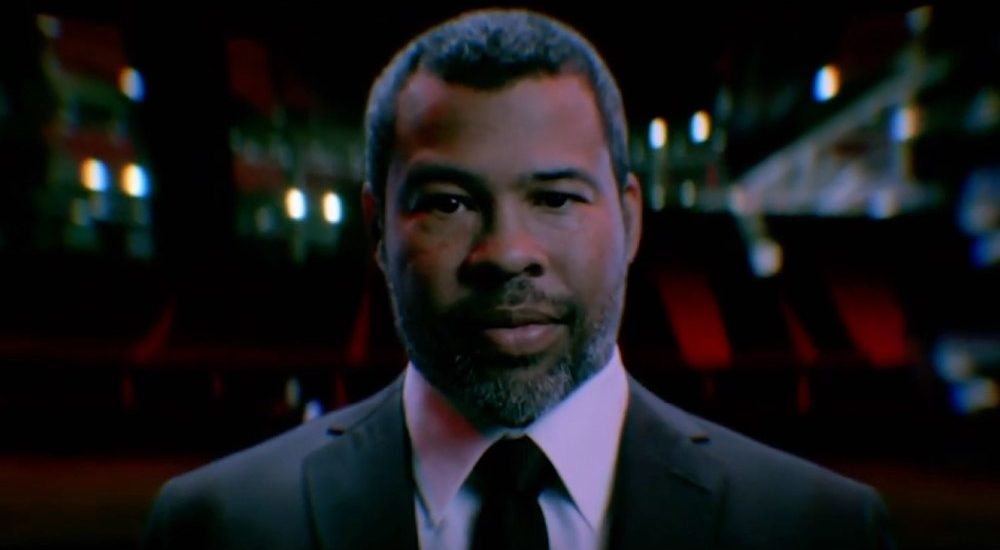 ‘The Twilight Zone’ is an American anthology web television series that airs on the CBS. The show first premiered  on April 1, 2019. However, fans must be aware that it is essentially a reboot of the original 1959 series of the same name that was created by Rod Serling. The show has mostly been shot in Vancouver in British Columbia. Initially Bryan Singer, famous for films like ‘The Usual Suspects‘ and ‘Bohemian Rhapsody‘ was on board to develop, executive produce, and helm the revival. Simon Kinberg, famous for writing films like ‘Mr. & Mrs. Smith’ also joined the project along with Craig Sweeny, who has worked on shows like ‘Elementary‘. However, Kinberg soon left to make his directorial debut with the upcoming X-Men movie titled ‘Dark Phoenix‘. This was followed by Singer and Sweeny exiting the show as well.

The project soon fell to Jordan Peele, who is making quite a name for himself with two successive successes in the forms of ‘Get Out’ and ‘Us’. Peele developed the show from where Kinberg left off and was joined by Marco Ramirez in his efforts. Peele is also the narrator of the series and is a co-writer as well. CBS Television Studios, Monkeypaw Productions, and Genre Films are the companies backing the project, while Jordan Peele, Simon Kinberg, Win Rosenfeld, Audrey Chon, Carol Serling, and Rick Berginyon serve as the executive producers.

Considering that the show includes elements of horror, science fiction, and mystery, it is straight up Peele’s alley, whose films show that the director is very capable of taking a nuanced look at horror and imbibing threads of mystery with broader social contexts. Peele is definitely someone you want to watch out for, as is this show in which he is involved so heavily.

The Twilight Zone Cast: Who is in it?

The main cast of ‘The Twilight Zone’ consists of different actors who appear in isolated episodes. The episodes do not have any overt link or overlapping characters, so the cast changes from episode to episode. Some of the cast members involved with the show have included talented actors like Tracy Morgan, Kumail Nanjiani, Adam Scott, Greg Kinnear, John Cho, and Alison Telman.

Hopefully, in the upcoming season, we will see fresh faces, and probably some bigger stars. Once the show’s reputation gets it more attention, more stars will be willing to join, and in Peele’s capable hands, there is no doubt about the series heading in the right direction.

The Twilight Zone Plot: What is it about?

The main plot of ‘The Twilight Zone’ is not something specific, since every episode has a different story. However, for those familiar with the series, it is evident that there is an underlying commonality that links all the episodes. It is essentially the story of ordinary people who are trapped in extraordinary and even nightmarish situations that only they can see. The original ‘The Twilight Zone’ has had such a cultural impact, that the title of the show itself has been appropriated to denote the act of being in an irrational and bizarre situation.

Being a part of a cultural phenomenon, the original show has had an immense impact on Peele’s work, which is evident in both ‘Get Out’ and ‘Us’. The ability to make pop cultural references, the usage of light humor even in a horror show, and most importantly, portraying the absurd and the unnatural in an expert manner are all things we can see in Peele’s films. It just appears that they have come back full circle with Peele taking charge of the creative side of this series. Although he does not actually direct any of the episodes, his touch can be felt in the presentation, the tone, and the general approach to social commentary that ‘The Twilight Zone’ takes. The show is committed to diversity in casting, and Peele has always been a political person, and it shines through in his work. Moreover, Peele handles the nuance as a presenter and a host expertly, using wry humor and keeping the references as close to the original show as possible, yet putting them into a new spectrum altogether.

What stands out about the show is how much more relevant it has gotten in the current context. The modern world is indeed a much stranger place, and for all the progress that we have made as a race, there are still plenty of questions that remain unanswered, and the situations we find ourselves in have transcended from being merely bizarre to utterly surreal. Without naming names, our world leaders are slowly being reduced to jokes, and perhaps the most literal embodiment has been the election of an actual comedian as the president of Ukraine. In this world, Peele has always believed that it is the duty of art to raise questions, to make us think, and to get to the bottom of the real issues that underly the situation as we see it unfurl. For this, Peele has always preferred to resort to horror, because it is the best medium of introducing people to the unknown. The moment we face the unknown, we try and ask questions of it, in an attempt to rationalize it and bring it within our discourse of comprehension. Thus, Peele stacks the unknown with socially relevant issues, which get uncovered in our attempts to rationalize, and leads to an epiphanic realization. He has done this in his films, and he does this here.

That being said, ‘The Twilight Zone’ has a lot to live up to, considering the original series became enormously popular. However, considering the alienation in the postmodern world, portraying a bizarre individual nightmare should not be a problem. Hopefully, in the upcoming series, the show will dare to break away from the shadow of its predecessor, and go out and do its own thing. We hope for more tales of horror, suspense, and the macabre, and with Peele in charge, we can be reasonably sure that he will deliver.

The Twilight Zone Season 2 Release Date: When will it premiere?

“Jordan Peele and Simon Kinberg’s reimagining of The Twilight Zone is off to an amazing start on CBS All Access, driving the most viewers on its premiere day for an original series to date,” said Julie McNamara, EVP Original Content at CBS All Access. “Jordan, Simon, the creative team and cast have done a phenomenal job translating the series’ legacy of socially conscious storytelling for modern-day audiences. They are master storytellers, and we look forward to bringing fans further into The Twilight Zone with a second season.”

The renewal of the show is not surprising, considering the fact that the series has been received well and has decent viewership numbers. Our best guess is that ‘The Twilight Zone’ Season 2 will release sometime in April, 2020. We will update this section as and when we hear more.

While we wait for an update on season 2, check out the season 1 trailer to refresh your memories. If you haven’t seen the show yet head over to CBS All Access to catch all the episodes of the first season.

When Will Ugly Delicious S02 Come Out?

The Protector S03: The Complete Details

When Will Go! Go! Cory Carson S02 Land on Netflix?

Will ‘I Am Not Okay With This’ be Renewed?