‘Twin Murders: The Silence of the White City’ Ending, Explained 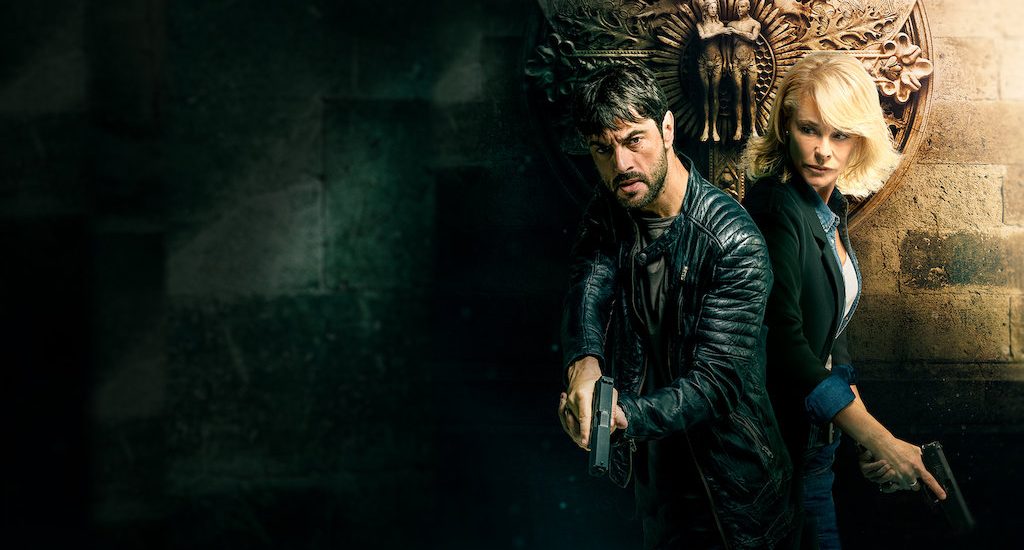 Set in the city of Vitoria, ‘Twin Murders: The Silence of the White City’ is a very competent serial killer-styled murder mystery that follows a familiar “whodunit” format. However, through mild foreshadowing and religious references, it gives a lot of depth to its simple premise. There are certain aspects of its storyline that are presented as a mystery and are open for interpretation but there are also others that are indirectly explained in the film through flashbacks and subtle allegories. So if you had a hard time wrapping your head around the film’s storyline, here’s a detailed explanation of it.

Why was Mario Committing the Murders?

The first half of ‘Twin Murders: The Silence of the White City’ revolves around uncovering the true identity of the mysterious murderer who has gripped the town of Vitoria. The city is stunned when the bodies of a young man and woman are found in an old cathedral and what makes this murder even more horrifying is that their execution has stark similarities with the ones that had gripped the town almost 2 decades ago. Somewhere near the middle, it is finally revealed that the man who is committing the murder is no one else but Mario, husband of the woman who later has an affair with Ayala.

In the first half of the film, the murders come as a surprise to everyone as the one who committed them two decades ago is still in prison. Tasio, the convicted murderer, is often visited in prison by Ayala and with time, he even starts helping him with the new murders. But when it is revealed that Mario is the actual murderer, as a viewer, you find it hard to comprehend why he would do so. With subtle foreshadowing through flashbacks, it is revealed that although Tasio and his twin brother are innocent, the murders do have a lot to do with them.

One of these flashbacks reveals a red-haired boy being bullied by two rich kids (the twins) who mercilessly beat him up at their mother’s funeral. There is another scene in which Ayala’s father takes a look at the picture of the twins’ mother and recalls that she was once the talk of the town for being pregnant with the child of another man. Somewhere later in the film, there is another flashback that reveals the same woman giving birth to a child. But this child is later taken away from her and is replaced with two twin boys. Following all of this, there is a scene where Mario can be seen coloring his hair red. 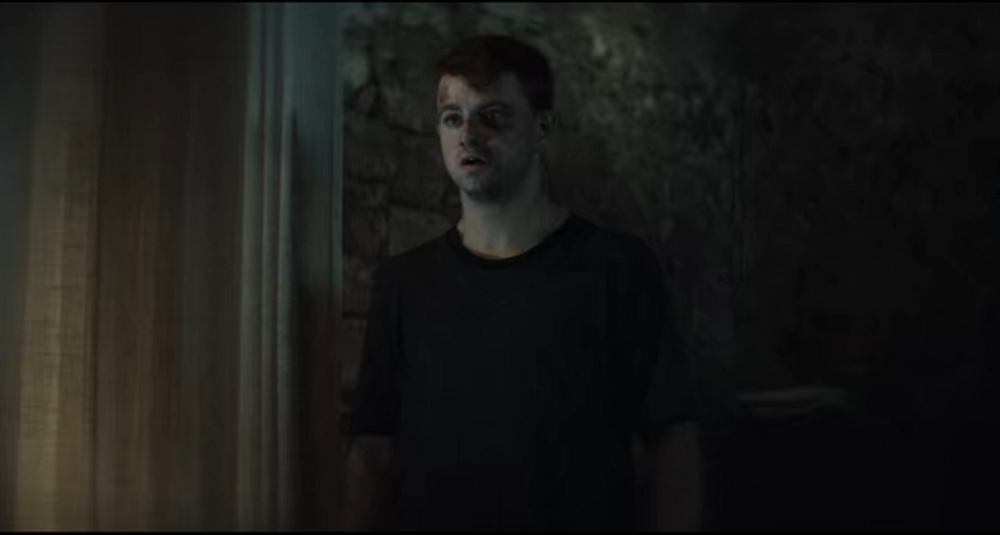 Putting all of these pieces of puzzles together, one would assume that Mario was actually the red-haired kid who, because of his abandonment as a child, committed these crimes. However, there’s a little bit more to it than that. There’s another flashback in which the same redhead kid can be seen being confronted by his father. His father calls him a bastard child and then beats him up. Out of anger, the kid later poisons his entire family with yew leaves and then sets the whole house on fire. When Ayala begins to find links between this boy and the case, he learns that his name was Nancho.

When he sets out to find out more about Nancho’s past, he discovers that the boy had died in a fire caused by a spark from his lamp. Along with this, he also finds an old photo album in which Nancho can be seen with Mario. Turns out that Mario was his roommate in college and they were both close friends. Thus, Mario was committing all these murders just to seek revenge for his friend Nancho. Nacho was the child who was replaced at the hospital with the twins and he was the kid who later confronted the twins at the funeral by telling them that he was the real child of their dead mother.

So here’s what actually happened: all this while, the real Mario did not exist at all. Going back to the scene where Ayala finds an album of Nancho and Mario’s pictures, in the last set of photos, Nancho almost begins to look just like Mario. So being the psychopath that he is, he eventually ended up taking over Mario’s life completely by first killing him and then taking over his identity. This also explains the scene where he can be seen coloring his red hair black. So it wasn’t Mario who was committing all the murders, but it was Nancho with Mario’s identity.

The Symbolism Behind his Murders 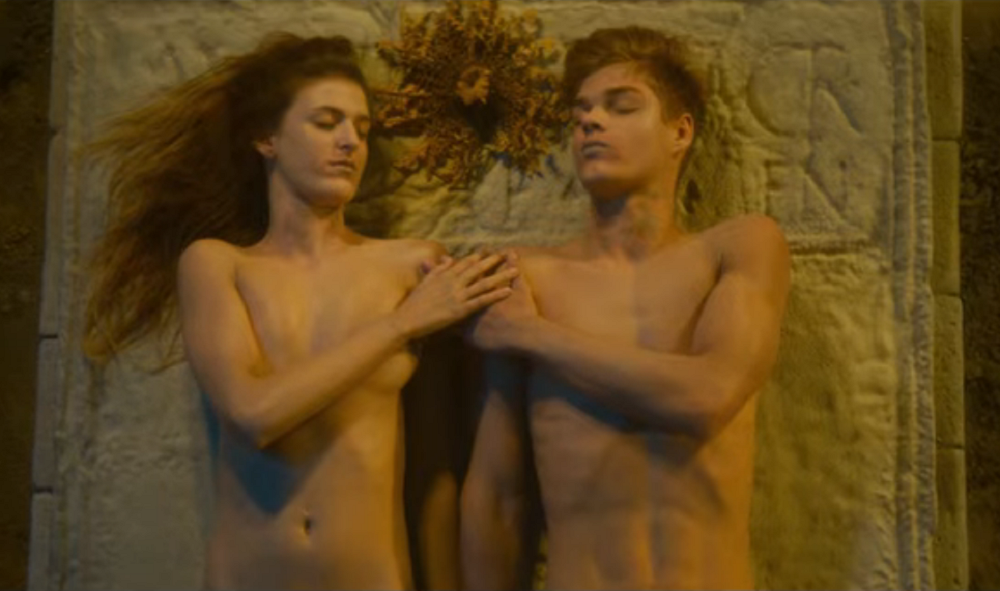 All the murders hold deep symbolism especially in context with religion. Mario specifically uses bees to kill his victims and after he kills them, he sets their bodies in a very specific position with Carlina flowers surrounding them. Another pattern that can be noticed in all of these killings is that all the victims are rich kids. After going through one of Tasio’s old tapes, Ayala visits a nearby Cathedral that has several sculptures and religious impressions of Adam and Eve on the walls. The man who works there tells him all about the significance of these.

He recalls the old tale of Adam and Eve who were banished from Eden after they tried to get their hands on the abandoned fruit. The man also tells them the garden of Eden that surrounded Adam and Even, had sunflowers in it. Ayala also spots images of bees inscribed on the walls and when he asks the man about it, he tells him that the bees were messengers between us and the land of the dead. And finally, the man at the church also tells Ayala that most would recall that Adam and Eve attempted to eat the abandoned fruit from the tree of knowledge which is usually portrayed as an apple tree. But he personally believes that it was a yew tree since its leaves are poisonous.

The reason why he only targeted rich kids is that as a child he came from a poor family and because of privileged rich kids like Tasio, his life was made a living hell. With his murders, Mario considers himself to be somewhat of a God who is banishing all of them from the garden of Eden for all the sins they’ve committed. He probably believes that all rich people are driven by greed because of what happened to him when he was younger and the ancient Adam and Eve story is the perfect allegory for this greed.

In the final moments of the film, Mario is somehow able to capture both Ayala and his cheating wife and he then tries to kill them the same way he killed all of his other victims. But somehow, before he can pull off his entire procedure of choking them with bees, Ayala manages to escape and stops him. In the end, Mario is killed but even Ayala sustains a fatal injury after getting shot in the head.

In the closing moments of the movie, Ayala’s father buries an apple tree underground and that’s when Ayala regains consciousness in the hospital. This probably implies that just like stealing the abandoned fruit from the tree of knowledge can lead to one’s banishment from Eden, giving it back can have an entirely opposite impact. And thus, with Ayala’s father’s prayers and his sacrificial return of the apple tree, Ayala’s life is saved.