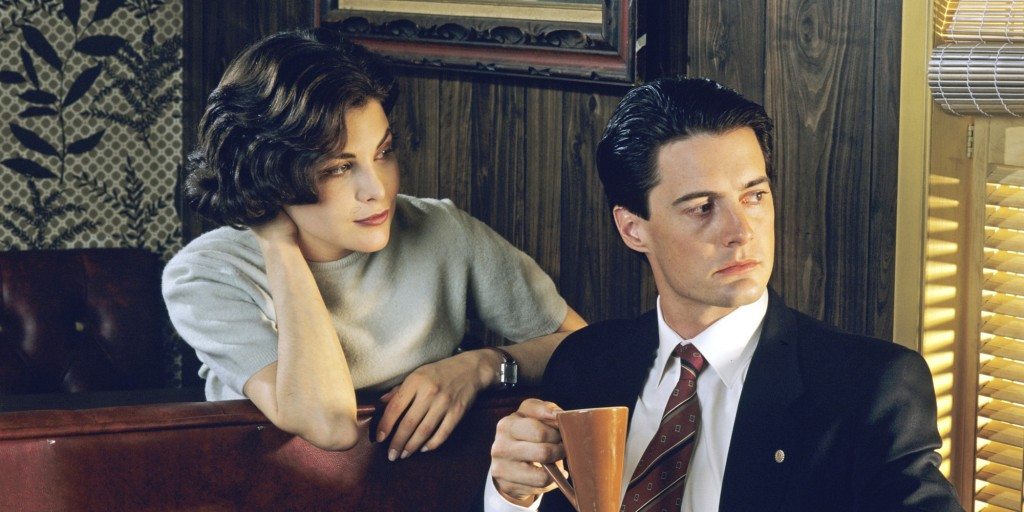 When news broke early this month that the ‘Twin Peaks’ revival would finally premiere on May the 21st, I was giddy with excitement. And how could I not be – it was ‘Twin Peaks’….. (woohoo!) One of the greatest cult classics in TV history, the show ended in a cliff-hanger, with no answers or explanations in quintessential Lynchian fashion. When Showtime first announced the revival in 2014, my excitement was at its peak, before all hopes were dashed when Lynch pulled out. Thankfully, the executives realized quite soon that there would be no ‘Twin Peaks’ without David Lynch and he was brought back on, with co-creator Mark Frost too returning along with most of the original cast. Now, that is no mean feat for a 25-year-old show, and the fans are eagerly awaiting the return to the world of ‘Twin Peaks’ with bated breath. Now, for the uninitiated — you might be wondering what it is about ‘Twin Peaks’ that still commands such a huge cult following and fandom. But to answer that, we might need to dig deeper.

We live in the Golden Age of Television (or so I’m told!). This century has seen some seminal works in Television, from ‘The Sopranos’ and ‘Breaking Bad’ to ‘Lost’ and ‘Game of Thrones’. Along with broadcast networks, the advent of premium cable networks like HBO and Showtime and Internet streaming services like Netflix and Amazon Prime Video have revolutionized the very idea of serialized television. But, it wasn’t always the same. Barring a few exceptions, American Television was once replete with contrived melodrama in the form of daily soaps intended for housewives and the elderly. Mainstream auteurs and film makers (barring certain exceptions like Hitchcock and Altman) steered clear of this medium, which never personified itself as an art form. That is, until one man changed it all with a revolutionary work, something critics and TV experts agree to be the stepping stone to a new era in television. A young, successful indie filmmaker, collaborated with a successful TV writer in early 1991 and created (arguably) the most fascinating work on television ever, a seminal piece of art which set off a domino effect and in turn revolutionized the medium. 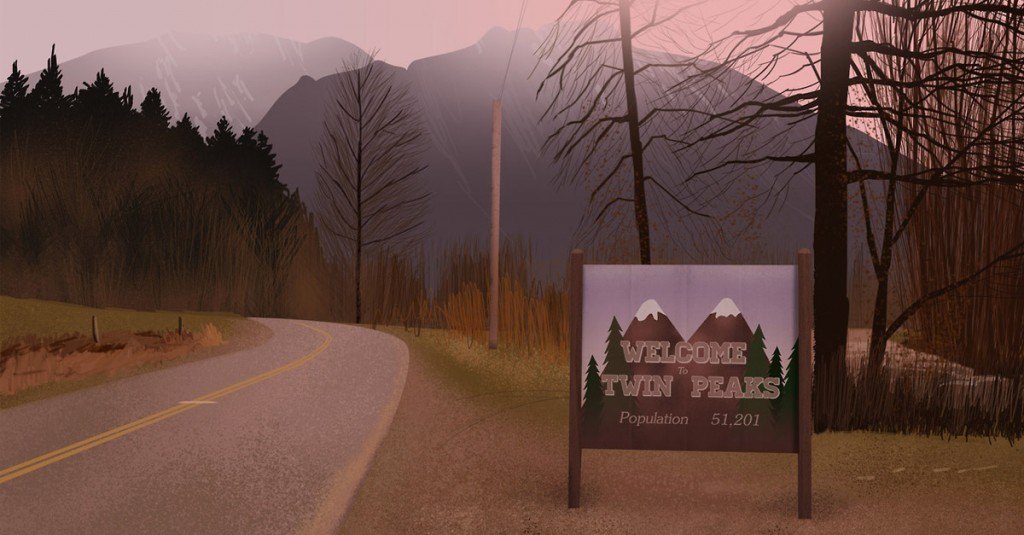 Yes – ‘Twin Peaks’! I had sought out ‘Twin Peaks’ back when I was going through a David Lynch frenzy in 2014 and I was hooked on to the show from the word go. I had never seen anything like it ever (I still haven’t), and every frame carried with it an inexplicable aura and magnetism that had me hooked. As always, Lynch is a master of manipulation and he constantly subverts our expectations by going beyond the realms of what is considered palatable in the conventional sense.

Before the premiere of the show, ABC ran an ad campaign with a simple question – “Who killed Laura Palmer?” And after the premiere of the pilot, the same question reverberated in the minds of the millions of TV audiences who had their first taste of Lynch’s fascinatingly farcical world. Lynch transports us into the picturesque American town of Twin Peaks, and its quirky, innocent and closely knit inhabitants, whose lives take a tumultuous turn with the brutal murder of Laura Palmer, a young, impressionable homecoming queen, the apple of all eyes. And to investigate the horrifying murder comes FBI special agent Dale Cooper, a mysterious and idiosyncratic man who soon gets embroiled in the larger schemes that lay beneath the surface of the town’s glossy exterior. I cannot, in good conscience reveal anything more about the plot or the narrative, but suffice to say the Lynch truly pulls the rug from underneath our feet and we slowly lose grip of reality and logic in the magical world that he crafts. 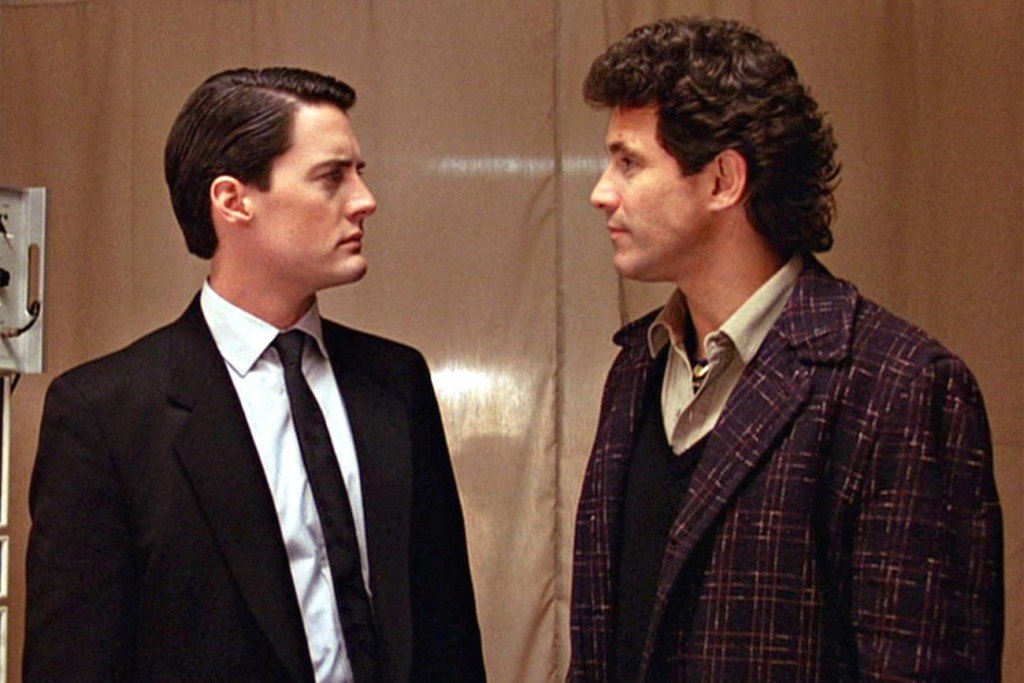 Unlike a lot of TV shows until then, Lynch had conceived the entire first season a really long movie, allowing his characters to mature and develop as he slowly unravels the mystique surrounding the town and its people. And that really shows in every frame, because it really looks like an artistic endeavor rather than a means to pass your time. Lynch demands our complete attention as he slowly guides us into the dreamscape of a world that Twin Peaks is, surprising us in ways unimaginable. The show grapples with very complex themes and philosophies which are present in a lot of his other works, but here he works around them with a sense of confidence and deftness that surprised me. Just like ‘Blue Velvet’, ‘Twin Peaks’ is a study of small-town idealism, and paints a compelling portrait of the gulf between the veneer of small-town respectability and the seedier layers of life lurking beneath it. As the series progresses, the double-lives of the various characters are exposed and the façade of innocence that draped the entire town is pulled away. But what is even more interesting is that the show even then manages to maintain a parodic tone and it pulls it off with startling ingenuity. ‘Twin Peaks’ is in many ways a scathing Lynchian indictment of the overwrought mediocrity that adorned TV screens till then, all the while exemplifying the infinite possibilities of this unexplored medium. This duality of the show – wherein, while being quite dark and unsettling in the line of horror thrillers, it also has a rather campy, melodramatic portrayal of quirky characters engaged in morally dubious activities, reflecting a bizarrely comical parody of American soap operas – is what ultimately makes it a masterpiece.

‘Twin Peaks’ is a show that cuts across genres and breaks new ground in the realm of mini-screen dramas. It is a dark mystery-thriller; yet humorous and trippy and seamlessly intertwines elements of horror, fantasy and science-fiction. In fact, it creates an alternate parallel world that exists in another dimension, and the mysticism and aura of that world is disturbingly seductive. And a lot of the credit goes to the creators’ inimitably brilliant characterizations. While beginning with a fairly straightforward premise, ‘Twin Peaks’ reveals quite early on that it isn’t about the plot or the lead characters; rather it is about the town itself, its people and the allure of the mysteries that inhabit its woods. 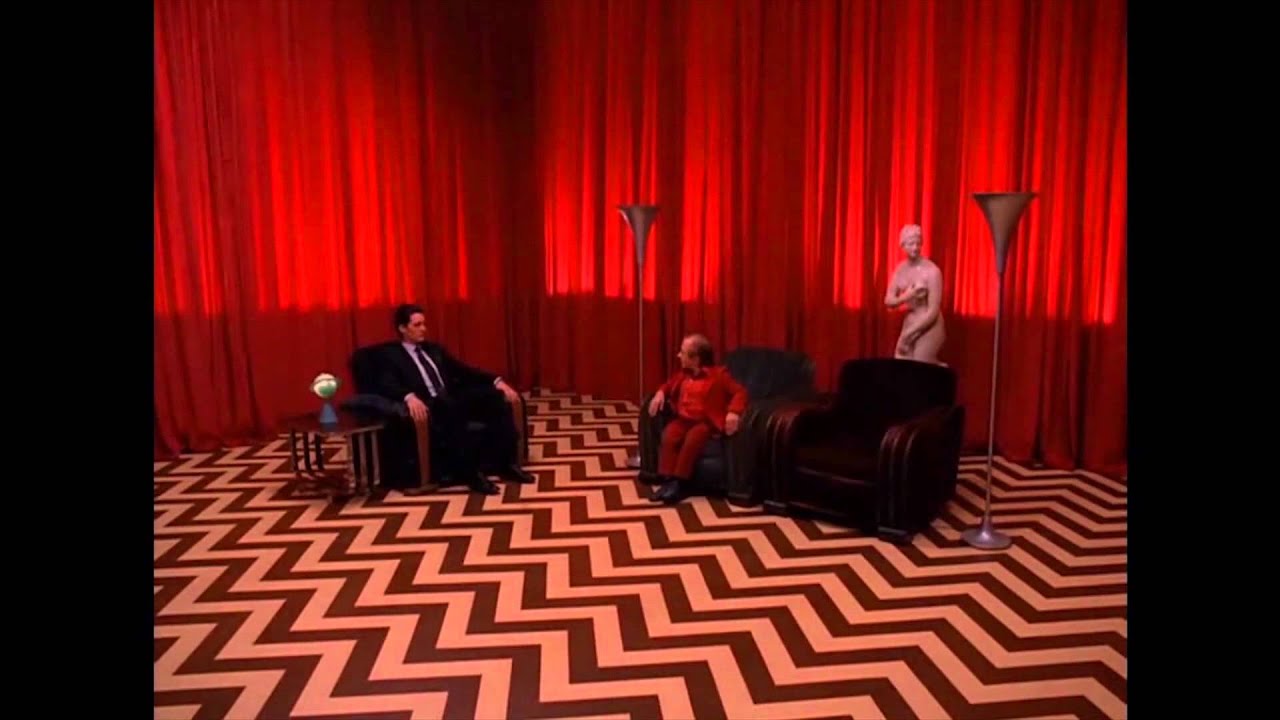 I don’t think it is necessary to talk about the performances or the technical finesse of show as it all an intrinsic part of the whole experience. But, it would be a crime if I don’t talk about the music; the ethereal, hypnotic music composed by Angelo Badalamenti is what ultimately makes the world of ‘Twin Peaks’ so hauntingly enigmatic. Arguably the greatest soundtrack in the history of Television, the music here complements the magnetism of the world that Lynch has constructed, and ultimately becomes an inseparable part of the ‘Twin Peaks’ experience. From the brilliant Opening Theme music to the heart-breaking Laura’s Theme, the soundtrack will transport you into the intoxicating world of Twin Peaks.

‘Twin Peaks’ isn’t perfect, however. In fact, far from it; the show lost its way in the second season thanks to studio influence. Lynch and Frost began with the simple premise of a murder mystery – “Who killed Laura Palmer?” – but that was a question they never intended to answer, rather using it as a portal into the town’s larger mysteries. But once studio executives decided to kill the goose that lay the golden eggs, Lynch and Frost got busy with other projects and the show went downhill. Lynch returned for the finale, bringing back the surrealism and aura of yore with one of the show’s greatest episodes, ending in an agonizing cliff-hanger that frustrated audiences and provoked angry responses. Hopes of the fans rose again when Lynch decided to make a feature film (‘Fire Walk With Me’) top serve as a prequel (and sequel) to the show, but they were all dashed as he completely changed the tone and tenor in the movie and raised even more questions without answering any. Knowing Lynch and his cinema, I was far from surprised when I saw it; in fact I am glad he did not fall into the trap of satisfying audience expectations, something which a lot of contemporary shows are susceptible to.

Today, television isn’t what it was in the 90s, it is bolder, more innovative and more ambitious, and we have Lynch to thank for it. He just ambled in nonchalantly and opened the floodgates, paving the way forward for all those who came after him. Today, even the legends of cinema like Martin Scorsese and Woody Allen are exploring television – a testament to how much things have changed in the last 25 years.

And that’s probably why I am uncharacteristically excited for the ‘Twin Peaks’ revival. Not that there aren’t enough reasons to be excited – Frost and Lynch have co-written all the episodes and Lynch has directed all of them, filmed in one go as an 18-hour-long movie. But while I am usually circumspect about hype, I must admit that I have never looked forward to anything like the way I am awaiting the return of ‘Twin Peaks’. Maybe, it won’t live up to my expectations, but with Lynch at the helm, that’s a risk I’m willing to take.

Lynch recently commented publicly that “Cinema is dead” and that “Cable Television is the new art-house”, and while I completely disagree with that assessment, if there is anyone for whom it is true, it is Lynch. In fact, that’s what he did with ‘Twin Peaks’ – he created the first television art-house, and I will always be grateful to him for that.

Read More: Every Movie of David Lynch, Ranked From 10 to 1