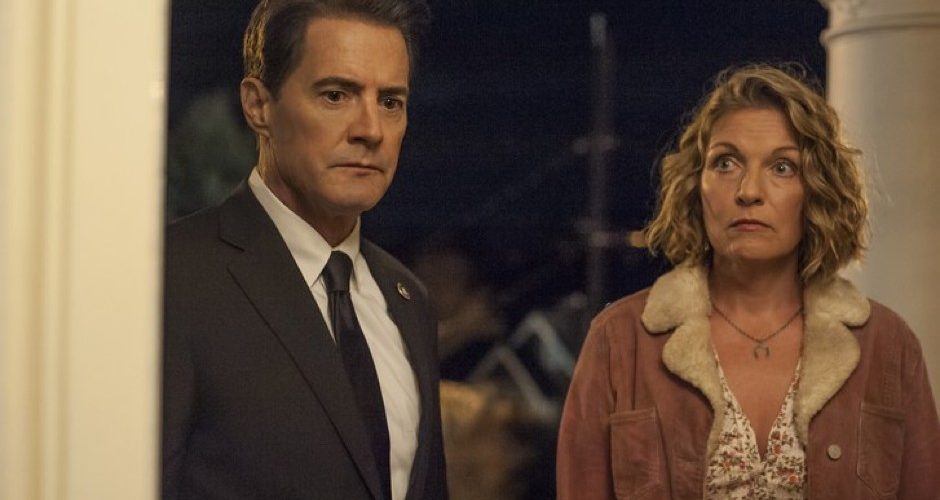 If you are a connoisseur of thrillers, then there is no way you aren’t familiar with David Lynch’s work. ‘Blue Velvet’, ‘Mulholland Dr’ (a movie that still baffles me, after all this time), ‘Eraserhead’ are some of his best-known films. He turned to television with ‘Twin Peaks’, which aired on ABC and became a landmark in the method of storytelling on the idiot box. Despite having a unique concept and receiving great response from the critics, the show suffered from low ratings and was cancelled after the second season. A movie, ‘Twin Peaks: Fire Walk with Me’, was released in 1992, which served as a prequel for the series.

The show further continued to serve as an inspiration for many directors, screenwriters and even video game developers. Over time, it succeeded in winning the hearts of the audience and gained a steady cult following, which led Showtime to consider its investment in a new season for the show. After years and years of waiting, the third season, ‘Twin Peaks: The Return’ premiered in 2017 and, once again, received rave reviews, profiting, this time, from the already built fan base. The show retained its dark themes and subtle humour, tweaking its iconic music theme by just a pinch. The third season proved why the story needed continuation and that fans shouldn’t be deprived of this pleasure.

Twin Peaks Cast: Who’s in It?

Due to the 25 years difference between the second and the third, there are some changes in the main cast members. However, the difference isn’t much because, thankfully, most of the original cast returned to reprise their roles. As the plot advances, the list of the characters gets longer. Even Lynch plays one of the recurring roles. Here is a condensation of the main cast and characters.

Kyle MacLachlan, the Golden Globe winner and Emmy nominated actor, plays the role of Special Agent Dale Cooper. He comes to the town of Twin Peaks in order to investigate the murder of a young girl. This case leads him on a path that changes his whole perspective about the world around him. MacLachlan’s best-known roles are the ones that he did for Lynch. ‘Twin Peaks’, ‘Blue Velvet’, ‘Dune’- the actor has frequently collaborated with Lynch on multiple occasions, the success of which shows exactly why. He has also appeared in TV shows like ‘Sex and the City’, ‘Desperate Housewives’, ‘How I Met Your Mother’ and ‘Agents of S.H.I.E.L.D’.

Dana Ashbrook plays the role of Bobby Briggs, who was the boyfriend of Laura Palmer and also one of the suspects in her murder. The character saw many ups and downs throughout the three seasons, which gave Ashbrook a great chance to display his acting talents. He has also appeared in films and TV shows like ‘Hostages’, ‘Crash’, ‘Dawson’s Creek’, ‘New Alcatraz’, ‘The Opposite Sex’ and ‘The Coriolis Effect’.

Mädchen Amick plays the character of Shelly Johnson, the girl who Bobby has an affair with. Shelly’s story is one of the important factors of the show because it offers a chance to bring some serious issues to light. Amick played it with perfection. Her other acting credits include ‘Witches of East End’, ‘Sleepwalkers’, ‘Riverdale’, ‘Central Park West’, ‘Gilmore Girls’ and ‘My Own Worst Enemy’.

Richard Beymer plays the role of Benjamin Horne, one of the richest men in town who becomes one of the primary suspects in the murder investigation. A veteran actor, Beymer is known for his work in ‘West Side Story’, ‘The Stripper’ and ‘The Diary of Anne Frank’, among many other credits.

Sherilyn Fenn plays the role of Audrey Horne, Benjamin’s daughter who is a rebel with many causes. Her infatuation with Dale Cooper leads her to become one of his potential love interests, but there are other things in the show that keep her occupied more than him. Fenn is an Emmy and Golden Globe nominated actress who has worked in films like ‘Of Mice and Men’, ‘Boxing Helena’, and TV shows like ‘Tales from the Crypt’, ‘A Season in Purgatory’, ‘Rude Awakening’, ‘Boston Public’, ‘Gilmore Girls’, ‘Ray Donovan’ and ‘Shameless’.

Twin Peaks Plot: What’s It About?

The mystery begins with a murder. A man finds the dead body of a young girl on the river bank. The mystery surrounding the case leads to the appointment of FBI Agent Dale Cooper to solve the case. On closer analysis, he discovers that this murder is related to another, the one that took place in Washington, a year ago. The killer had left their mark inside the fingernail of the victim. Convinced that the killer is in Twin Peaks, Cooper decides to find out more about its inhabitants, their history and how much hold some of them have on the town. Further, it is revealed that the victim, Laura Palmer, could have gotten herself killed due to her involvement with prostitution and drugs.

The plot thickens with revelations of secrets about the people who knew Laura and the troubling dreams that Cooper begins to have. Over the next two seasons, new doors open up for him and his situation only gets more difficult by the day. The more answers he tries to find, the more questions pop up in front of him. The more questions he asks, the more dangerous it becomes for him. The genre of mystery soon merges with sci-fi and horror. Parallel worlds, doppelgangers and whatnot become crucial parts of the story and the storyline turns increasingly convoluted.

Twin Peaks Season 4: When will it premiere?

‘Twin Peaks’ season 3 premiered on May 21, 2017. It was a continuation of the second series, which had ended with a nail-biting cliff-hanger. The cancellation forced a 25-year hiatus on it. With a show as multifaceted as ‘Twin Peaks’, it is hard to believe that there can be a shortage of material for the story. The third season built further on the mythology of the show, and with something crafted so intricately, every new thing comes under scrutiny. One of the characters introduced in the final episode presents a loose thread that might become the basis of the next season.

David Lynch himself admitted to the fact that he isn’t yet completely done with the show. He teased some prospects for the next season, which is great news for the fans. The sad news is that there isn’t a proper set-up of it yet. What will it be about? How will the story move forward? Who will return for the next season? Nothing is set in stone. According to Lynch, it took almost 4-5 years to come up with the new season. So, even if we are going to get another, we shouldn’t expect it soon. Our best guess is that if the show does get renewed, Twin Peaks season 4 release date could be sometime in 2021 or 2022. Rest assured, as soon as we get new information, we will update this page.

‘Twin Peaks’ is one of the best in the thriller genre and there is a reason the fans of the show can’t stop talking about it. If you haven’t seen any season of the show, head over to Showtime. If you are yet to watch the third season, here is the trailer to give you a peek.