When Will Twin Turbos Come Back on Discovery? 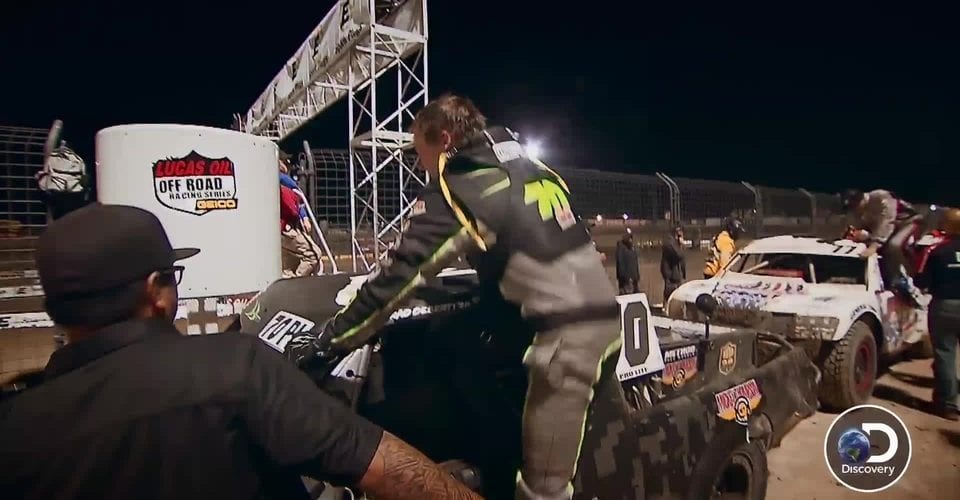 ‘Twin Turbos’ is an American reality television series which airs on the Discovery Channel and follows a father-son duo whose lives revolve around making exquisite and outrageous state-of-the-art vehicles.

Season 1 of ‘Twin Turbos’, consisting of eight episodes, premiered in March 2018 and received good reviews from car enthusiasts around the world. Hence, it was again renewed for a second season. Since then, fans of the show have been waiting to hear news on another season. So, will there be a ‘Twin Turbos’ season 3? We will address this question but first, let’s quickly check out the details of the series.

Twin Turbos Cast: Who is in it?

Being a reality show that’s centered on a custom car-building duo, ‘Twin Turbos’ does not have a very long list of cast members.

The two main personalities in the show are Doug DeBerti and his son, Brad DeBerti. A known name in the world of custom cars for over 25 years, Doug is an automobile engineer who not only has outrageous ideas but also has the ability to execute them.

His son Brad is a different beast altogether. Known for being a racing prodigy, Brad harbors dreams to become one of the greatest NASCAR drivers of all time. The youngster made his debut in the motorsports world in 2014, and quickly took it by storm – he went on to win the 2015 Pro-Light Rookie of the Year Award, and followed it up by winning the 2016 Lucas Oil Off-Road – Pro-Light championship.

However, Brad’s racing career took a back seat when he met with a road accident that nearly cost him his life. Having recovered from the accident, Brad is once again hell-bent on becoming the best NASCAR driver the world has ever seen.

Apart from these two, another major presence in the show is that of NASCAR driver Joey Logano, who has 22 wins to his name. In the show, Joey steps into coach Brad for NASCAR and prepare him for his dream.

Season 3 of ‘Twin Turbos’ is expected to follow the DeBertis as they continue their experiments with building some of the most outrageous, mean machines.

What is Twin Turbos about?

The show is set in Arroyo Grande in California and follows the daily happenings at DeBerti Designs, the custom vehicle shop run by Doug and Brad. For those unaware, DeBerti Designs is almost a household name in the world of vehicle customization, and have created a one-of-a-kind, state-of-the-art vehicles which have ranged from a truck that is modeled after a fighter jet to the world’s first drift racing truck.

Further, Doug is also the founder and president of Trenz, the biggest aftermarket aluminum manufacturer in the US, and has a great track record of working with the automobile industry, having worked with major companies like Ford, GM, and Dodge on various truck designs, prototypes, and other projects.

This is precisely where DeBerti Designs and Doug’s other business, Trenz, come in, and Doug plans to use profits from two of his businesses to fund Brad’s foray into NASCAR. For the same, Doug and Brad have to come up with innovative car designs that take the world by storm.

As far as Brad’s story is concerned, the show picks up two years after Brad’s major accident, where Brad’s truck had rolled over seven times, nearly resulting in the young driver’s death. However, Brad survived and recuperated, and in the show we see him gearing up to get in the driver’s seat again.

While Doug had earlier served as his coach and spotter, we see Brad getting a new coach in the show in the form of veteran NASCAR driver Joey Logano, who has 22 career wins in the extremely competitive world of motorsports. Joey takes Brad under his wing and prepares the youngster for his impending entry into the competitive world of NASCAR.

Season 2 continues to chronicle the journey of the DeBertis as they stick to their goals of creating some of the globe’s most innovative, custom cars. After having received the 2018 SEMA Auto Show’s Best in Show Award, the DeBertis aim for another win with a vehicle called “The Transformer Truck” — designed to feature the storage capacity of a stock tool truck while showcasing a stylish body of an F-250.

Additionally, the DeBertis are still debating if it’s wise to leave their hometown and set base in North Carolina to grow their venture and further Brad’s dreams. Meanwhile, Brad is struggling to find a sponsor and as a result, he is forced to partake in Rally Racing while participating in a tryout for the Dirtfish rallycross team. But complications arise when Brad understands that the cars he seeks to race are completely different from the ones he had driven before.

Toward the end, Doug and Brad realize that they have only 45 days to finish their final race truck prototype and close off their old shop. Meanwhile, Brad participates in an intense rallycross race that could alter his entire career.

Twin Turbos Season 3 Release Date: When does it premiere?

Thanks in part to the hype surrounding Discovery’s first-ever Motor Mega Week, the debut season of ‘Twin Turbos’ received very positive reception in early 2018. Looking at how well it satisfies its niche car enthusiast audience in innovative ways, ‘Twin Turbos’ may shape up to be a decade-long mainstay for Discovery if the network runs with an automobile-based slate every year.

And hence, we are positive that it will receive yet another renewal. If things fall in place, ‘Twin Turbos’ season 3 should premiere sometime in December 2020.

You can watch the official trailer for ‘Twin Turbos’ below: