Tye Sheridan had a dream-like debut at the age of 11 in the 2011 movie ‘Tree of Life‘ directed by Terrence Malick. The boy actor played the character of Steve alongside Brad Pitt, Jessica Chastain and Sean Penn. Terrence Malick, who is known as a staunch perfectionist, handpicked Sheridan after an exhaustive search of more than 10,000 boys. ‘Tree of Life,’ which was premiered at the 2011 Cannes Film Festival, brought home the coveted Palme d’Or and an Academy Award nomination for Best Picture. Sheridan continued his success with the 2012 movie ‘Mud,’ in which he played the lead role of Ellis alongside Jacob Lofland and Matthew McConaughey. When the coming-of-age drama was premiered at the 2012 Cannes Film Festival, Sheridan got a Critics’ Choice Award nomination for his stunning portrayal of the transformation of Ellis from a boy to a young man.

Sheridan won the Marcello Mastroianni Award for the best upcoming young actor at the 70th Venice International Film Festival for his role of Gary Jones in the 2013 film ‘Joe’ starring Nicolas Cage. Sheridan teamed up with John Travolta in ‘The Forger’ in 2014. The young actor joined the ‘X-Men‘ universe with the 2016 movie ‘X-Men: Apocalypse‘ as the mutant Scott Summers/Cyclops. He got his breakout role in 2018 when Steven Spielberg roped him in for the lead character in the sci-fi extravaganza ‘Ready Player One.’ Sheridan portrayed the character Wade Watts a.k.a. Parzival in the movie, which earned him critical praise. It was the first blockbuster in his career.

In the 2015 movie ‘Dark Places,’ which is an adaptation of Gillian Flynn’s novel of the same name, Sheridan played a major role alongside Charlize Theron, Chloë Grace Moretz and Nicholas Hoult. His 2018 film ‘The Mountain‘ premiered at the Venice Film Festival. Sheridan bagged the Golden Goblet Award at the Shanghai International Film Festival for his performance in ‘Friday’s Child’ in the same year. His other major works include ‘Entertainment,’ ‘The Stanford Prison Experiment,’ ‘Last Days in the Desert,’ ‘Scouts Guide to the Zombie Apocalypse,’ ‘The Yellow Birds,’ and ‘Grass Stains.’ So now you might be wondering what is the next Tye Sheridan movie or TV show? Well, here’s the list of upcoming Tye Sheridan films and TV shows scheduled to release in 2019 and 2020. We can only hope that the latest Tye Sheridan movies would be as good as some of his recent ones. 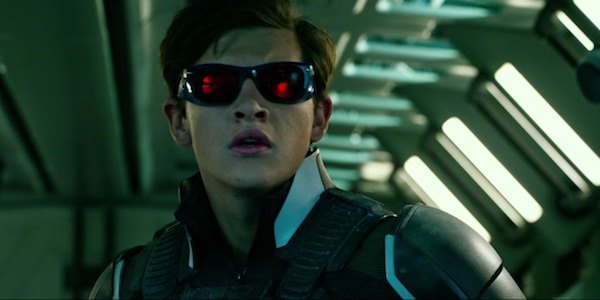 Tye Sheridan reprises his iconic role of Scott Summers/Cyclops in the upcoming ‘X-Men‘ spin-off, ‘Dark Phoenix.’ Known for the constantly emitting dangerous beams of concussive force from his eyes, Cyclops is a unique mutant in the ‘X-Men’ universe. In order to control the enormous power, Cyclops always wears a ruby quartz sunglasses. Tye Sheridan first appeared as Cyclops in the 2016 movie ‘X-Men: Apocalypse.’

‘Dark Phoenix’ features Sophie Turner as Jean Grey/Dark Phoenix. The plot follows Jean Grey’s actions under the influence of Dark Phoenix after her disastrous collision with the dangerous beams in the outer space. Cyclops, who knows how difficult it is to get along with untamed force within him, seems to understand Jean’s dilemma of dealing with her immense power. James McAvoy, Michael Fassbender, Nicholas Hoult, Alexandra Shipp, Kodi Smit-McPhee, Evan Peters, and Jessica Chastain play other major characters in the movie. ‘Dark Phoenix’ also marks the directorial debut of longtime ‘X-Men’ collaborator Simon Kinberg. The movie hits theaters on June 7, 2019. 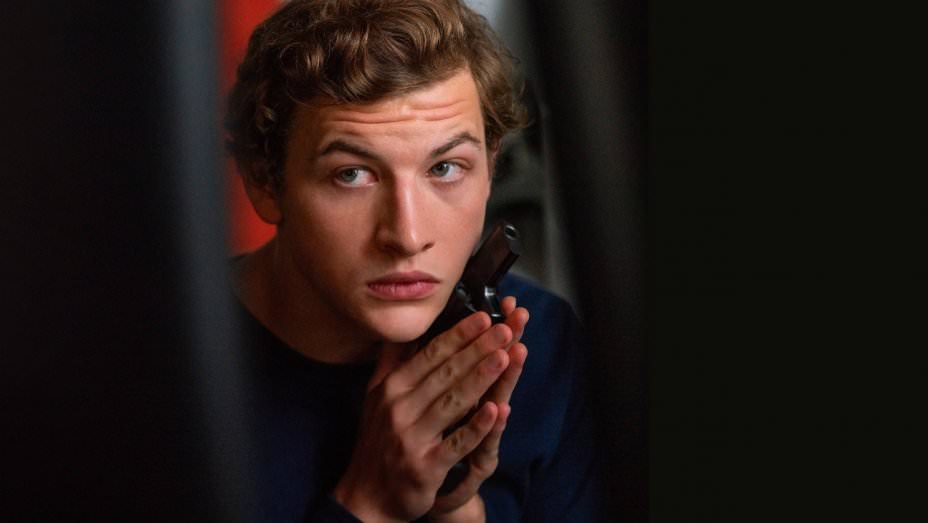 ‘The Night Clerk’ is an upcoming murder mystery featuring a highly intelligent and autistic Bart Bromley as the central character. Tye Sheridan portrays Bromley who works as a late-night reception clerk in a hotel. During the late hours of his work, Bart uses the surveillance cameras to record the movements of guests in the hotel premises. He makes use of the CCTV footage to improve his social skills. But when a female guest is murdered under mysterious circumstances, Bart becomes the prime suspect. The unexpected events put him in a dilemma because he is not allowed to release the footage which holds the crucial evidence to prove his innocence.

During the uncomfortable ordeal of the investigation, Bart becomes close to a woman among the guests named Andrea (played by Ana de Armas). Soon, he realizes that he has to make a decision and stop the second murder in the hotel, for which Andrea is most likely to be the victim. The movie also stars Helen Hunt and John Leguizamo. ‘The Night Clerk’ is written and directed by Michael Cristofer. 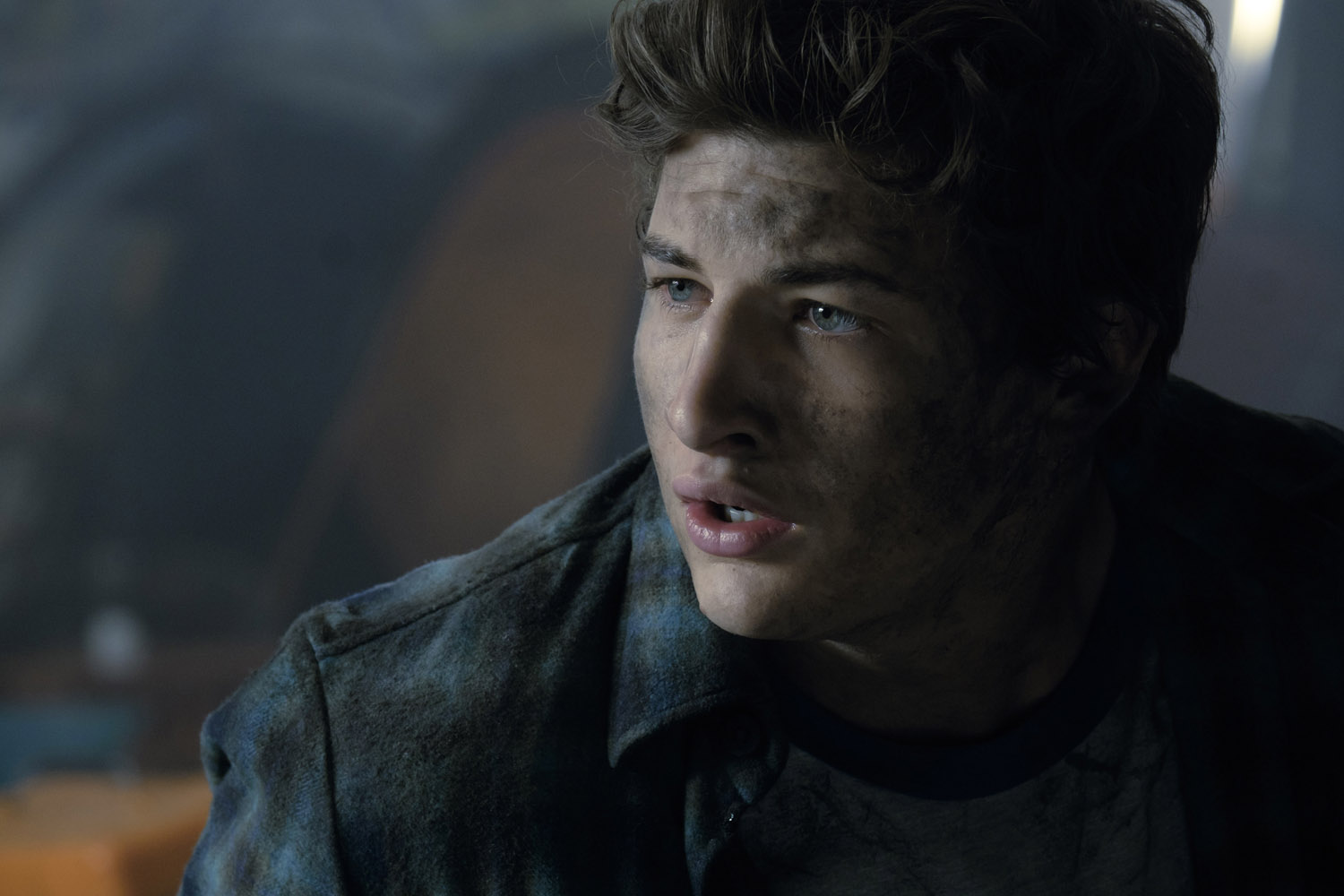 ‘Voyagers’ is an upcoming sci-fi thriller directed by Neil Burger, who is known for ‘Divergent.‘ The movie features an ensemble cast that includes Tye Sheridan, Colin Farrell, Lily-Rose Depp, and Fionn Whitehead. The plot centers on a group of 30 children who are dispatched to a multi-generational space mission to populate a distant Earth-like planet. But when the captain of the spaceship is killed under mysterious circumstances, the crew split apart and form warring gangs within the ship. They unleash their most predatory impulses in the mayhem that follows, reports Deadline. Details of Sheridan’s character are still under tight wraps. The movie begins production in Romania in June 2019. 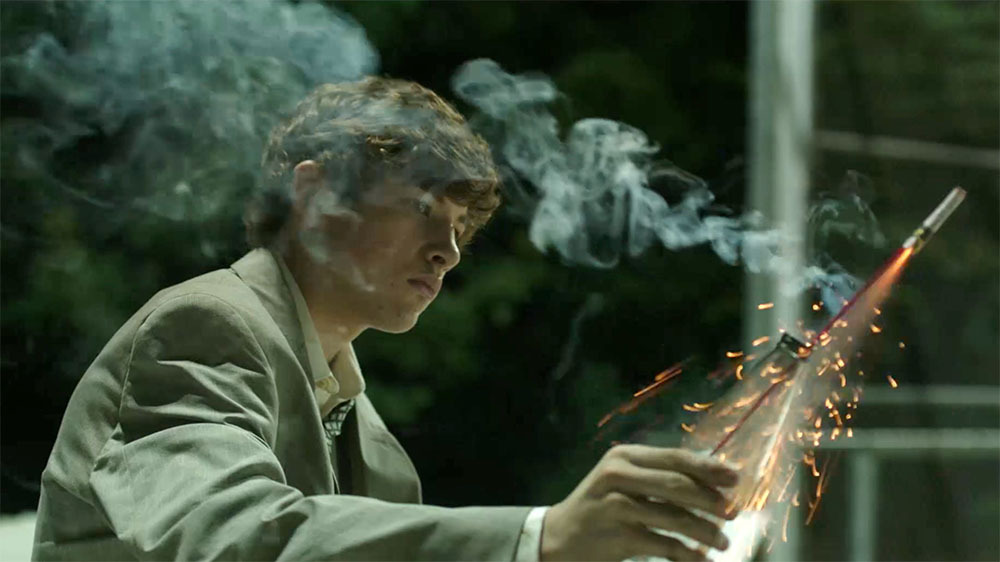 Tye Sheridan will be seen alongside Mel Gibson in the upcoming indie drama ‘Black Flies.’ Based on the novel by Shannon Burke, the movie tells the story of a young paramedic Ollie Cross (played by Sheridan). During the first year of his job, Cross teams up with the senior medic named Rutkovsky (played by Gibson). The veteran medic leads a romantic Cross into the shocking realities of the underbelly of New York City. Rutkovsky breaks open the young man’s preconceptions about crime, homelessness, drug use, sex, and survival with living examples. Soon, Cross realizes that his belief of life and death are turning on its head, reports Variety. Jean-Stephane Sauvaire, who has previously directed the critically acclaimed movie ‘A Prayer Before Dawn,’ is set to direct the film.

Tye Sheridan teams up with Nikola Todorovic, who is the co-founder of the actor’s VR production company Aether, for the upcoming flick ‘The Exceptionals’. The film explores the meaning of being successful through the life and career of former World No. 2 professional tennis player, Tommy Haas. The sportsman tries to answer the eternal question of “what makes a person succeed?” in the movie. Nikola Todorovic directs the film from a script he co-wrote with Sheridan. Aether is a joint VR venture from Todorovic and Sheridan to explore the enormous possibilities of virtual reality through groundbreaking films.