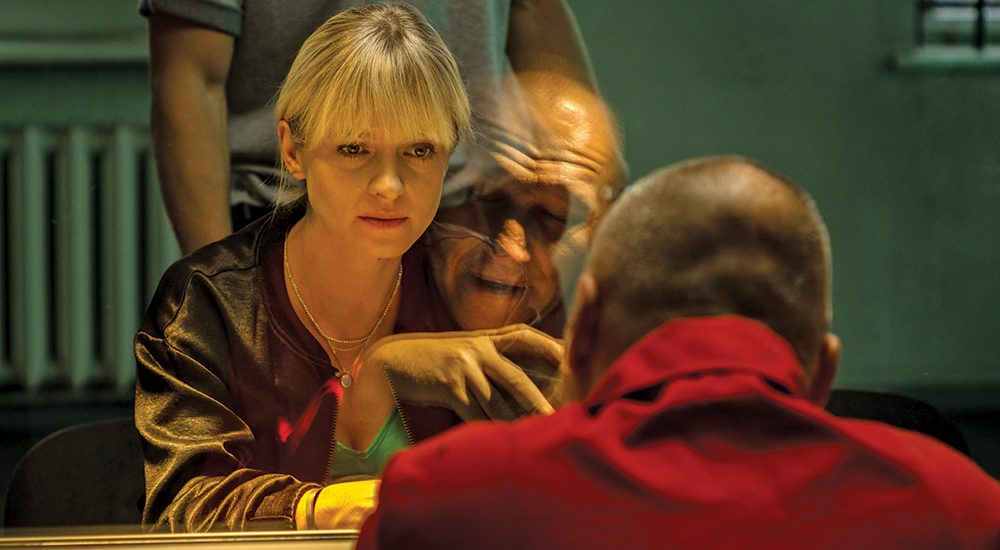 ‘Ultraviolet’ is a Polish series that follows the story of a woman who becomes a part of the group that digs up cold cases and solves them without the help of the cops. The main character of the story is Ola. She befriends the Violets on the Internet and uses the help of a cop, Michal Holender, to connect the two organizations and effectively solve every case. While every episode deals with a new crime, there is one thing that is a constant presence in the background for Ola- the death of her brother.

If you haven’t yet seen the show, you should head over to Netflix, and come back once you are all caught up with the story. From here on, the article is going to be heavy on spoilers and you don’t want that. SPOILERS AHEAD

The second season of ‘Ultraviolet’ closes the mystery of whether Ola was right about her sister-in-law, and if yes, then why did Ilona kill her husband. There are a number of forces at play here. Let’s take a look at the events of the show and find out what happened to Maciek.

The reason that pushes Ola towards Ultraviolet is the sense of injustice that she experiences after the death of her brother. He had been shot dead by his wife and while Ola was convinced that it was not in self-defence, the cops didn’t find any evidence to support her theory. In their defence, there really was nothing that could convince them otherwise. However, Ola never gave up and she was constantly working to find out what had happened that night.

In the first season, she tries to get Michal on her side, to get the files from him and see if the cops had missed something in their investigation. By the finale, we don’t get any resolution on that part. We are left wondering if Ola was right or just paranoid? While we are not given a direct answer to that, we are given enough to piece together the information and make a picture of what did happen between Maciek and Ilona that night in the second season.

The Ending: What Happened to Maciek?

The first two episodes of the second season give us a hint that Ola’s instincts were right after all. Turns out, it was all a part of a very big conspiracy taking place, not just throughout the city but also the entire country. Ilona was the part of a company that would buy tenement houses, mostly illegally. They would evict the tenants, not caring what happens to them after that. They had been doing it for a very long time.

For most of the tenement houses they would forge documents for the ones that belonged to the people who could not be accounted for. These people were either dead or had moved away to some other country. Most of them were Jews who had been driven away from Poland during the war, and tracking them down to investigate the claims of the company would be a hassle for the court, if the matter was ever brought to that extent. Ilona worked for these people. She would help track down such properties and then find ways to lay their claim on them.

One of those buildings belonged to the Serafin family. At that time Maciek was the one who was in charge of it. Now, because he was a living, breathing person who lived in the same city, it was not prudent to forge his documents for the settlement of the house. He could easily go for a counterclaim and prove that the company was a fraud. This, in turn, could open up Pandora’s box and unravel all the hard work that they had done over the years. The only way for them to get that place was to legally take it over from Maciek. Or, they could find another way.

Ilona was sent to woo Maciek. He would fall in love with her, they would get married. And then, either she could convince him to sell the place, or she could get it transferred on her name. It was always supposed to be that way. It worked really well, as Ilona succeeded in convincing Maciek to their cause. She showed him how he could make millions more if he just gave up the place rather than keeping it for the tenants he didn’t even know. He agreed and even helped her claim other places as well.

However, after some time, his conscience got the better of him. He decided to back down in the last moment. He loved Ilona, but he didn’t want to give up the one thing he had received as his legacy. Now, for once, Ilona could have made her peace with it, but her bosses wouldn’t. She knew how dangerous it would get for the both of them and tries to convince Maciek to be true to his word and get over with the deal. When that doesn’t happen, the boss herself comes down to their place to see what is going on.

They have a heated argument, where things get out of hand. Also, the boss knew that it would be easier for them to manipulate the next of kin and now that Maciek was turning his back on them, they couldn’t trust him. So, it would be best for everyone, if he just died. And she kills him. So, when it really came to the truth, Ilona didn’t kill her husband. But she did help in the clean-up. One of the tenants, who has been going through some hard time in his life, is given the chance to make some money by helping them with the clean-up. There is another reason that he has to agree with it. If he doesn’t do what they want, they will kill his daughter. This man is also used to kill Ola’s cousin, and eventually becomes the witness who helps Ola catch the true killer.