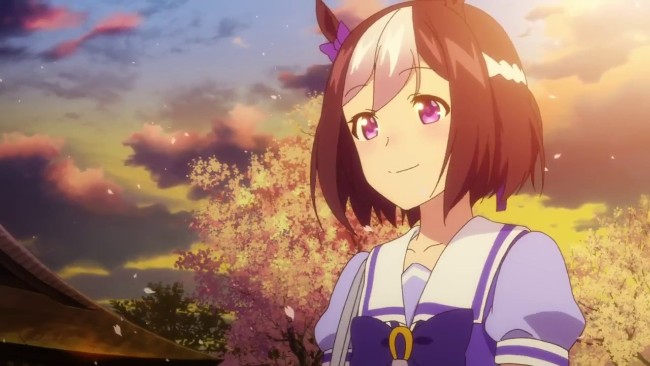 Uma Musume: Pretty Derby (also known as Uma Musume Puritī Dābī, in Japanese) is a slice of life anime television series which is based on a manga of the same name and is part of a multimedia franchise created by Cygames. Written and illustrated by S. Kosugi, the manga series began serialization on the Cycomics app in 2017, and new chapters are being published even to this day. Subsequently, famed Japanese animation studio P.A.Works announced plans to adapt the manga series into an anime television series and Season 1 of Uma Musume: Pretty Derby premiered on April 2, 2018. The anime adaptation was deemed to be a success by fans of the manga series and newcomers alike, and since then, fans have been eagerly waiting for news on a second season of the show. Here’s everything we know about the prospects of Season 2 of Uma Musume: Pretty Derby thus far.

Uma Musume: Pretty Derby season 1, consisting of 13 episodes, premiered on April 2, 2018 and ran till June 18 of the same year. As mentioned earlier, the show managed to garner pretty high ratings and it was unsurprising when P.A.Works decided to release three special episodes on December 19, 2018, under the title Uma Musume: Pretty Derby – BNW no Chikai. Since then, however, there has been no news on a second season and it remains to be seen whether a second season is made at all.

If you’re among the people who are waiting for news on a second season, a non-renewal for now is nothing to get worked up about. There’s plenty of time left for P.A.Works to announce a second season. If by 2021, there is no renewal announcement, then there’s reason to worry. However, we think that it won’t go that far. Since new chapters of the manga series are still being published, there’s more than enough source material for a second season, and we think it’s only a matter of time before P.A.Works announces a renewal. However, the anime industry is an unpredictable one and nothing can be said for certain till P.A.Works makes an official announcement on the future of the show. We’re keeping our ears open for news on Uma Musume: Pretty Derby season2 release date and we’ll update this section as soon as we hear something reliable.

For those who like watching anime shows in English, the bad news is that Uma Musume: Pretty Derby does not have an English dub yet despite the show’s popularity among Western audiences. However, this does not rule out the possibility of an English dub being made in future, especially if the show’s popularity increases in the West. For now, however, if you want to watch the show, you have to watch the original Japanese version. You can episodes with English subtitles on Crunchyroll.

Read more in anime preview: Last Period: The Story of an Endless Spiral

Uma Musume: Pretty Derby has a rather absurd premise and is set in a world where great race horses are reborn as “horse girls” – beings who resemble human girls but have the ears and tails of horses along with their speed and endurance. The best among these horse girls get the privilege to train at Tokyo’s Tracen Academy where they aspire to become great racers as well as idols.

Although Uma Musume: Pretty Derby has a long list of characters, there are only three main characters in the show. Below, we’ve provided you with brief backgrounds on each of them.

Special Week: The main protagonist of the show, Special Week is a horse girl raised in Hokkaido. Having spent almost her entire life in Hokkaido, Special Week had not met any horse girl prior to joining the Tracen Academy. Shortly after Special Week was born, her biological mother passed away, and she was raised by a human mother who inspired her to become the best horse girl in all of Japan. As far as Special Week’s qualities as a horse girl is concerned, she is shown to great speed and stamina and her brilliance on the track is augmented by her instincts on when to hold back and when to open up.

Silence Suzuka: Another main character in the show, Silence Suzuka is also a horse girl and Special Week’s roommate and later, teammate. She is shown to be an extremely talented racer and a brilliant tactician and is a constant inspiration to Special Week. However, in spite of Silence Suzuka’s exceptional talents, she is also shown to be someone who is almost always in a state of melancholy.

Tokai Teio: The final main character in the show, Tokai is also a horse girl who is part of the Tracen Academy and is a member of the racing team Special Week and Silence Suzuka are a part of. Although Tokai is not quite as talented as Special Week or Silence Suzuka, she makes up for it through her sheer enthusiasm for the sport. In terms of her personality, Tokai is shown to be someone who is proud and cheeky. She aspires to be recognized by Symboli Rudolf, who is the president of the Student Council of the Tracen Academy.