Where Did Filming of ‘Uncorked’ Take Place?

Netflix’s ‘Uncorked’ is a slice of life family drama that follows a simple story of a young man, Elijah, who aspires to become a master sommelier. But the only hindrance in his path is his father Louis’ expectation and plan of passing over the mantle of their family legacy, Papa’s Kitchen Bar-B-Q, the historic Barbeque restaurant, to his son. Even Elijah’s extended family makes fun of his aspirations by calling a sommelier, a “Somalian,” among many other things. Elijah’s mother, Sylvia, and girlfriend Tanya, however, are super supportive of him and wants Elijah to follow his dream and head to Paris, France for training.

Upon reaching France, Elijah struggles along with his classmates to guess the wine from its taste, suggest wine pairings, etc. He soon realizes being a sommelier is not as easy as it seems, and he prepares day in and day out to become a knowledgeable wine professional, good enough to provide people with the proper guidance to choose wine according to their preference and taste. Can he manage to make a mark in the food and wine industry? Will Elijah earn his father’s approval?

Writer and Director Prentice Penny is the heart and soul of the film. He is best known for working on the Issa Rae dramedy ‘Insecure’ and ‘Brooklyn Nine-Nine.’ Along with the performances, the movie’s setting caught the eye of critics and the audiences, who lauded the film’s gritty and atmospheric vibe. Want to know where ‘Uncorked’ was filmed? Don’t worry, we have got your back. Read on.

Where Was Uncorked Filmed?

After roaming throughout Kansas City, Missouri, Austin, Texas, and North Carolina, the director and the scouts settled on Memphis, Tennessee, as the primary location for the film.

The beautiful city of Paris also found a place in this light-hearted inspirational drama. Principal photography began on November 10, 2018, and wrapped up on December 11, 2018.

Here are the specific locations were ‘Uncorked was filmed.’

Penny revealed in an interview with a local magazine that the movie was initially supposed to be filmed in summer. However, the Memphis-winter made for a picturesque panorama and helped in giving the film a pleasant texture.

Happy Birthday King. I’m tempted to do a long post but you won’t have time to read it because your going over your shot list lol. Happy I could do a little something to show my infinite gratitude and love. The drink of Champions + The Cake of Champions for a true Champion 🍾🍷🍇🎂🏆🙏🏾 #Salute #ThanksNicole

Because of the variety of filming options, concerning locales, culturally rich neighborhoods, lodging, and film-friendly crowd, the makers decided to shoot the film in Memphis.

Located on the Mississippi River in southwest Tennessee, Memphis is also known as the capital of barbeque. Therefore, the city effortlessly merged into the background of the film.

When you meet people and everything just clicks!!! I’ve created new friendships with each of these individuals and I’m forever grateful!!! #ExtraLife #Uncorked #Grateful

Here’s a picture from a local wine shop that served as the background for a few scenes in the film.

I took a HUGE leap of faith this year… I gave up my corporate job to focus solely on being a wife and mom and to pursue the dreams that I’d suppressed for many years! 3 months later, I’m working on my 1st film project. #humblebeginnings @netflix #faith #memphisblogger #901blogger

The scene where Elijah leaves for Paris, and says goodbye to his mother and girlfriend, was shot at the Memphis International Airport.

3. #uncorked @netflix I could write something inspiring and deep, but the truth is everyone who knows me knows what it took to get here. These two guys: @datariturner @chrisp1363 held it down since 2015. So blessed to be here. When I wrote this movie, I told @niecynash1 I wrote this part for her. She read it and said “I got you” and sure enough three years later, she kept her word. Niecy is 💯 . None of this would be possible without so many others, but @mz_money_penny and my three rugtats back home are the most important.

The East End Skating Center served as the backdrop of the scene between Elijah and Tanya, where they discuss Elijah’s career prospects.

One of the members from the art and production department, Darryl Wilson, shared a picture from the filming location.

Another one, from the skating rink.

Here’s a behind-the-scenes picture by one of the extras on set, Toya McDaniel.

Several scenes were also filmed at the famous meat warehouse, Keith’s Farm / Fayette Packing Co., on 16620 TN-196, Eads. The Woodland Tree Service aided the production department in filming some scenes at the Lumber Yard. A few scenes were also filmed at the West Clinic, the Hutchison School, and at the famous night club C. C. Blues and Entertainment. Below is a picture from the on-road filming scene.

Instead of filming at an authentic restaurant, the location managers revamped a non-functioning space on the Elvis Presley Boulevard.

Loving that #setlife – even if it’s cold and rainy! #nofilter #memphis #filming #lighting

Here’s the transformed version of the space.

They used it as Elijah’s family restaurant, Papa’s Kitchen Bar-B-Q. 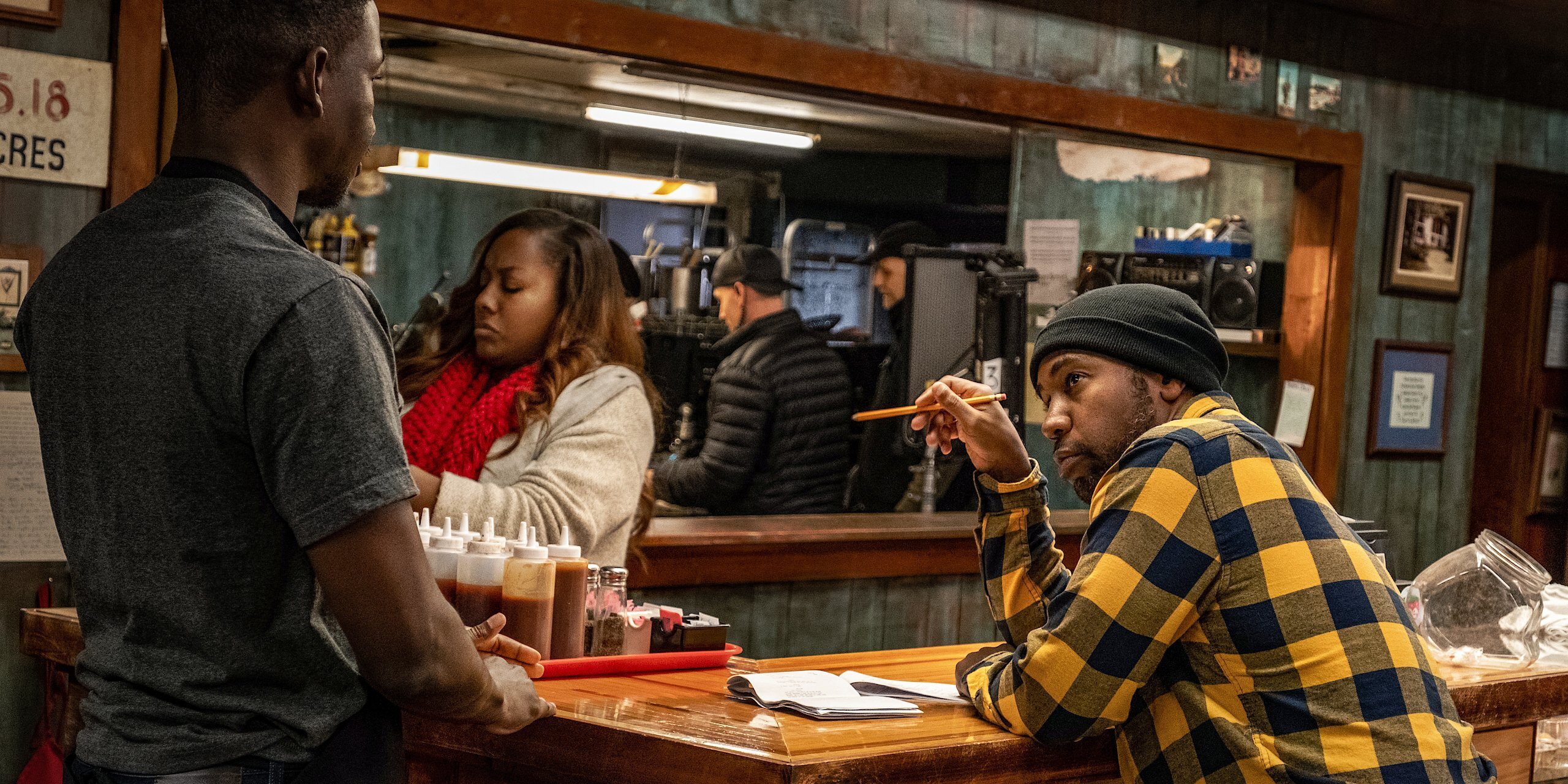 As the place once served as the home of the popular 60’s food joint Chenault’s, the makers were delighted to film there. The DoubleTree by Hilton Hotel, located at the center of the East Memphis Business District, served as a filming location for a few scenes in the film.

Known for the chef’s pairing suggestions, sophisticated seafood, vibe and games, the wine and dining hotspot, Downtown’s Flight Restaurant and Wine Bar, also hosted the filming of the movie.

Memphis is known for its rich history, including the Civil Rights Movement, culture, and heritage. It has also served as a filming location for films like ‘Walk the Line,’ ‘This is Elvis,’ ‘Cast Away,’ ‘The Silence of the Lambs,’ and many others.

France is one of the largest wine producers in the world. It’s capital, Paris, has a rich history in wine, made popular by the 1976 Judgment of Paris wine tasting. Therefore, it comes as no surprise why Penny chose to film Elijah’s training sequences, all the way in Paris. The production department allotted five days to shooting in the European city. 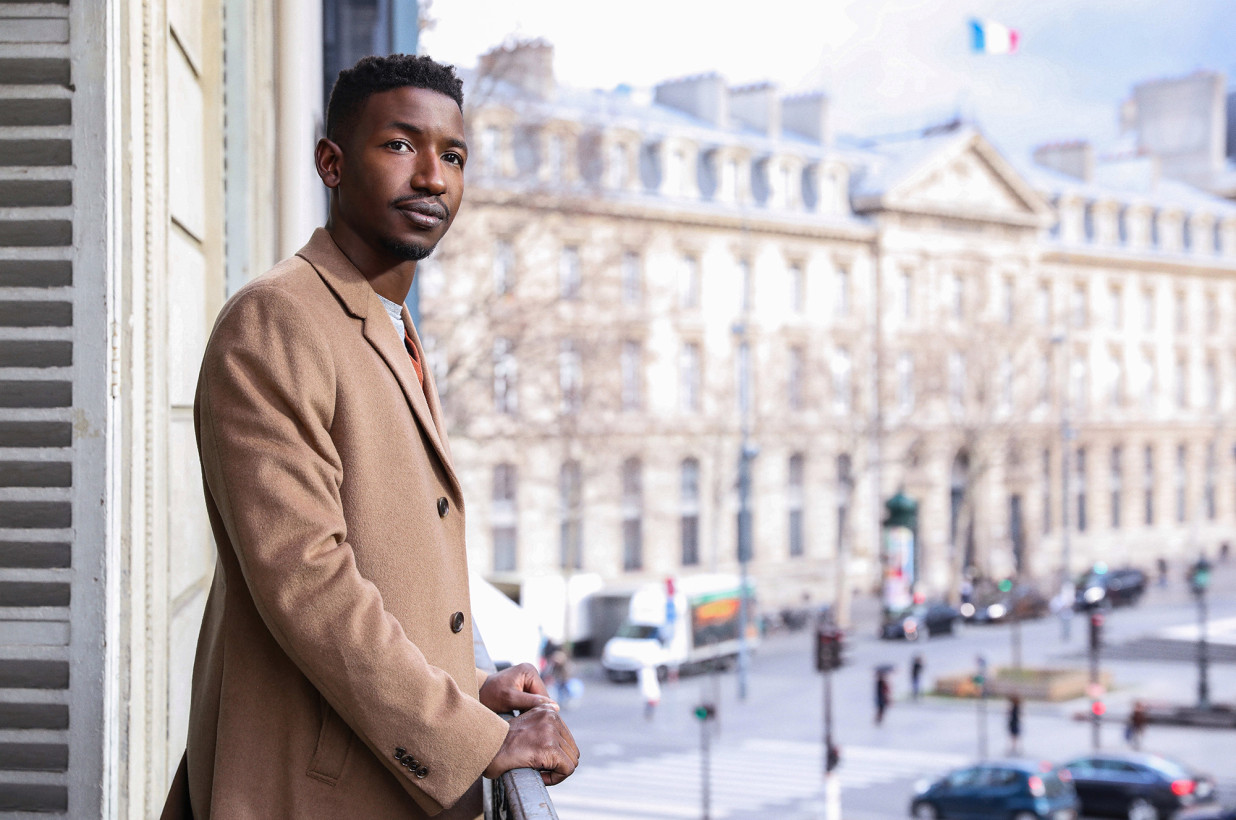 Several scenes of the movie were shot in Chablis, Burgundy, the historic wine-producing town. It is located in the northeastern part of Burgundy and is famous for making world-class white wines, probably the purest in the world.

Auxerre, the fourth-largest city in Burgundy also doubled up as a filming site for a few shots in the film.

4 years ago to the date, I started writing a movie in Paris. A father/son story about a black man who studies wine. So many moments made me want to give up over that time. So many people and places said no. But I learned it’s not God saying no, it’s Him saying “Do you want it fast or do you want it right?” I had to learn how to direct again by watching people like @msmelina @mclumpsum. By being inspired by people who follow their own truth like @issarae – It wasn’t easy and still isn’t. But to sit here 4 years later in the vineyards of Chablis making the movie in the very place that inspired it, I can only say “Won’t He Do It.” I wouldn’t EVEN be here without most importantly @mz_money_penny who holds errrything down, but also @chrisp1363 @datariturner @skimansteamboat @renbenzo @argentpictures @wineauxdlynnp @johnvmeigsjr @dcwade1 @ashleynhlnd @lifeofmeyash @teek715 @roseynickel @bakedliam and @netflix #uncorked2019 Thank you to everyone who ever did anything nice for me. You didn’t have to and I’m forever grateful. Nite.