Uncut Gems: Everything We Know 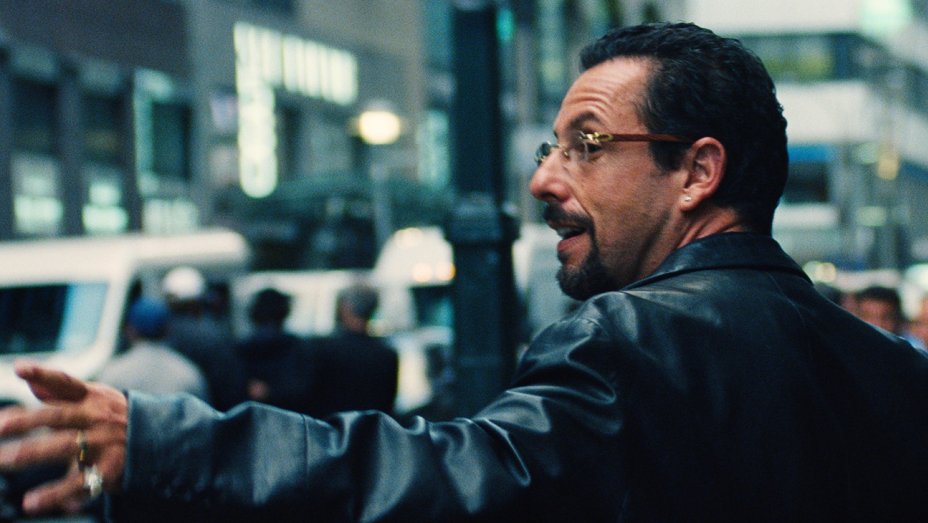 Black comedy when mixed with elements of crime tends to result in fantastic movies as any of the earlier works of Guy Ritchie will easily prove. In the hands of a talented director, we get a great story that combines an interesting tale about a criminal trying to make it big, while the hurdles along the way make for good comic content. In crime comedies, it is always usually about small-time criminals trying to catch a big break, or about law-abiding people trying to enter the world of crime. Either way, the latest offering, ‘Uncut Gems’, promises to be an excellent example that will leave us wanting more.

The movie has already made its premiere at the several international film festivals where it made waves among critics. The camerawork and performances have received high praise, leading us to believe that ‘Uncut Gems’ is definitely one of the movies that you need to watch out for. Therefore, without further ado, we bring you everything we know about ‘Uncut Gems’.

Uncut Gems Plot: What Is It About?

The plot of ‘Uncut Gems’ follows Howard Ratner, who happens to be a jewelry store owner. Set in the diamond district of New York, we see how Ratner caters to the rich and famous people. However, his life is soon upturned when his merchandise is messed with, and he needs to pay off his debts. One of his top sellers, who happens to be his girlfriend, gets caught up in this whirlwind of trouble at the same time. We know that Ratner is a charismatic jeweler who always has his eye on the next big score.

As a result, he makes a gamble, that is, a series of high stakes bets that could result in a windfall of a lifetime. Now, Howard has to perform a series of dangerous high wire acts, as he attempts to balance his family and business. Making matters worse is the fact that he seems to have adversaries on all sides. However, this is not going to stop the jeweler from trying to relentlessly pursue the ultimate win.

From what we understand of the plot is that Ratner is a gambler, which is a troublesome trait. His mantra of trying to gain success through shortcuts is bound to land him in hot water when the diamonds he deals in become up for grabs. As the man plunges headfirst into a life of crime, he requires time to gather his bearings, which is where the comic elements are bound to come in. Ultimately, it will be a harrowing tale of a man trying to set things straight, only to see them going wrong even more, in front of his eyes. ‘Uncut Gems’ promises to take us into the dizzying set of events in Ratner’s life that might leave us disoriented, but is just proof of the grander vision of the filmmakers.

Uncut Gems Cast: Who Is In It?

The cast of ‘Uncut Gems’ is being led by Adam Sandler who appears as Howard Ratner, the protagonist. Sandler is a talented actor who has proved his skills in Paul Thomas Anderson’s ‘Punch-Drunk Love’. However, Sandler often takes up comic projects that do not manage to capture his talents or bring out his skills. In fact, the actor’s latest movie, ‘Murder Mystery‘, tanked. However, the actor will be looking to make a comeback in ‘Uncut Gems’ and we expect good things from him. The other cast members include Kevin Garnett as himself, Idina Menzel as Dinah Ratner, Lakeith Stanfield as Demany, and Judd Hirsch as Gooey among others.

Uncut Gems Crew: Who Is Behind It?

‘Uncut Gems’ is being helmed by Josh Safdie and Benny Safdie. The two are indie directors known for their works like ‘Good Time’, which has Robert Pattinson. The Safdie brothers are known to bring out the best in the actors, in the way they direct. Thus, it will be interesting to see what they do with someone of Sandler’s potential. The script also comes from the Safdie brothers, who have written it along with Ronald Bronstein. Since the camerawork already drew praise during the film festival screening, it is important to mention Darius Khondji’s name, as the man behind the lens.

The movie is being distributed by A24 in the USA, marking yet another smart project being handled by the company, while Netflix is handling international distribution. Sebastian Bear-McClard, Eli Bush, and Scott Rudin are on board as the producers.

Uncut Gems Release Date: When Will It Premiere?

‘Uncut Gems’ has already debuted as Telluride Film Festival and will have the theatrical release on December 13, 2019. This puts it in the holiday season, which always has a greater potential to draw crowds.

You can check out the trailer of ‘Uncut Gems’ below to get an idea of what to expect from the movie.