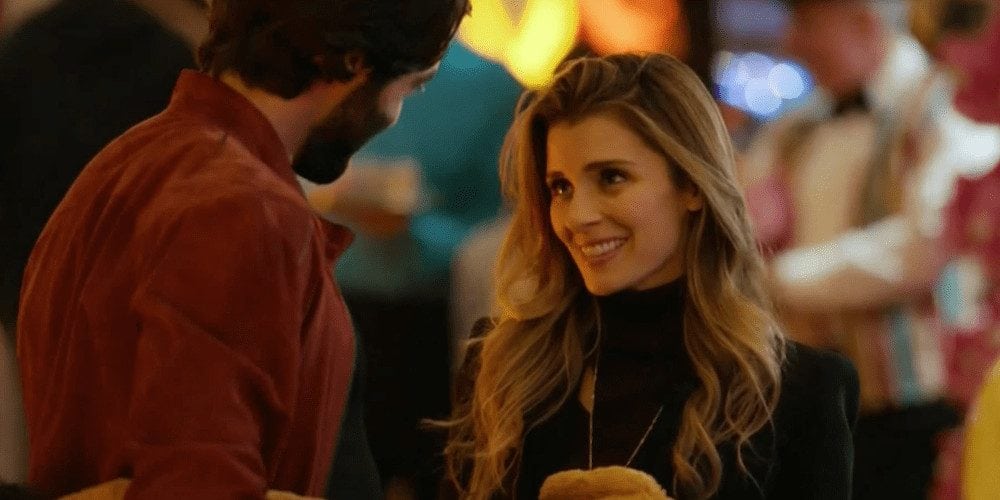 ‘Unreal’ stylized as ‘UnREAL’ is an American drama television series that aired its first three seasons on Lifetime before it was acquired by Hulu. The show first premiered on June 1, 2015. It has been created by Marti Noxon, known for ‘Buffy the Vampire Slayer‘ and Sarah Gertrude Shapiro. Notably, the concept is based on Shapiro’s short film ‘Sequin Raze’.

The series offers a behind the scenes look at the chaos that surrounds the production of a show about a dating competition. We are made privy to the perspective of a young reality television producer who is constantly barraged by her boss to be unscrupulous and to swallow all integrity and do whatever it takes to come up with salacious content that will make the show a success. It is a self-reflective work of art that is bound to leave you amazed.

Critics too have praised the series, saying, “The revealing and thought-provoking UnREAL uses reality TV as a suitably soapy springboard for absorbing drama.”

Unreal Cast: Who is in it?

The main cast of ‘Unreal’ is basically the crew involved in the making of the reality show. Obviously, the contestants of the show serve as the recurring characters who change over the seasons, but it is the interaction between them as well as among the cast members that captures the true essence of the show. Noxon, one of the showrunners commented on this, saying, “We thought uncovering the behind-the-scenes machinations would make great stories, and we wanted to comment on the kind of bully culture of a lot of reality television”. Shapiro added to this, saying, “Viewers want to believe in fairy tales, and those reality shows tap into that want. Our show dismantles that want.” She also spoke about the genre of reality television in general, critiquing it and saying, “Contestants come in and think they can beat the game, but it’s truly an unbeatable game … You’re ritually manipulated and charmed and edited beyond your control. Viewers think the contestants knew what they had signed up for. But they couldn’t have. There’s no way”. All this is evident in the characters of the show.

This brings us to Rachel Goldberg, who is played by Shiri Appleby. She is one of the producers who is conflicted about manipulating the contestants. However, being quick to think on her feet, she is a closer and knows what to do in order to create drama for the show. We also meet Quinn King played by Constance Zimmer of ‘Entourage‘ and ‘Boston Legal’ fame. She is the scheming and demanding executive producer who is willing to cross any boundary on the show as long as it increases ratings. She also has an affair with Chet Wilton, played by her ‘Boston Legal‘ co-star Craig Bierko. Chet, the creator of this reality television series, is shown to be an eccentric but self-destructive person whose lifestyle of vulgarity, callousness, and immaturity has made him aware of what the audience wants but has also made him self indulgent.

Brennan Elliott is seen as Graham, the host of the show, and Francois Arnaud, known for roles in ‘The Borgias‘ and ‘Midnight, Texas‘, plays the role of Tommy Castelli, a devious new producer. Although Castelli initially locks horns with Rachel and her underhand manipulations, they later lock bodies as well, when they begin dating and eventually are engaged. Quinn however, intervenes and paints Tommy as a scapegoat, trying to protect Rachel.

Unreal Plot: What is it about?

The plot of ‘Unreal’ sees Rachel, a producer returning to a reality television show called ‘Everlasting’ after having a breakdown. She has a reputation to maintain and an executive producer riding her hard for results. Thus she pulls out all stops in order to create the most outrageous content for the viewers to consume on ‘Everlasting’, which you will easily recognize as a series that is very closely modeled after ‘The Bachelor‘. On this faux reality show, ‘Unreal’ pitches in and shows all the stereotypes we have come to expect from the contestants, right down to their behaviors and how they are expected to react in various situations. We also see how they are manipulated, with the producers knowing that all context can be edited away to give viewers some adulterated but salacious drama.

Vulture defines the show well, saying, ” ‘Unreal’ is defiantly its own thing. It’s not a procedural, it’s not primarily a love story, and it’s a lot less sentimental than most workplace dramas. The show is very savvy about its unique pace, tone, and style — not a soap, exactly, but it gets to have soapy moments we know are contrived for ‘Everlasting’.”

When the show introduces us to Rachel and Quinn, we are aware that these are difficult women and they each butt heads in making a show they both know to be misogynistic. Overall, ‘Unreal’ maintains a tone of funny and smart, and we are never quite sure whether they are slyly pointing the finger at the viewers saying that they are to blame for enabling a culture where reality television has to sell misogyny to keep up good ratings. In the later seasons, it also takes on more topical issues like #MeToo and Rachel and Quinn firmly become antiheroines, who have to survive in this world by sacrificing their values for the ultimate god of television – ratings.

Unreal Season 5 Release Date: When will it premiere?

‘Unreal’ Season 4 premiered on July 16, 2018, on Hulu. The network had announced before the show went on air that season 4 would be its last. The swan song was befitting though, as the ‘Unreal’ focused on an All-Star season for ‘Everlasting’ bringing back a lot of the older contestants, and driving drama to an all-time high. While the ending was timely and packed its message well, there is always a chance some other network could acquire and continue the show. If that happens, we will update you about ‘Unreal’ Season 5 right here.

When Will ‘Bless the Harts’ Return to Fox?