Netflix’s female-driven Mexican drama, ‘Unstoppable‘ centers around a trio of lifelong friends, Rocio, Vera and Carlota, who impulsively decide to go for a weekend-long road-trip to Oaxaca to get away from their messy lives. But things take an unexpected turn as a mysterious fourth passenger, Marcela, joins their journey. Each one of the girls is dealing with her own share of personal issues. These range from grieving the loss of a sibling to childhood abuse to finding confidence to saving a loved one.

Marcela forcefully hitches a ride with the three in a desperate attempt to save her brother, Mike. What starts out as a forced arrangement evolves into a deep connection, turning their road-trip into the journey of a lifetime, filled with unforgettable lessons and bonds. When Marcela suddenly disappears, the three decide to find her – which inevitably brings them face to face with her dark and dangerous past. But do the friends end up saving Marcela? And what does the journey mean for each of them? The ending of ‘Unstoppable’ delves into these and brings the series to a satisfying conclusion. Here’s everything you need to know about it. SPOILERS ALERT! 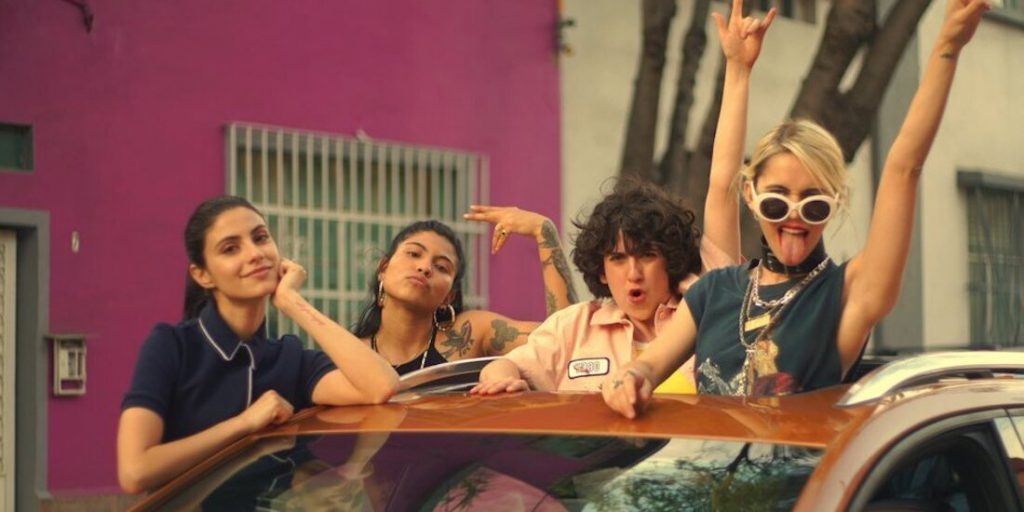 Since the series centers around 4 characters, a lot happens simultaneously. Carlota is shown as a fierce feminist struggling with low self-esteem as she tries to find her voice through poetry. She goes through her own fair share of ups and downs which help her face her fears. The series also explores the ingrained misogyny while simultaneously looking at sisterhood. The interactions Carlota has with other women throughout the series is the best example of this.

It is not simply her friendship with Vera, Rocio and Marcela that encourages her to be brave, but brief encounters with other women. Her understanding mother, the lady from her feminist poetry group, the midwife who helps her during the storm, and of course, Mare, who encourages her to read her poem (that gives the series its title). It is in these little moments that Carlota grows and thrives. But she also experiences immense shame because of a devastating betrayal.

Carlota is in an intimate virtual relationship with Toshi. The two exchange revealing images and perform sexual challenges for one another. But when Carlota finally decides to put an end to their relationship, Toshi takes his revenge in a disgusting way by making Carlota’s dolphin challenge viral. To make it worse, he edits the video to include phrases about feminism from Carlota’s blog.

With support from her friends, her poetry group and her mother, Carlota finally decides to use her voice through a video where she talks about how Toshi’s oppression won’t break her. The video goes viral and has numerous other women stepping up and uniting. This becomes relevant in more ways than one. Toshi’s identity is never revealed, potentially turning him into anyone we know. While the power of the internet is explored in the way it can destroy and unite individuals. 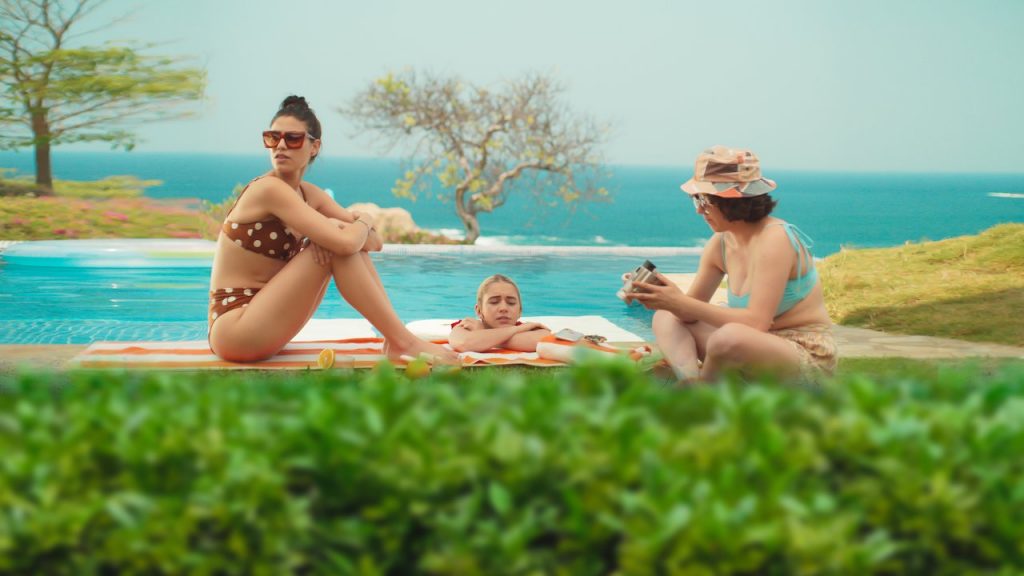 Vera is portrayed as the wild one with a devil-may-care attitude. She is snobbish and selfish, but as the series progresses, we learn that there is a lot more to her than what meets the eyes. Vera is a victim of childhood abuse, and later, is almost raped by a man she meets at a bar. It is Marcela that helps her and supports her.

In a way, Vera and Marcela’s relationship can be seen as a clichéd “enemies turned friends turned lovers”. But ‘Unstoppable’ does this in a subtle and compassionate manner. Vera and Marcela’s relationship is more about connection and support than anything else. It is through the road-trip that Vera learns to accept herself, with her flaws, while she also overcomes the trauma she’s been carrying all these years. When she finds it hard to love herself, it is Marcela who sees her for who she is and accepts her. 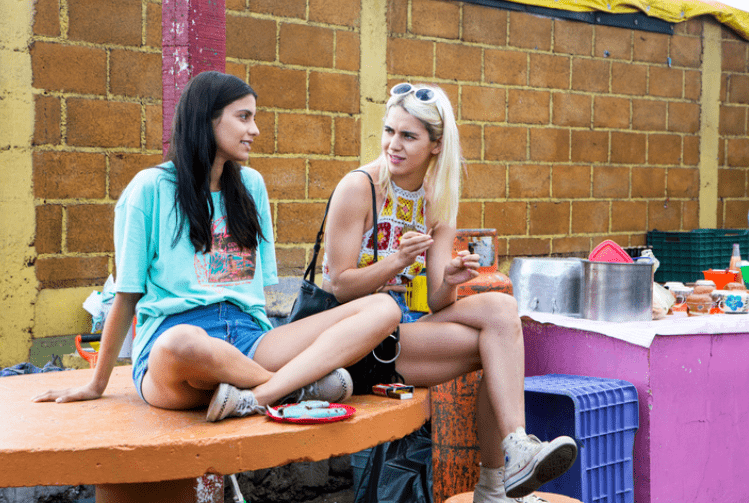 Rocio, in a way, initiates the road-trip as she finds herself crumbling under pressure trying to fulfill her father’s dreams. Simultaneously, she cannot get over a sister’s death, and finds herself feeling guilty for it. Just around the time she is about to leave for Sweden for a prestigious medical scholarship, she impulsively decides to leave with Vera and Carlota for a weekend getaway without informing her family and fiance.

As the series comes to an end, none of the characters are who they started out as. But Rocio is the most transformed from the lot. Once again, due to kindness of strangers, and her interactions with Vincente and Tobias, she learns to let go and live a little. The series portrays this in a lovely way through little moments. One strikingly subtle one is where she gives her sister’s bracelet to a kid she meets, another one is when learns to surf. For once in her life, she realizes she needs to be selfish, and opens up to her father and Juanpi even when it hurts them.

Unstoppable Ending: What Happened to Marcela?

Marcela’s character in the series allows it to stand apart from the rest in the genre. She travels to Oaxaca with the girls in order to save herself and her brother, Mike. The difference in her background, race and privilege allows the series to explore some relevant issues in the society. Marcela is stuck in a toxic relationship with Joshua after she’s orphaned at the age of 15. Desperate to make ends meet for herself and her brother, she decides to work as a stripper, and potentially a sex-worker.

To make things worse, she has a debt to pay to a dangerous man, which eventually leads her to run away with Vera’s ring. The final episode reveals her devastating situation as she finds herself trapped in more ways than one, while also trying to protect her brother from turning into someone like Joshua. Vera, Rocio and Carlota decide to go look for her after receiving a mysterious text. They track her down to a shady whorehouse, where they see her perform. They also see her being abused by Joshua, and decide to take matters in their own hands.

The trio follows Marcela, Joshua and Mike in their car. But when Joshua finds out, things take a darker turn. In an attempt to save Marcela, Vera ends up shooting Joshua in the leg. The four are chased by Joshua to the end of a cliff, where Marcela finally stands up against her abusive partner, and leaves with the girls along with Mike. The final moments are intensely charged with emotions, and bring us back to the opening scene of ‘Unstoppable’.