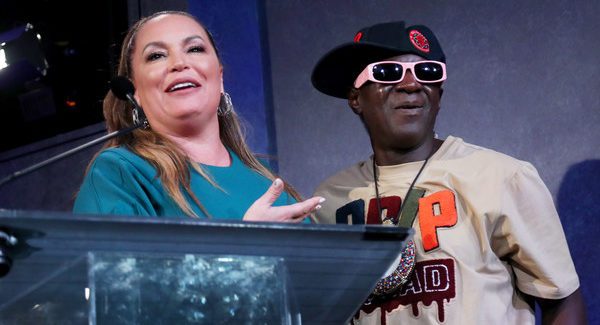 ‘Untold Stories of Hip Hop’ is a musical documentary that showcases some of the most influential artists from the genre of hip-hop. These legends reveal some of their unforgettable experiences, which include the creation of iconic rap verses and historic conflicts among artists. Lending an all-new, fresh look into rap and hip-hop, the fast-paced series airs on We TV and is produced by Entertainment One and Creature Films.

Tara Long is the executive producer for eOne while Mark Ford, Kevin Lopez, Yemisi Brookes, and Sarah Girgis are credited as the EPs for Creature Films. Lauren Gellert, Lauren Lazin, and David Stefanou serve as EPs for WE tv.

Who is the Host of Untold Stories of Hip Hop?

Angie Martinez, also known as “The Voice of New York”, serves as the host and one of the executive producers for ‘Untold Stories Of Hip Hop’. She is a radio and tv host as well as a renowned influencer on hip hop radio for almost 30 years. The beloved figure is a cultural and musical pioneer. Martinez is a bestselling author, a spokeswoman, an actress, a recording artist, and a philanthropist. Fans recognize her for her exclusive interviews with legends such as Tupac Shakur, The Notorious B.I.G., Jay-Z, and even Barack Obama. Her knack for original and relatable storytelling makes her the perfect host to establish a powerful connection between viewers and interviewees alike.

Untold Stories of Hip Hop Plot: What is it about?

Angie Martinez, due to her prolonged exposure to the music industry, has developed many close friendships along the way. Now, she shares some of these unforgettable, untold stories, through this show, to hip hop’s devoted fans. We get to know about the story behind the genesis of some of the most iconic rap verses. Additionally, we learn extra details about widely covered, controversial, and historic artist beefs.

‘Untold Stories of Hip Hop’ sheds light on these various memorable moments and throws the limelight on hip hop’s legendary performers. We hear unforgettable revelations straight from the stars themselves. Martinez uses her signature personal touch to compel even guarded artists to open up on television — which is something we have never witnessed before.

According to Marc Juris, President of WE tv, “Hip Hop music and culture is at the foundation of the WE tv brand, and as the genre’s influence only continues to grow and impact the world around us, it’s incredibly important to preserve these untold stories for the culture.” He further added: “From our series that spotlight Hip Hop royalty to documentaries that share the true stories of artists throughout the industry, Hip Hop has formed who we are and we’re excited to take a closer look at the artists who’ve left their mark and at those who continue the legacy.”

Untold Stories of Hip Hop Season 1: When does it premiere?

Hip hop and R&B have been an important part of the channel’s programming schedule for several years now. There are popular shows like ‘Braxton Family Values‘. Of course, the smash-hit ‘Growing Up Hip Hop’ franchise holds its own special place.

You can check out the official trailer of ‘Untold Stories of Hip Hop’ Season 1 below. You can also head to their official site if you wish to watch clips from the show.