Update on Flipstik From Shark Tank

An entrepreneur does not become successful until he has the patience to stand the test of time. But the most crucial factor that becomes a hindrance is the start-up amount for a great idea to flourish. ‘Shark Tank’ aims to financially help as many aspiring entrepreneurs as possible in exchange for shares in their fledgling companies. A team of leading financial magnates ensures the world doesn’t sleep on the ingenious ideas and projects.

The American business reality TV show has been a hit since its inception on August 9, 2009, on ABC. In season 12, the creative head behind Flipstik caught the attention of the magnates with the uniqueness of his idea. He not only exhibited the prerequisite patience but also showed great perseverance to turn a setback into a success story. But who is he and where is he now?

Akeem Shannon sincerely wished to make it big in life and passionately chased the feeling despite losing the Howard University Scholarship, which eventually forced him to return home. The Missouri-born worked as a salesperson and hopped from one telecom company to another in hopes of a better job opportunity. He finally got hired at Square, a significant financial technology company. But he still could not relieve his itch to become his own boss.

A telephonic conversation with his uncle, a NASA engineer, changed the course of his life. During a late-night call in 2017, he was introduced to the concept of a reusable adhesive that NASA had researched in the 1970s. This germinated the idea of utilizing a scientific discovery for everyday use by patenting synthetic setae™, a washable and reusable material. Belonging from the Z-generation, he knew the product would become a craze if it made the millennials’ life easier. 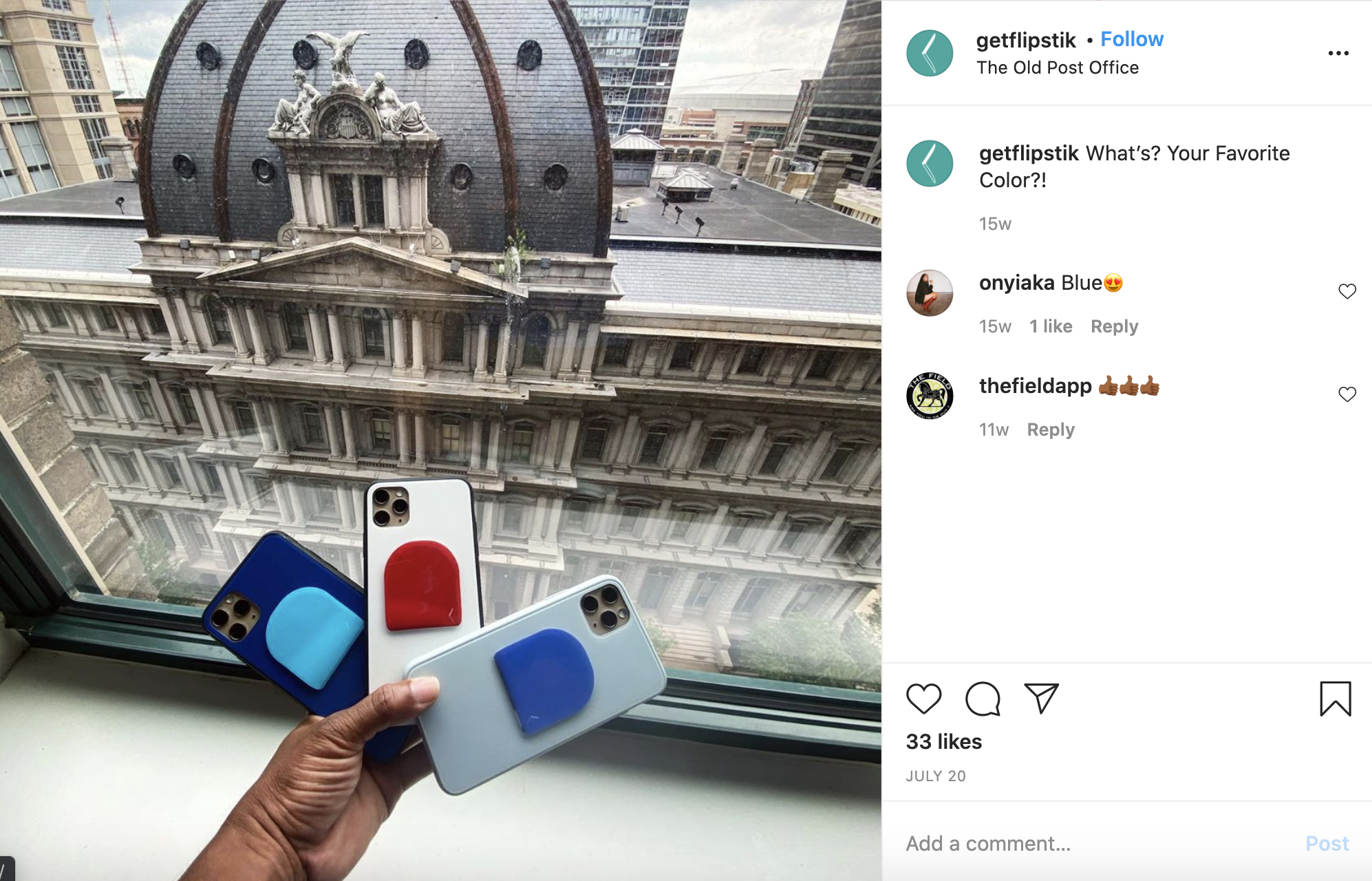 By December 2017, Akeem curated a “kickstand” prototype that attached itself to any flat surface, be it wood, walls, mirrors, leather, car dash, etc. In addition to classic colors and zodiac signs, these gravity-defying pops are also available in over 70 patterns, and designs like Ink’d Marble, Rose Quartz, Opal, and pictorial Unicorn, emoticons, to name a few. It has a strong polycarbonate hinge. One of the most fascinating qualities of the kickstand that sets it apart from regular phone pops is that it can hold up anything up to 2 pounds of weight, namely, keys, tablets, wallets, remotes, and picture frames.

Flipstik: Where Is He Now?

After successfully bringing the “Flipstik” to the market, Akeem did not rest until he obtained a patent and trademark for it. In 2018, he set a goal of raising $1,865 from his Kickstarter campaign to gain the basic funding to manufacture the product. People loved his idea so much so that almost 10 times the expected amount was collected after a month. The online pre-orders by 460 backers were filled by the end of August 2018. 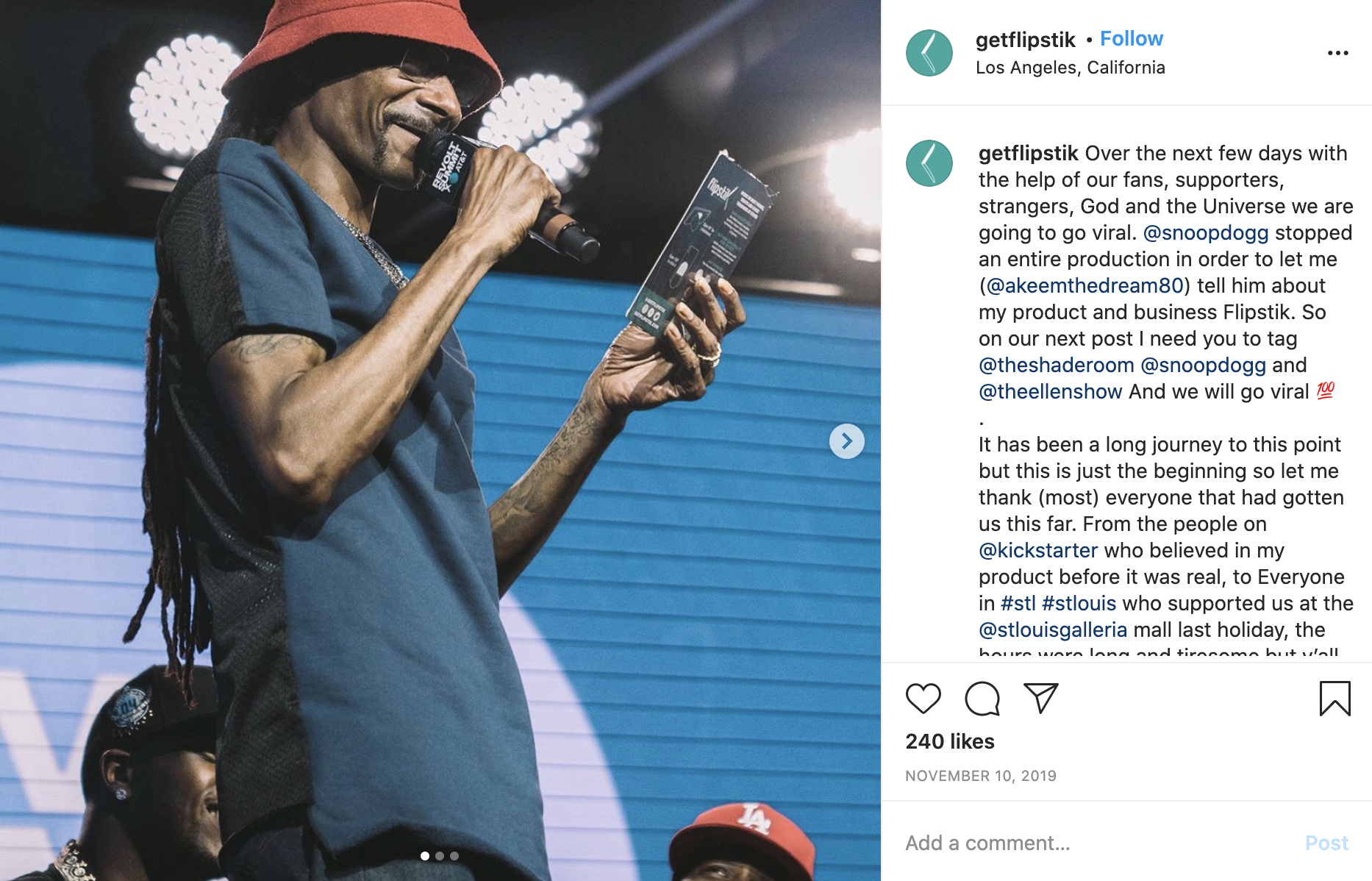 In 2019, the creator of this unique utility product won first prize at the CES Retail Pitch competition held by TechStars. The same year, he committed to “For Creators by Creators” to donate a portion of his profits each year. He has been passionately promoting his artifact and has managed to make it go viral using simple yet brilliant tactics. His streak of success didn’t end there.

Akeem also went to various institutions like KIPP St. Louis school to promote his budding venture and encourage the spirit of entrepreneurship in youngsters. The young businessman is famously enhancing Flipstik’s popularity by asking social media influencers to promote the pop and get paid. Its official Instagram page frequently shares the consumers’ appreciative pictures that they have clicked “hassle-free,” all thanks to Akeem’s idea!