Update on GoOats From Shark Tank 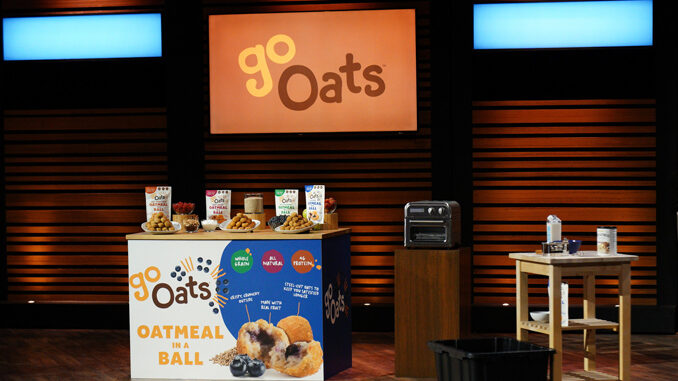 ABC’s ‘Shark Tank‘ is an unscripted reality show where business is taken to a whole other level. Budding entrepreneurs pitch their company models and expansion plans to a panel of industry specialists, collectively known as the Sharks, in the hopes of getting a funding that will help them materialize their dreams. The interaction between the tycoons and entrepreneurs, along with the subsequent negotiation process, results in some very lucrative deals, schooling us in how business should be done. And each time, with new ideas making their way onto the platform, the stakes for the entrepreneurs get higher and higher. Hoping to be a success story here, as seen in episode 2 of season 12, is GoOats.

GoOats: Who Are They and What Do They Do?

The story of how GoOats came into being is probably one of the best that we have seen so far. Nahum Jeannot, a graduate from The Restaurant School at Walnut Hill College, a private culinary school in Philadelphia, was the head chef preparing for a Hyatt Regency’s grand opening when he realized that he was missing some much-needed finger food. Everything needed to be perfect and delicious, and somehow the only thing Nahum could think of was his mother’s oatmeal – his favorite way to start off a new day.

Inspired by that, he turned the awkward and messy oatmeal into hand-held bites. Their rousing success prompted him to create more and eventually become the founder and COO (Chief Oatmeal Officer) of GoOats Oatmeal Bites. To kickstart his business, Nahum leased a food-preparation space in Virginia, close to where he grew up, to perfect the bites and work on his branding. Then, he referred to the SCORE District of Columbia, which originally provided free mentoring to businesses like his, and went further.

Nahum and GoOats got the attention of the organization’s active professionals, who advised him to focus on numbers. For two years, he worked on business operations and marketing strategies to learn how to become a stand out brand in a supermarket’s freezer, with a complete grasp of costing, price breaks, and profits. And now, with his delicious oatmeal bites, that can be consumed anytime, anywhere, being a success, Nahum’s initial idea of having a good-for-your-health finger food has made him a successful entrepreneur.

GoOats: Where Are They Now?

The GoOats products have been developed by Nahum into four different varieties – Apple Cinnamon, Blueberry, Cran-Walnut, and Maple Brown Sugar – all of which are now available in 20+ Heinen’s and 60+ Whole Foods stores across 7 states in America, as well as on Amazon. They are made with only steel-cut oats, fresh whole milk, cane sugar, sweet cream butter, and all-natural flavors that are high in fiber, calcium, protein, and antioxidants. Absolutely no preservatives are added to them.

The GoOats products can be stored in the refrigerator as well as the freezer, with the latter being a better option for longevity. And they can be cooked in the oven, the toaster, or even an air fryer, making them open for the consumers to have as per their own tastes and preferences. According to the GoOats website, Nahum is currently working on new flavors to expand his product line, for which he is taking ideas from his market itself. So, if you have an input, don’t be shy in contacting him.