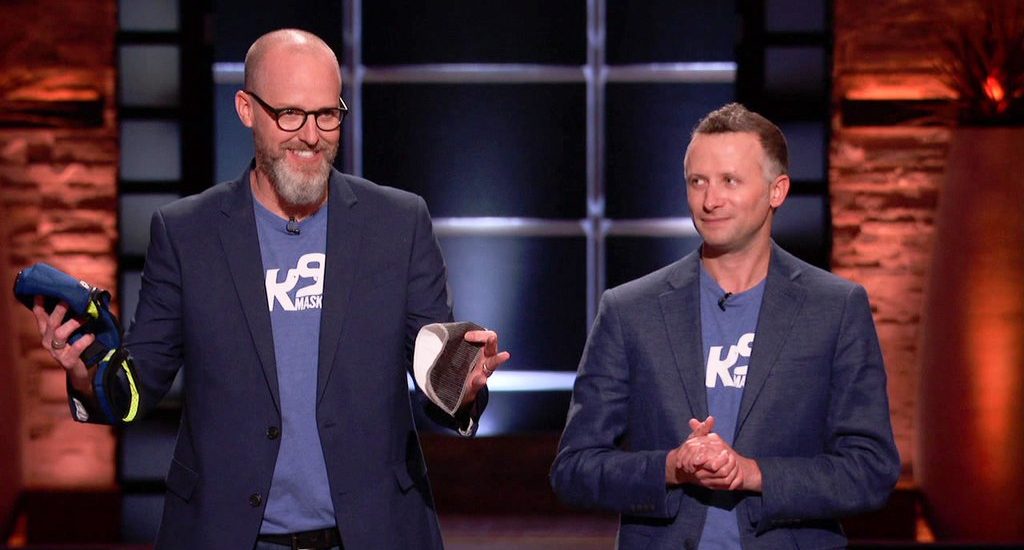 ‘Shark Tank,’ the business unscripted reality TV show on ABC, has been a hit ever since its premiere on August 9, 2009, schooling us in the ways of the business world and showcasing some highly innovative and never-before-seen products. Aspiring entrepreneurs from around the globe come here to pitch their models and companies before a panel of industry moguls AKA “Sharks.”

The entrepreneurs do so in the hopes of intriguing the Sharks to get them to invest in their ideas in exchange for shares. The financial help subsequently enables the businessmen/women to kickstart their expansion plans. Hoping to walk away with such a mouth-watering deal, as seen in season 12, is K9 Mask. Let’s find out more about them!

K9 Mask: Who Are They and What Do They Do? 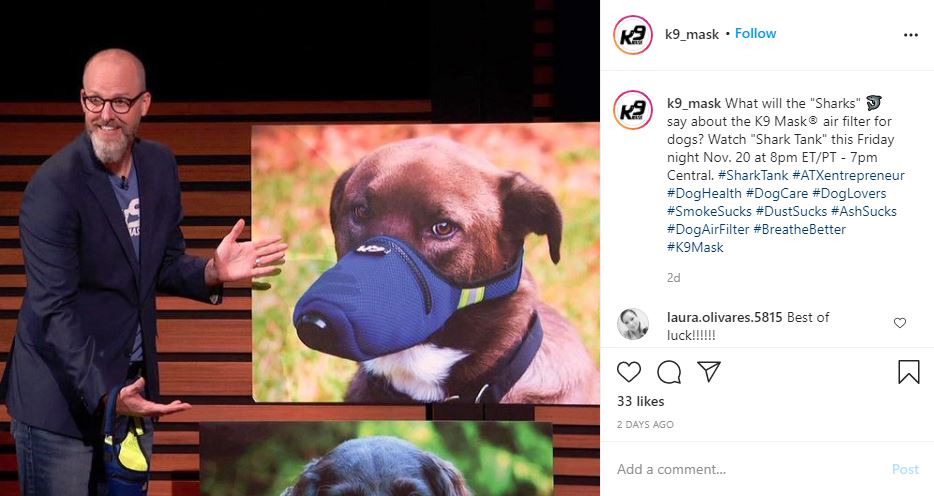 When Kirby Holmes was a little kid, he spent his summers in the small town of Ojai in Southern California, with his grandparents, instead of his hometown in Texas. And so, he became no stranger to the wildfires raging in the hills nearby and the clouds of smoke darkening the sky high above as firefighters battled the blazes.

Later on, in 2017, when the intensity of the fires on the West Coast reached a new high, Kirby, having completed his education and matured, saw people walking around with air filter face masks and realized that the smoke truly made the air toxic. But the one question that struck him and refused to leave his thoughts was, “What about the dogs?” If any form of pollution was a threat to us, then it must be harmful to our pets as well, right?

So, with this thinking, Kirby went on a hunt to find a mask for his dog, coming up with nothing. Thus, he contacted his cousin, Evan Daugherty, a Communication Design specialist, and joined forces with him to found The Good Air Team LLC. In 2019, they raised $10,000 via a Kickstarter campaign and subsequently began finding a way to protect dogs from damaging air quality. And with their respective dogs, Sabaka and Ginger, being involved in the development process throughout, the duo came up with K9 (pronounced canine) Mask.

K9 Mask: Where Are They Now?

Every single one of the K9 Mask is made by hand in the United States of America, in Dallas, Texas, and is designed in such a way that it will filter out any harmful chemicals and bacteria to keep your dogs safe, happy, and healthy. Wildfire smoke, smog, emissions, volcanic ash, pollen, and even dust – if your dogs are wearing a K9 mask, none of this would get into their system.

The Mask can also be utilized under ordinary circumstances; whenever you’re wearing a mask, worried about the air quality or bacteria, your dog can wear one too, without any issues. The K9 Masks are equipped with a PM 2.5 filtering system, N95 rated filter layers, activated carbon filters, a panting exhale valve (to keep our lovable, excitable pets cool), a neck and muzzle adjustment strap, and reflecting panels for safety in low-lights. Plus, the best part is that each mask is washable, relatively long-lasting, and comfortable for your dog.

A single K9 Mask costs $59 and comes in four different sizes – small, medium, large, and extra-large. And you have the option to choose between five different colors as well – black, red, pink, orange, and blue. We should also mention that since the COVID-19 pandemic took the world by storm, K9 Mask has expanded its range to serve humans as well, releasing a made for humans mask with the same materials and features, which costs $15. You can currently find all the K9 products on either their official website or on Amazon.