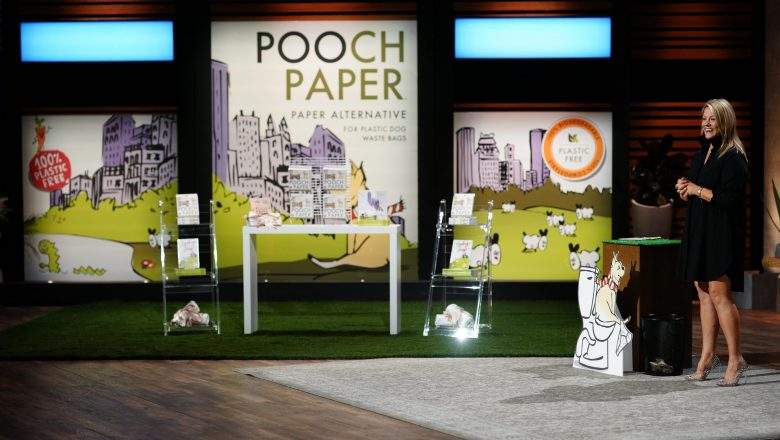 ABC’s ‘Shark Tank,’ being an unscripted reality television show, has everything from arguments, to suspense, to revelations that we could have never expected. Therefore, it is no surprise that it does so well over and over again. But unlike most reality series’, its focus is on business entertainment, where aspiring entrepreneurs from around the world come in to pitch their company models to a panel of uber-successful industry investors, Sharks, so as to persuade them to invest money into their idea. Hoping to walk away with the funding of a lifetime and kickstart the business expansion of her dreams after impressing Season 12’s Sharks on episode 2 was Tracy Rosensteel and her company, Pooch Paper.

Pooch Paper: Who Are They and What Do They Do?

Tracey Rosensteel came into the Tank not just with Pooch Paper but also with a lot of credibility, especially considering her well-educated background and required professional backing. Aside from studying entrepreneurship and business from the University of St. Thomas in Minnesota, Tracey also has a degree in studio arts. Therefore, while she was succeeding in the financial world in New York City, she was also conquering the entertainment world by producing and directing a TV travel-biography, ‘In Pursuit of Passion,’ about people chasing their dreams. In 2007, Tracey even established her own company, Vega Consulting, Inc., on Wall Street.

As a responsible dog owner living her life in the city that never sleeps, Tracey always cleaned up after her faithful companion, Indiana Jones. But one day, while she was using the single-use plastic bags designed for the purpose, she thought of how many of them ended up in the trash. Looking into it, she discovered that an estimated ten million pounds of “doggie doodie,” along with 500 million single-use plastic bags fill up the American landfills each year. Determined to do something about it, Tracey began the process of creating a truly biodegradable product for this use. And in 2018, after taking years to perfect it in every way, she launched Pooch Paper into the market.

Pooch Paper: Where Are They Now?

In August 2019, Tracey Rosensteel and her dog appeared on GenBiz and the C-Suite Network to present Pooch Paper to the public and take it one step further. And just a few months later, in December, Nancy Kerns of Whole Dog Journal, published an article on the company. In it, she stated that Pooch Paper was the first product containing no plastic whatsoever that she found to work so well. Then, even Business Insider and AKC Family Dog covered Pooch Paper, praising it for being the 100% biodegradable and 100% compostable alternative to plastic dog waste bags. After all, its use enables normal people like you and me in lessening the carbon footprint that we have on the world.

Pooch Paper is manufactured in America and is made from recycled, non-chlorine bleach paper that is coated with a grease-resistant. It is strong enough to grab even big piles of waste without breaking or leaking through, and once you have it contained, all you have to do is twist it up and carry it by the top until you find a trash can, like usual. 50 Sheets of Pooch Paper, 12 x 12 inches in size each, costs only $12.99, and if you take up the monthly supply, it’ll be a dollar less. Because people are now more conscious and eco-friendly, Pooch Paper is bound to go far. So, of course, Kevin O’Leary made the deal with Tracy, giving her what she asked, $250,000, in return for royalty in perpetuity.