Will There be an Upright Season 2? 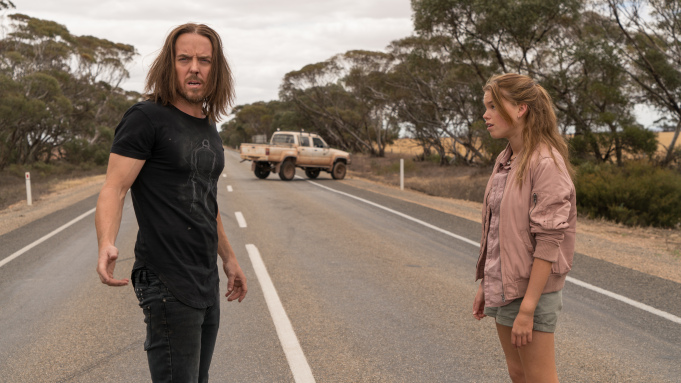 ‘Upright’ is an acclaimed Australian drama, which, at first glance, is highly reminiscent of Mia Wasikowska’s ‘Tracks’. However, ‘Upright’ is more of a comedy, set within a road trip in the midst of the Australian desert. It follows a quirky musician who partners with the unlikeliest buddy while driving through barren landscapes to deliver a ‘burden’. The series, directed by Matthew Saville, is a joint production of Australia’s Foxtel and Sky UK. Eventually, it made its way to the US on Sundance Now. With season 1 opening to rave reviews, here’s what you need to know about ‘Upright’ season 2.

Following its immense success, fans are already clamoring for a second edition of the show — which was originally dubbed as a mini-series. And star Tim Minchin has already stated that the response has led to some serious discussion regarding a follow-up edition. He additionally stated that the team sat down and asked themselves: ‘What would it be if we did it?’ And now, apparently, the crew has brainstormed some ideas as well. According to Minchin, season 2 has not been commissioned but it’s a real possibility.

To sum it up, all we need to do is wait for news of an official renewal. However, once the creators give it a go-ahead, filming will begin only in 2021. This is because Minchin will be busy with his tours and albums this year. If things move according to plan, ‘Upright’ season 2 will most probably release sometime in early 2022.

Upright Season 2 Cast: Who Can be in it?

Leading the cast as the primary two protagonists are Tim Minchin as Laclan Flynn aka Lucky and Milly Alcock as Meg. While Lucky is a musician, Meg is a runaway teen. Since the show’s major dynamics revolve around the lead pair, both Minchin and Alcock will return for season 2. Rounding up the cast is Ella Scott Lynch as Suzie, Daniel Lapaine as Toby, Heather Mitchell as Jen, Kate Box as Esme, and Rebecca Massey as Constable Stacey. We expect most of the aforementioned stars to make comebacks in the second season as well.

Upright Season 2 Plot: What Can it be About?

‘Upright’ introduces us to a grown-up 40-something Lucky, who embarks on the weirdest eight-day journey of self- discovery across the Australian desert once he meets a teen named Meg. He has a piano that he needs to deliver to his family home where his mother is counting her last days. On the other hand, Meg is running away from her father and discovers an irresponsible male father figure in Lucky. Together, they heal each other while encountering multiple mishaps, including a camel funeral, a stolen car, a stolen horse, a pink lake, thieves on the highway, parties atop cliffs, an underworld fighting ring, and a biking gang.

In the end, Lucky reaches his destination where we also learn about the piano’s secret. Season 1 neatly wraps up the story that starts off in the first episode. Since star Minchin has already hinted that the next season will revolve around a fresh idea, we need to wait for the details to unfold. Keep an eye on this section as we will update it when we receive further news.