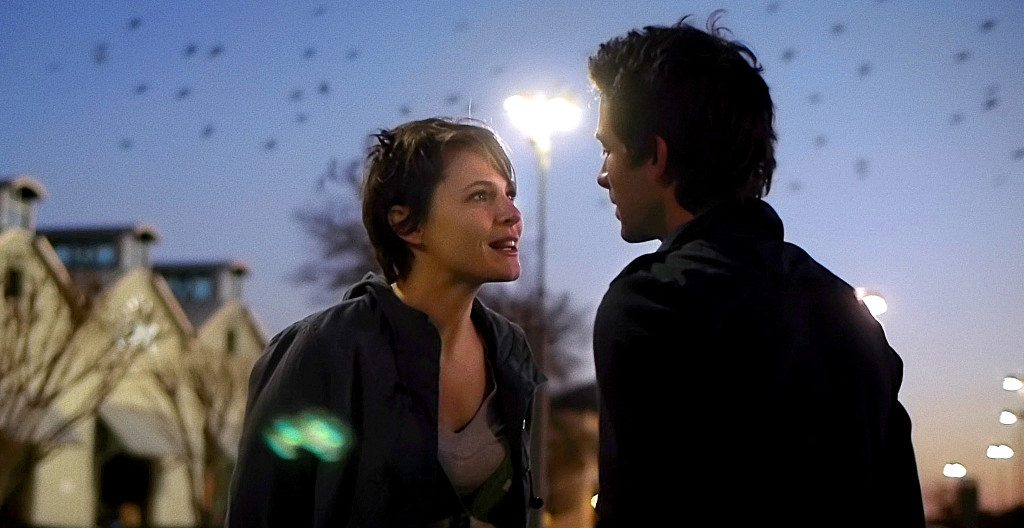 Shane Carruth is an idiosyncratic of a transit level that only a few directors, producers and writers reach only in the entirety of their lives. Shane Carruth is that director, producer and writer who has breached the threshold and asserted his differentiated right in the world of Cinema. There was no stopping ex-software-engineer after his first production, Primer, won accolades at the international level. Upstream Color is his successive hit.

Upstream Color draws its cinematic flavor from the likes of Terrence Malick and David Lynch. The quality of film-making resonates with Malick’s style of unconventionality, but resembles more with David Lynch’s surrealism infused with reality.

The movie requires skills as receptive as a synapse-spark to understand the plot in its essence. Amy Seimetz’s abducted by a “Thief” who implants her a bioengineered worm that conforms her to trance-induced state of being. Seimetz is explored in a world of hypnosis that renders her incapable of sense, touch and feel for she is soon associated with a resuscitating pig and mysteriously shares attributes experienced by the pig. At a particular juncture, Amy contributes to an intimate relationship with a trader, played by Shane Carruth, who shares her inexplicable paranoia.

What soon follows, with the progression of the “worm-pig-orchid life cycle”, is the generation of a new parasite from each different stage. As the “Thief” looks to gaining benefits, he inflicts Amy with stage I, i.e. brainwashing with worms. Enter stage II, when Andrew Sensenig reproduces worms of same characteristics, taking them from the victims and ingesting them into their corresponding pigs. This signifies the link between the victim and the pig, leading to “sampling” of experiences. The third and the final, stage III, follows up on the pigs which leaches out fresh worms and creates blue orchids.

As their affinity blooms, both Amy and the trader(Carruth) speak of similar muddy details and present each other with a story that matches. The romantic subplot soon combines with the elliptical horror of the movie as voodoo-effect to respective human-pig pairings prompts them to delineate the details. The movie ends with Carruth cradling a newborn pig, an epitome of how sequences are utilitarian than perfect.

What is ‘Upstream Color’ about?

It’s next to impossible to pinpoint one thing that film is about, but on a broader perspective it explores the symbiotic relationship between man, animal and nature through personal journey of two individuals to self discovery after they have been stripped off everything they know and posses. Metamorphic-ally, Upstream Color is multi-layered, but primarily it’s about the things that are outside and beyond our control. It is evidently obvious to most of us that not everything occurring in our lives has a reason or is under our control. In fact the title of the film itself is symbolic. We may be able to force the shape of our story, but the color, the details that define its richness are decided by forces outside our reach. Likewise, in the film the two central characters are caught up in mythical cycle which they are not aware of. The three points of this continuing cycle’s triangle are a Thief, a Sampler and Orchid Gatherers. Each of them directly or indirectly affect and influence the lives of Kris and Jeff. How they also unknowingly share a bond with the pigs and nature, is what the film tends to figuratively delve into.

Is there a scientific foundation behind the idea of the film? 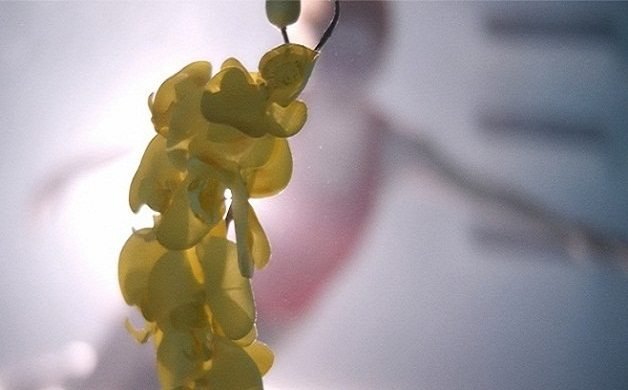 Shane Carruth explained this in an interview with indiewire:

“There are still processes in the natural, biological world that we don’t know, but have a counter-intuitive nature to them. There are these parasites that burrow into the heads of wasps and ants and make them fly erratically or climb to the top of trees and throw themselves off in order to benefit from something else, maybe a fungus on the forest floor. And then that fungus maybe benefits from the parasite. There are these weird processes out there. I am not interested in them as anything but a means to an end. I’m not interest in having a botanist or scientist come out and explain them. All I want is the fact that it’s possible, and then I’m going to use that possibility, and we’re going to see this happen. That’s all we’re going to know. By the time you get to the end of the film, from a purely mechanical plot perspective, you know the life cycle. You know that it’s this blue presence that has been circulating through these creatures. But by that time, I hope that it doesn’t matter too much. I mean, it matters in the sense that it’s hopefully fun to pull apart, like any story that’s intricate — and I hope people feel that it’s intricate. You know, that’s the compelling half, not the exploration. So if the film talks too much about that — oh, these are nanobots; oh, this is a runaway alien presence; oh, this is a pharmaceutical that got left in the stream — whatever it would be, it would be too specific, an indictment of whatever that thing is.”

The connection with “Walden”

For those who don’t know “Walden”, a book written by Walden by noted transcendentalist Henry David Thoreau, is a reflection upon simple living in natural surroundings. Shane Carruth indicated in the same interview that he was only vaguely inspired from the book (Anyone interested in exploring the “Walden” connection further can watch this video)

“I basically picked that text because the mechanics of the story are embedded in the natural world and Kris was going to be rewriting the same book page by page. That was a known thing in the process so I needed to pick a title or make one up. The idea of using “Walden” as this very passive, peaceful, at-one-with-nature type of text seemed to be really appropriate. I think the exploration of “Walden” is far more interesting than what’s going on in “Upstream Color,” but where the two intersect, I tried to make them intersect.”

Upstream Color Ending: What does it mean?

Kris thinks the Sampler is actually the Thief and kills him. Remember, Kris has never seen the Thief’s face, and it’s natural that she would assume that whoever has been spying on her is also the person that put her in this position in the first place. Here’s what Carruth had to say:

“The idea that Kris would find [the Sampler] culpable, and make him pay that price for what’s been done to her, is hopefully an interesting coda. I mean she’s basically supplanting one false narrative with another. But she will never know that, and she can’t know that. And it’s only for the audience to realize, hopefully, after some reflection, that although the ending felt and looked like somebody finding the culprit, and getting their own peacefulness and resolution—in reality there’s almost nothing positive about what we’re looking at. The wrong person is gotten.”

Shane Carruth further explained the ending in another interview:

“And to end the way that it does… the way this film ends is, it does convey that there is some positive, peaceful resolution to her story. And everything about the film — the music, the cinematography, Amy’s performance — all of it are conveying that. But the text of what we’re looking at is probably not so positive, or at least not going to stay positive.

By that time, we know that she can’t have children. So whatever it is that she is peaceful with there [in the pig farm] is not going to return the affection she might have for it. It is always going to be that broken state of things, regardless of what that moment is like right then. So that’s the best I can do as far as bringing the exploration to a hopefully satisfying end and leaving something to continue thinking about.”

Ultimately, if you look closely enough, ‘Upstream Color’ is a twisted examination of love and relationships: how do we function in it, what our love does to one another, and eventually how it’s connected to bigger schemes of things. However hard it might be for you to believe, but ‘Upstream Color’ is more of a romance than a science-fiction.