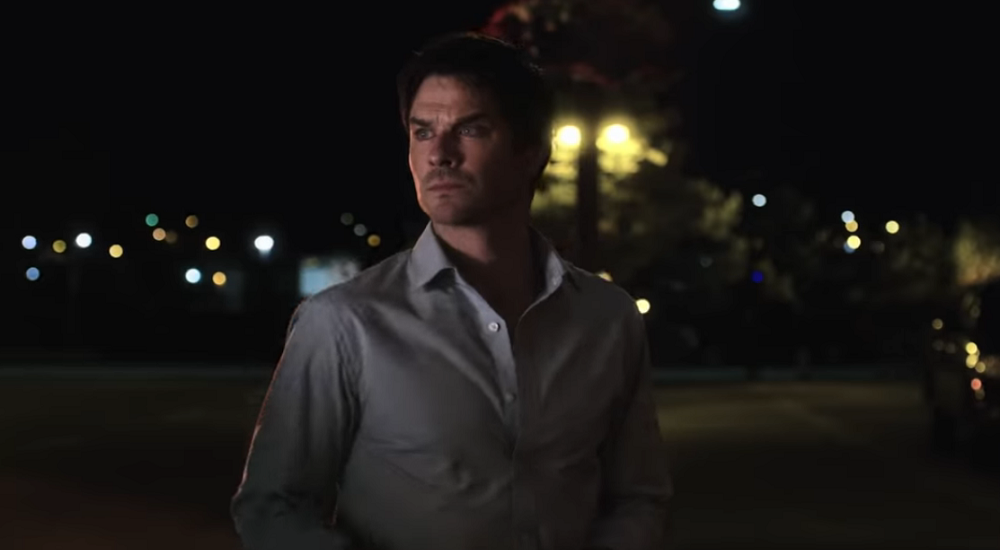 We live in an era where we’ve sunk-in our teeth into way too many vampire TV shows and movies. From being folk legends to becoming a major part of classic horror literature, and then finally, making their way to the silver screen, vampires have been reinvented in every way possible. So what exactly makes ‘V-Wars’ any different from the vast plethora of the vampire shows that we’ve seen before?

Well, the first major difference that most fans of ‘Vampire Diaries’ will notice is that, for the first time, heart-throb Ian Somerhalder gets to play the role of a “non-vampire good guy”, who actually wishes to save the world from the blood-sucking monsters. Another major distinction that makes ‘V-Wars’ stand out is its sci-fi theme which surprisingly has never been explored before this. That being said, after watching the first episode of the series, I’m not over-the-top giddy about it. However, the good thing about it is that it already has my attention and I’m willing to stick around for more of it.

The first episode of ‘V-Wars’ plunges right into the sci-fi themed storyline by portraying how all of it starts with the escape of deadly polar virus. The lead, Dr. Luther, and his close friend, Mike, set out on a quest to investigate what truly happened to two researchers who were working at a facility in the North. But as soon as they arrive there, they notice that something peculiar is going on in the research facility. With the two researchers nowhere to be found, the two of them grow even more frantic about what could have happened up there. They soon notice a fresh stain of blood on the floor and that’s when Dr. Luther realizes that they have been infected by an unknown virus.

Upon returning home, the two of them are quarantined, and for days, several tests are conducted on them. With time, their health slightly deteriorates but nothing significantly major happens to them. Dismissing it as a case of common cold, the two of them are released and they go on ahead to live their old normal lives. While Dr. Luther’s life still remains the same, Mike starts to notice subtle physical and mental changes in himself and even begins to develop an unexplainable thirst for human blood. His symptoms get worse over time and his hunger for human blood reaches a point where he unknowingly ends up killing a woman.

He asks Luther to cover up for the murder, and for a while, Luther even complies with his pleas. But as his guilt takes over, Luther heads to the cops and confesses how his friend killed the lady. This is when he and one of the cops start noticing how something really strange is going on with him. They realize that everything Mike has been experiencing is far beyond anything that they can explain with science.

This is when the show further delves deep into its darker side where Mike completely loses control over his body and transforms into a full-fledged vampire beast. Luther’s world comes crashing down when his own wife becomes a victim of the virus and ends up turning into one of those vicious monsters. To protect his son, in the final moments of the episode, he ends up killing her and that’s when the cops take him in for murder.

What really gets your attention in the first few moments of the episode is the show’s emphasis on intricate details in context with its visuals. There are scenes where the camera shows an abutting shot of blood literally pumping through the veins of the characters. Episode 1 has absolutely no chill as, from its very first scene, it sets the dark tone for the series with a disturbing scene of a man blowing his head off. From here on, as a viewer, you realize that there will indeed be a whole lot of blood.

As promised by the creators of the series, ‘V-Wars’ is indeed a surprisingly new take at the vampire genre as it very well defies the typical tropes and archetypes that have been previously portrayed in other similar films and movies. It also relies on hefty scientific jargon to back up all of its sci-fi themes but never really goes too overboard with it. On the downside, though, while Ian Someholder is able to pull off the role of a scientist really well and seems quite convincing as he preaches about “science having no borders”, the performances of other side actors fall flat at times.

The cinematography gives you a sense of realism which is complimented with the stellar CGI of the series. In fact, pretty much every aspect of ‘V-wars’ is quite compelling so far, but the subpar acting slightly steals away from its overall disturbing appeal; hopefully, this too, will subside as the series progresses further. In conclusion, so far, both its themes and mise-en-scène are on the money. And for me personally, the fact that it ends with a tragic suspenseful conclusion instead of a forceful cliffhanger makes it a lot more interesting.

Read More: Where Was V-Wars Filmed?