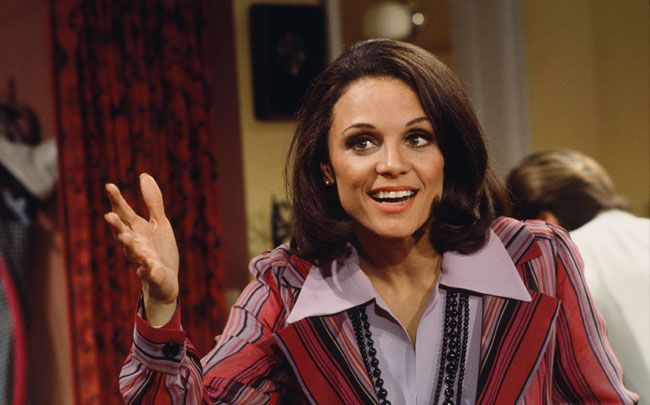 Valerie Harper, most recognized by fans for appearing in ‘The Mary Tyler Moore Show’, has passed away at the age of 80. Harper, who played the part of Rhoda Morgenstern, a wisecracking and straight-shooting New Yorker, before getting her own spinoff series, had been battling cancer since 2013. Specifically, she was fighting leptomeningeal carcinomatosis, which is an incurable type of cancer that doctors predicted would take her life in three months, at that time. However, Harper had defied the diagnosis and revealed that her cancer was close to remission.

Saddened by the news of her death, Harper’s daughter took to Twitter to convey her father’s grief. She wrote “My beautiful caring wife of nearly 40 years has passed away at 10:06 a.m. after years of fighting cancer. She will never, ever be forgotten. Rest In Peace, mia Valeria.” Harper herself never let cancer become the only thing she thought about. When she appeared on ‘The Doctors’ in 2013, she said, “I’m a big mouth. … I really want Americans and all of us to be less afraid of death, know that it’s a passage. But don’t go to the funeral before the day of the funeral. While you’re living, live.”

Although Harper is best known for playing the part of Rhoda in ‘The Mary Tyler Moore Show’, she also appeared in her own spinoff titled ‘Rhoda’. It came out in 1974 and ran for four and a half seasons till 1977. The first three seasons were immensely successful. Harper wrote about the show’s cancellation, saying, “My biggest regret was that we hadn’t been given an opportunity to write a final episode of ‘Rhoda’. ‘The Mary Tyler Moore Show’ had wrapped up with a perfect, bittersweet and amusing finale on which I was thrilled to be able to appear. I wish that ‘Rhoda’ had been given the same opportunity.”

Apart from becoming a sensation in the 1970s, Harper had also lent her voice to the acclaimed animated series, ‘The Simpsons‘, where she has played a host of characters over the years. She also voiced characters in ‘American Dad!‘ and appeared in ‘Desperate Housewives‘. In recent years, Harper had appeared in shows like ‘Children’s Hospital’, ‘2 Broke Girls’, ‘Melissa & Joey’ and ‘Signed, Sealed, Delivered’. Harper’s film credits include works like ‘Li’l Abner’, ‘Blame It on Rio’, ‘Freebie and the Bean’, and ‘The Last Married Couple in America’. She also appeared in the telefilm that aired on ABC, titled ‘Mary and Rhoda’.

A beloved member of the industry, Harper’s death has saddened many. SAG-AFTRA President Gabrielle Carteris remembered her, saying, “Valerie Harper was a wonderful actor who made us laugh and cry and laugh again. She cared very much about the membership and we appreciate her service to the union. Our deepest sympathies go out to her family and friends. May she rest in peace.”