Are Vanessa and Chris From MAFS Australia Still Together? 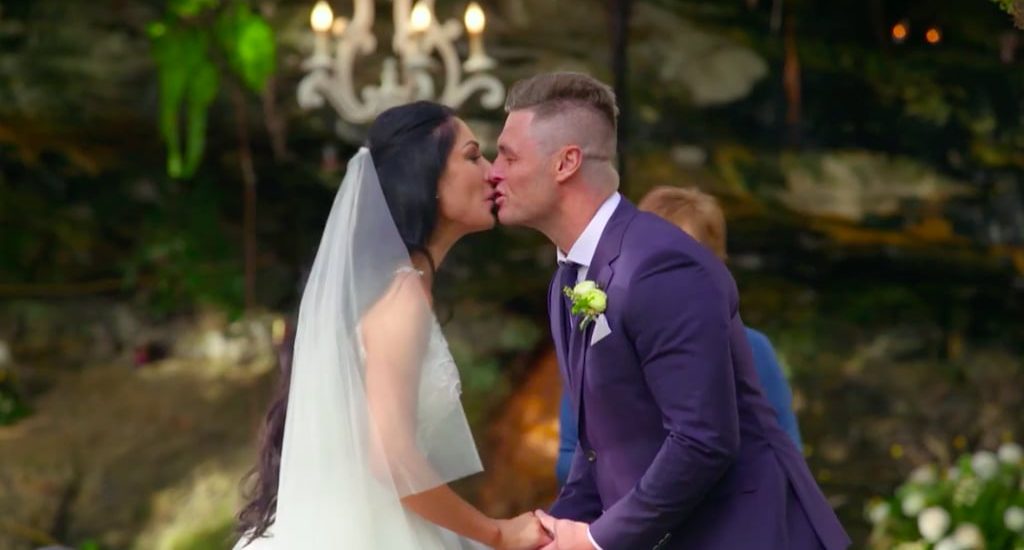 The Australian version of ‘Married At First Sight,’ like the American edition, is based on the Danish program of the same name. It follows the journey of new couples, matched up by relationship experts, as they get to know each other on a deeper level after getting married at their first meeting, going on their honeymoon, and starting a domestic life together. However, unlike the American version, in this series, the marriage is not lawfully binding due to legal restrictions in Australia. Curious to know how Vanessa and Chris of season 7 fared on their journey? Read on to find out.

Vanessa Romito and Chris Nicolls, both in their 30s, were looking to find someone with whom they could be themselves around and potentially spend the rest of their lives with. Desperate for love and for a proper family, both these individuals seemed like the perfect fit for each other. It was as if the experts had found a match that was made in heaven.

Once again killing it with my wedding jokes I guess! 😂😂 #MAFS

When they exchanged vows, we could see that there was a lack of chemistry between the pair, but nevertheless, they seemed to be getting along just fine. Even though their relationship never got much airtime, from the things we did get to see, like Vanessa dressing up in a costume or holding hands, the couple looked like they were well on their way to finding love.

In two weeks, during the Sunday Ceremonies, they had even mutually decided to stay in the experiment. However, it was during the family meet, just a couple of days later, that everything changed. Chris decided to go to the gym instead of helping Vanessa prepare everything for their families, thinking that it would help her let off some steam and relax. But, what it did instead, was made her feel rejected and insecure.

What do you think is the topic here? #MAFS

When the families arrived and started their lunch, a couple of them brought up some topics about their relationship that made Vanessa break down and talk about all her repressed emotions. She spoke of how she felt like there was no affection or efforts from Chris’s side. After things got a little heated, she even burst out and said, “If you wanna go, then go,” which had Chris leaving the lunch, her, and the experiment altogether.

Since Chris decided to walk out and leave the experiment, Vanessa had to leave as well. They became the second couple, after Poppy and Luke, who left the show outside of the Sunday Ceremony.

As much as I’ve enjoyed this experience and made some beautiful friends. I am soooo happy to get home to my boys ❤️ Family and friends. Peace out MAFS it was a ride xx Thankyou all for the support xx #MAFS

Are Vanessa and Chris Still Together?

No, they are not. When Vanessa and Chris left the show, it was the end of their relationship and their love story. In an exclusive interview with WHO, the father of two talked about the show as well as his relationship with his on-screen wife and admitted that the couple was actually forced to leave. He opened up about what was going on behind the scenes as well but made sure to clarify that he did not “hold grudges towards the network and Vanessa.”

“But the end was just so toxic,” he added. “I have been through some really tough stuff with my kids, and even my sister said during filming that she’s never seen me that bad. I would never do it again.”

Happy Mothers Day to everyone 💖 Whether you have children or fur babys🐶🐾 Some of us can't have kids but that doesn't mean this day isn't for us as well. Remember that you are loved and unique in our own way💕 #mothersday #kids #furbabys #fuckcancer #gift #love #unique #loved #bekind #papillonsofinstagram #2020

The important part is that even though both individuals didn’t get what they had hoped for or expected, they seem like they are doing okay now and have no bad blood between them. While Vanessa is in Perth, focusing on her mental and physical health along with her career, Chris is back home in Adelaide with his family and is concentrating on them instead of pursuing a romantic relationship. Vanessa and Chris are both currently single and seem content with where they are right now.