12 Best Venkatesh Movies You Must See

In an industry where commercial dramas rule the roost, not many actors dare to tread away from the taken road. Daggubati Venkatesh, or more popularly known as ‘Victory’ Venkatesh is one superstar who dared to break the paradigm with his movies. Born into one of the biggest film families of the Industry, Venkatesh is the son of Movie Moghul, Ramanaidu Daggubati( Founder of Suresh Productions). He debuted with K. Raghavendra Rao’s  Kaliyuga Pandavalu, and since then, there’s no stopping.

A career spanning three decades and featuring in more than 70 films, Venkatesh always tried to break the commercial chain. Most of his movies were Box-office successes and that made him ‘Victory Venkatesh’. A darling of family audiences, he is also popular for his spiritual life, marking a sharp contrast to his professional field. Here is the list of top 12 films of the Telugu superstar, Venkatesh: 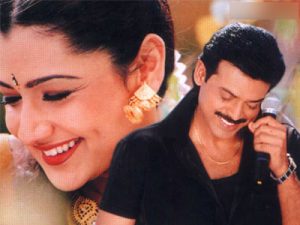 Nuvvu Naaku Nachav is a cult-classic of Telugu Cinema. Directed by K. Vijaya Bhaskar, the movie is a joyous ride from the beginning till end. The movie is famous for its one-liners, which were penned by Trivikram Srinivas. Venkatesh was at his best vintage form, making it a memorable film of his career. According to the statistics, it is also one of the highest re-watched of Telugu Cinema. 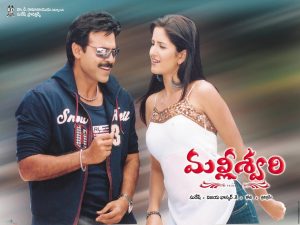 Malliswari is the biggest blockbuster of the actor till date. The film also marked the debut of the bollywood diva, Katrina Kaif, into the tollywood market. Venkatesh is an unmarried bank employee, who is waiting for the girl of his dreams. Katrina is the princess of Mirzapur, who owing to her problems, is in the hideout. How the protagonist solves her problems and wins his love forms the crux of the story. Highly entertaining and emotional at the same time, the film is famous for its witty dialogues penned by Trivikram Srinivas. Are you bored? Watch Malliswari again and again. 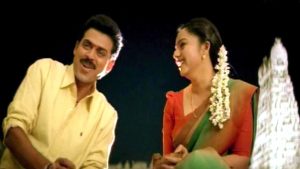 Raja was aimed at family audiences, Venkatesh’s stronghold. Starring Venkatesh and Soundarya in lead roles, Raja is a heart-warming tale of a thief who helps an ailing singer in her problems. Directed by Siva, Raja opened to strong response from critics and audiences alike, making it a huge blockbuster.

Selvaraghavan’s family drama, Aadavari Maatalaki Ardhale Verule is another feather in Venkatesh’s cap. Alike all the director’s previous films, he tugs the heartstrings of the audiences with pitch-perfect emotions. A family drama, with heavy doses of emotion and humor, AMAV is the story of a recently employed person who falls in love with his boss. After a series of events that ruin his life, he is on criss-cross with his life and love. A blockbuster music album by Yuvan Shankar Raja ensured a massive Box-office opening. 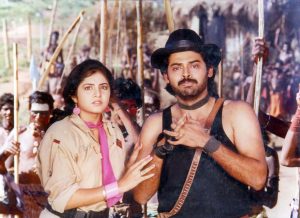 Bobbili Raja was Telugu Cinema’s western action drama. Set in the forests of Bobbili, the movie is a tale of love and revenge. The movie also marked the debut of Divya Bharati. The one-liner “Ayyo Ayyo Ayyayo” mouthed by the protagonist was a phenomenon. And who can forget the Ilaiyaraaja’s classic song, “Balapam Petti’? There is also a fight scene on a train, which was critically acclaimed. It was also the biggest hit of its time. 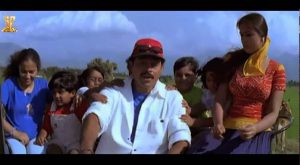 Kalisundham Raa was the biggest industry hit that Telugu cinema had seen at its time. Directed by Uday Shankar, Kalisundham Raa is a family drama dealing with reunions. An old couple invites their estranged son and his family to reconcile. A series of events and flashbacks, soon he realises that all is not well. The movie worked heavily due to the chemistry between the lead pairs, Venkatesh and Simran, and some heart-warming scenes. 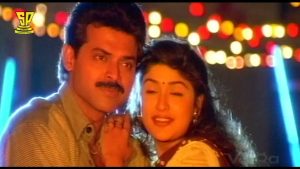 Premichukundham Raa was the movie that made Venkatesh the darling of family audiences. Directed by Jayant C. Paranjee, the movie opened to blockbuster response and raked in lots of moolah. Venkatesh later revealed that the success of the movie inspired him to tread on a spiritual journey that he still follows. 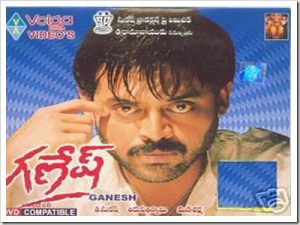 “Any Time, any place, any center, Single Hand. Ganesh”- is one iconic dialogue that is still nascent in the memories of Telugu audiences. Ganesh is a crime drama directed by Thirupathiswamy and was produced by the actor’s brother, Suresh. The protagonist loses his family due to medical negligence and is now on a mission to fight to the corruption in the industry. The movie was critically acclaimed and the actor was conferred with the Nandi Award for Best Actor. 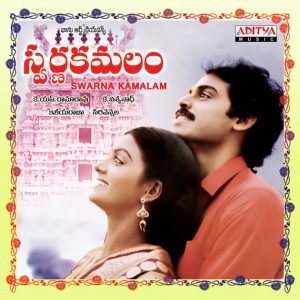 When Venkatesh was at the brink of ascent to stardom, he acted in a classical movie, Swarna Kamalam. The movie is considered a cult-classic in Telugu Cinema. Directed by the genius, K.Vishwanath, the movie deals with the story of a woman brought up in family of dancers, and her hatred towards it. The movie is famous for its themes of classical dance and its importance in society. It was also garnered with prestigious awards across various film festivals. 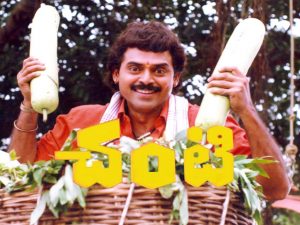 A remake of Tamil film, Chinna Tambi, Chanti is one of the most memorable performances of the actor till date. His acting as an innocent guy oblivious to the worldly affairs was critically acclaimed. The music by Maestro Ilaiyaraaja was a chart-buster. The movie was later remade into Hindi as Anari, and also marked the Bollywood debut of Venkatesh. 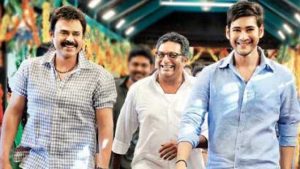 SVSC is a modern-classic. It also opened up the trend of multi-starrers in Telugu Cinema. Starring Mahesh Babu and Venkatesh in the lead roles, SVSC is a family drama that deals with the feuds between brothers. The movie was critically acclaimed for its perfect portrayal of middle-class nuances. Directed by Srikanth Addala, SVSC is one of the highest grossing Telugu movies at the box-office. 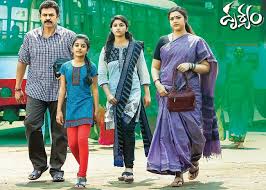 No spoilers! The remake of the Malayalam classic, Drishyam, Drushyam was as intense and captivating as its original. Venkatesh reprisal of the lead character was praised for its intensity. An edge-of-the-seat thriller, the movie was raved by the critics. Exhilarating performances, terrific screenplay and breath-taking suspense made it a blockbuster. Watch it if you haven’t seen the movie!