Vera Farmiga is one actress who knows the balancing act of commercial success and critical acclaim. Ever since her breakthrough performance in the 2004 indie hit, ‘Down to the Bone,’ Farmiga has been keen to portray subtle supporting characters in mainstream movies. She also plays out-of-the-box roles in independent productions.

Her approach works well in a highly result oriented Hollywood ecosystem. While the flirtatious workaholic in ‘Up in the Air’ earned her an Oscar nomination for the Best Supporting Actress, chaotic characters in ‘Orphan’ and ‘The Conjuring‘ made her a member of the blockbuster league. In between, she made her mark on our memory with characters like the police psychiatrist in Martin Scorsese’s ‘The Departed,’ a Romanian prostitute in ‘Breaking and Entering’, and the wife of a concentration camp commandant in ‘The Boy in the Striped Pyjamas.’

Vera Farmiga is one of those talented actresses who can hint internal conflicts in a nuanced, feminine way and add emotional layers to their characters. She draws inspiration from her childhood in New Jersey where she had lived an important period of her childhood with her Ukrainian immigrant parents. Farmiga has also directed the movie, ‘Higher Ground,’ a drama based on religious faith and doubt.

So, you must be wondering what is the next Vera Farmiga movie or tv show? Well, the good news is that we have a clear answer to that question. Here’s the list of upcoming films and shows of Vera Farmiga scheduled to release in the near future. We can only hope that the new Vera Farmiga performances would be as good as some of her recent ones. 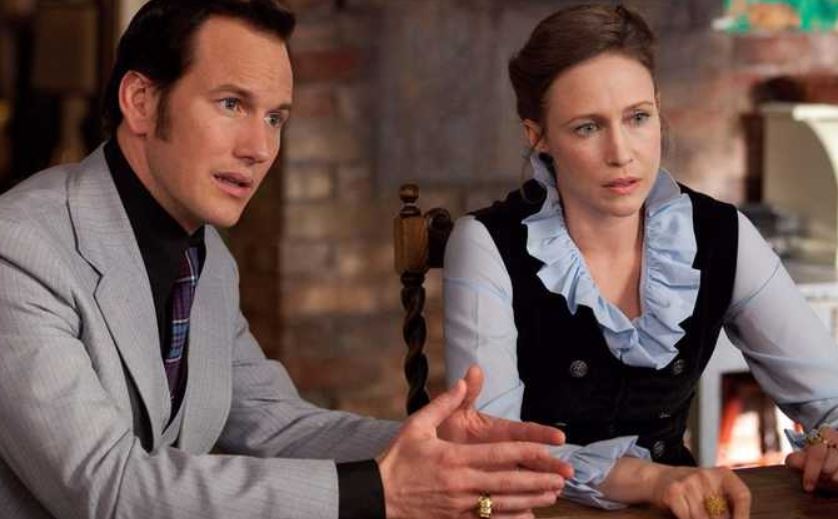 ‘The Conjuring’ franchise has managed to kickstart horror once again, giving us a good movie after a long time, that utilized jumpscares and made viewers perch at the edge of their seats. Since then, it has become a franchise, and frankly, not every movie has been a hit. That being said, the original ‘Conjuring’ franchise has been on the backseat for quite some time, as fans were very fascinated by the Annabelle doll, resulting in her own spinoff.

Now that we have had several movies about the demon doll, it is good to see the franchise returning to its roots, as far as the case files of Ed and Lorraine Warren are concerned. The people behind the franchise have the rights to some parts of their books, and the second movie saw them take creative liberties with a London based case. Now that we will see another mystery tacked by Ed and Lorraine, the possibilities are limitless.

Of course, the plot is unknown at this point and the upcoming movie could tackle any of their cases. However, from the title, there is a good chance that we might finally see the Amityville horror play out. The killer, in that case, was a family member who later claimed that a devil made him commit murders. It will be interesting to see the supernatural explanation of the case, which was deemed to be a psychotic break. The film is slated to release on September 11, 2020, and Vera Farmiga will definitely amaze us once again as the clairvoyant Lorraine. 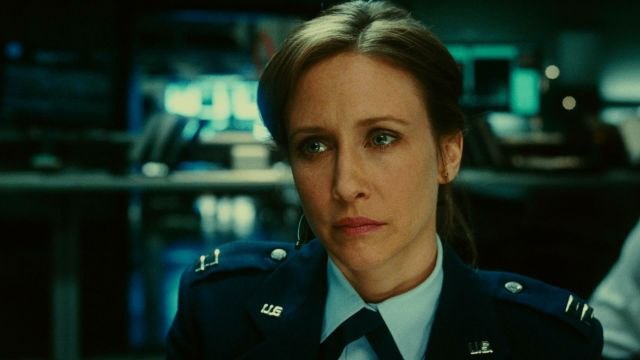 ‘The Many Saints Of Newark’ is the prequel of the popular TV show ‘The Sopranos.’ The show ran for six seasons and won 21 Primetime Emmys, five Golden Globes, and Peabody Awards.

The prequel, which is produced by New Line, is set in the backdrop of the violent Newark riots in the 60s when the African-Americans and the Italian Americans clashed with each other. Even though the makers are keeping more details of the cast under wrap, the movie reportedly brings together most of the popular characters and Vera Farmiga joins a cast that includes Alessandro Nivola, Jon Bernthal, Billy Magnussen, Corey Stoll, and Michael Gandolfini. The film releases on September 25, 2020. 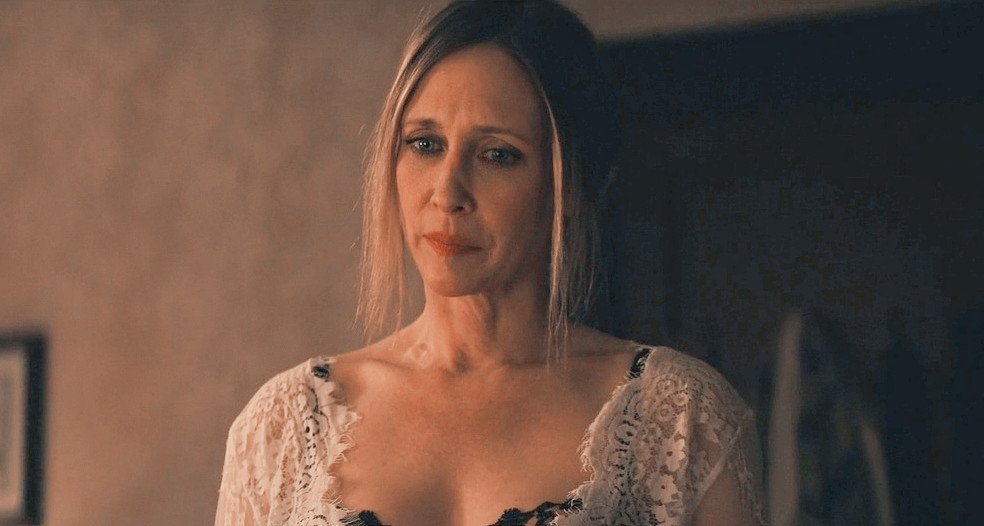 ‘Captive State’ is an intense sci-fi thriller set in a dystopian future-land, in which alien invaders have conquered earth. Humankind is all set to wage their last war to take back mother earth. Vera Farmiga appears as a mysterious character whose motives are not immediately clear.

In a world reigned by conspiracy and propaganda, a rebellious organization called the Phoenix plans an uprising against the alien forces and the humans who joined with the enemy. ‘Captive State’ also stars Ashton Sanders, John Goodman, Madeline Brewer, Kevin Dunn, KiKi Layne, and Alan Ruck. The movie is directed by Rupert Wyatt, known for ‘The Rise of the Planet of the Apes,’ who co-wrote the script with Erica Beene. Focus Features released ‘Captive State’ in the U.S. on March 15, 2019. 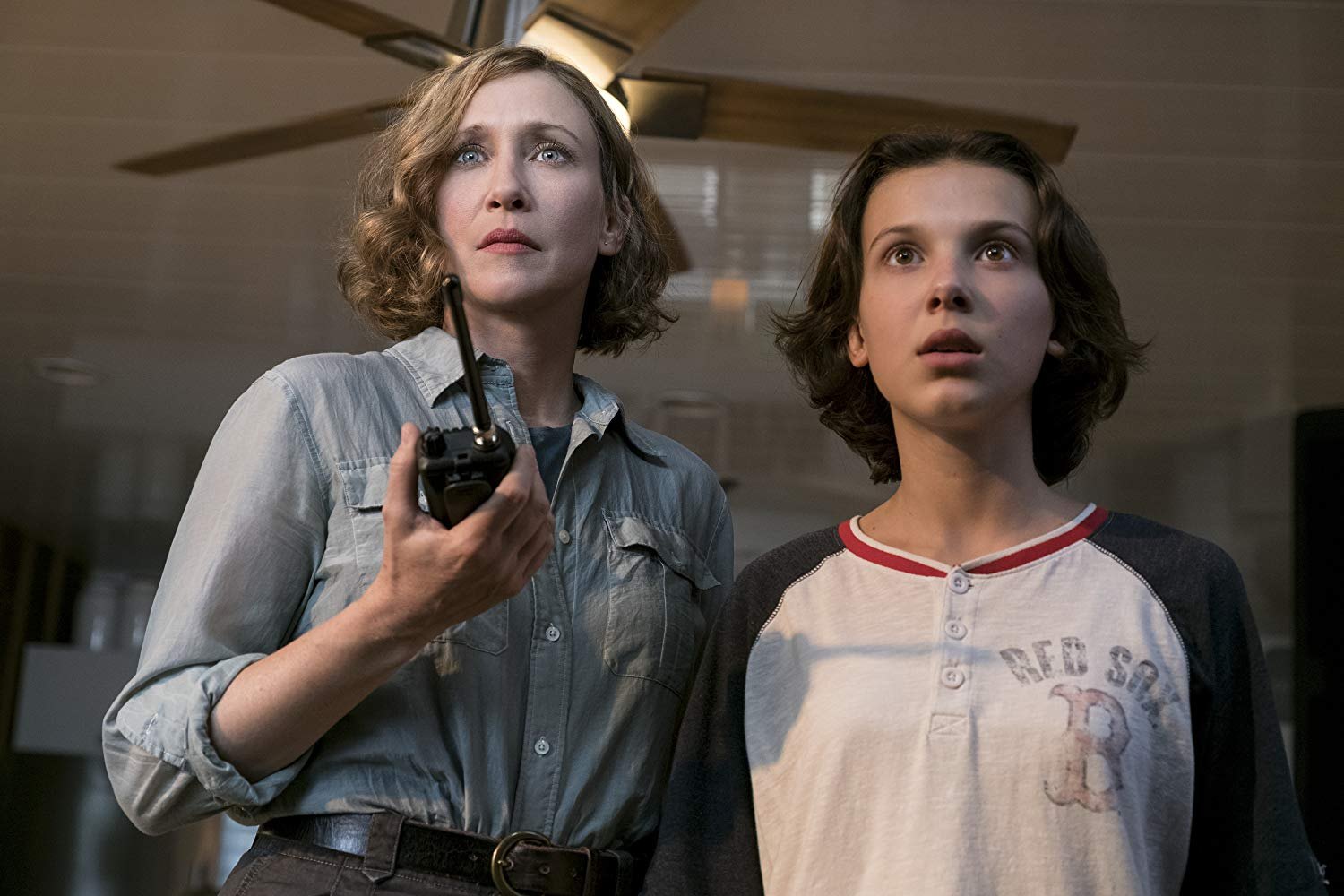 Officially titled ‘Godzilla: King of the Monsters,’ Godzilla 2 is directed by filmmaker Michael Dougherty. It has been five years since the events of Godzilla, which led to Godzilla revealing himself to the external world. The sequel follows the crypto-zoological agency Monarch fighting a group of monsters, including Godzilla, who collides with Mothra, Rodan and King Ghidorah.

Farmiga plays Dr. Emma Russell, a paleobiologist working for Monarch. Her character develops a sub-plot in which the mother is kidnapped with her daughter by the mysterious organization, and Emma’s ex-husband is all set to rescue them. With the mighty monsters rising again, the whole world is on the verge of mortal combat. ‘Godzilla: King of the Monsters’ released on 31st May 2019. 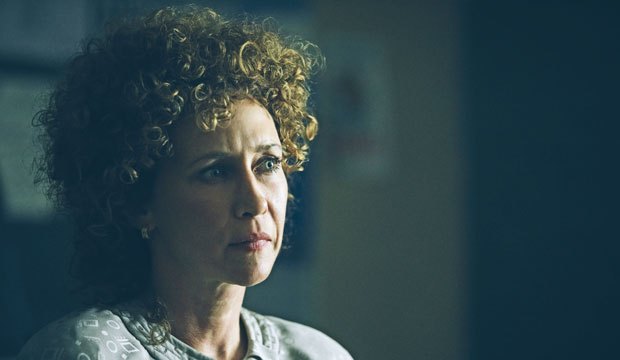 Ava DuVernay’s Netflix Limited Series ‘When They See Us’ is based on the real-life story of the Central Park Five. The four-part drama chronicles the notorious case of five African-American teenagers who are charged with a rape that they did not commit. All five of them were sentenced to sentences up to 15 years and released after spending their young life in jail for 6 to 13 years.

The case became one of the most controversial legal incidents in the history of racist discussions when it was clear that the Harlem teenagers were wrongfully convicted of the rape of a jogger in New York City in the late 1980s. Vera Farmiga appears as Elizabeth Lederer, one of the prosecutors of the original case. The cast also includes Michael K. Williams, John Leguizamo and Felicity Huffman. Earlier, the series changed its name from ‘Central Park Five’ to ‘When They See Us.’ It released on May 31, 2019. 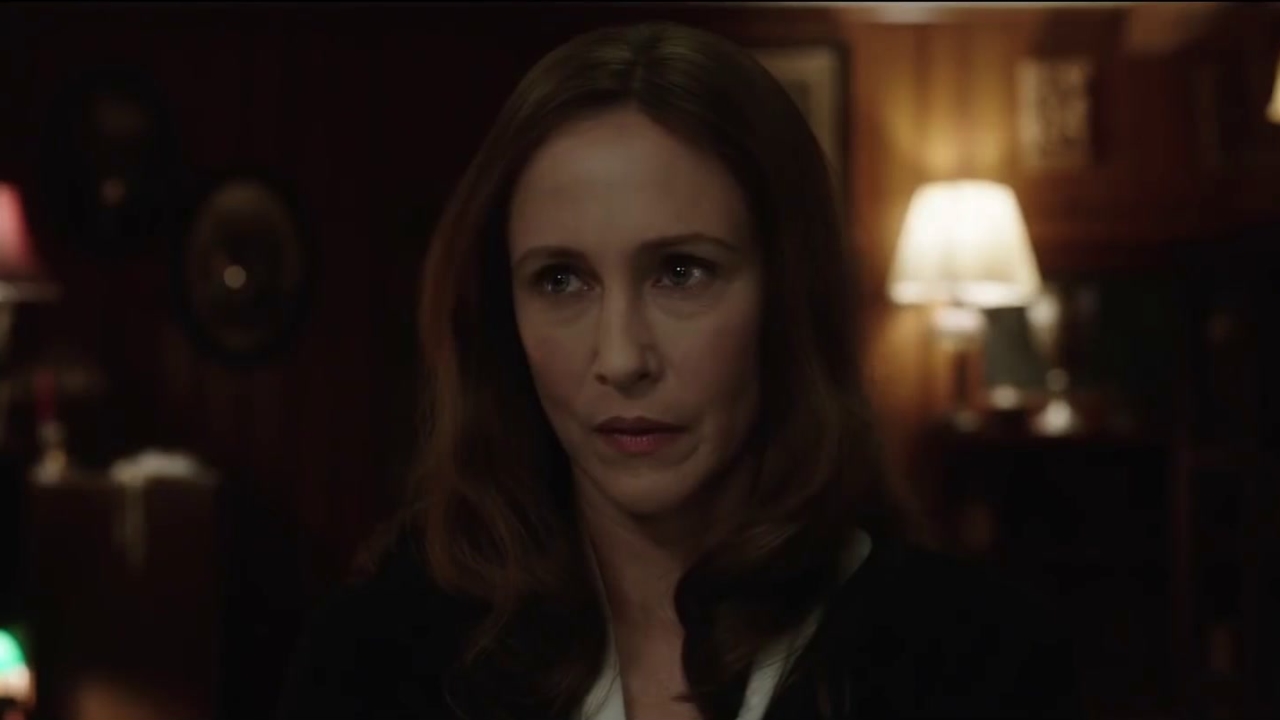 Vera Farmiga reprises her role as Lorraine Warren in the third movie in the ‘Annabelle’ franchise. Patrick Wilson returns alongside Farmiga as his character, Ed. Wilson and Farmiga first collaborated as the real-life paranormal investigators, Ed and Lorraine in the 2013 movie ‘The Conjuring.’ Annabelle was first introduced in ‘The Conjuring’ as a demon doll.

The plot of the upcoming ‘Annabelle’ movie starts when the demon doll awakens all spirits in the supernatural room, which starts chasing the Warrens’ 10-year-old daughter, Judy, played by Mckenna Grace. The movie hit theatres on June 26, 2019.

The skin marks the U.S. feature debut of Israeli director Guy Nattiv. The plot of the movie is based on the experiences of a young man named Bryon Widner, who found his way out of a cult group. Jamie Bell plays Widner in the movie who is the golden boy of a ‘Viking’ skinhead group headed by Fred ‘Hammer’ Krager, played by Bill Camp, and wife Shareen, played by Vera Farmiga.

Widner is like an adopted son for the couple and they groom him for white supremacist activities and feed him with sex, alcohol, and music. But, when Widner meets Julie, played by Danielle Macdonald, a hardened mother of three girls, his life starts changing for the good. He realizes his life has reached a crossroads and he had to find a way out from the maternal influence of Vera Farmiga’s Shereen. ‘Skin’ hit theaters in the U.S. on 26th July 2019.