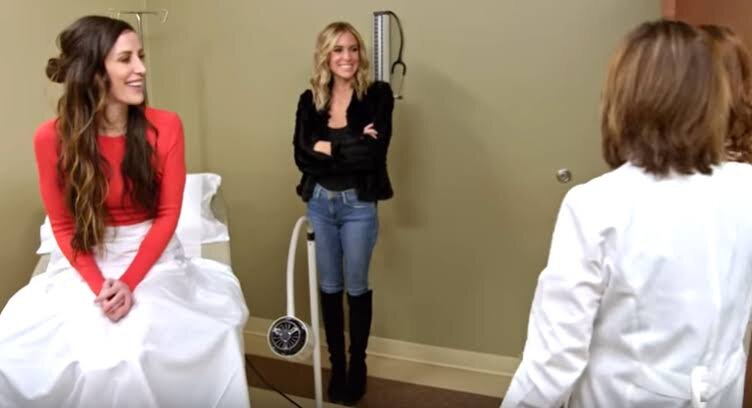 Reality television has seen an unprecedented boom in the last few decades, with new and interesting varieties of shows coming up within the genre. Undoubtedly one of the most popular formats of reality TV shows is the one where we get to follow the personal lives of some big celebrities. Shows like ‘Keeping Up With The Kardashians‘, ‘Very Cavallari‘, and others are some of the most popular in this subgenre.

The E! series ‘Very Cavallari’ is based on the life of Kristin Cavallari, who first got famous with the reality show ‘Laguna Beach: The Real Orange County’, which follows the lives of Cavallari herself, along wtith some of her friends.

Kristin Cavallari is now married to former American football quarterback Jay Cutler, and the two of them have three children together. Their lives are one of the major parts of the show’s narrative. We also get to see Cavallari interacting with some of her friends and other family members during the course of each episode.

Cavallari has a jewelry store of her own called Uncommon James, which has grown massively since she first launched the company in 2017. The relationship Cavallari shares with her employees is also one of the prime focuses of this series. The drama naturally intensifies when people sometimes get genuinely upset with each other or have a massive quarrel. These parts become the biggest selling point of the show. There are funny moments as well, like in this clip where we see Cavallari and Cutler having some moments at the gym together:

Cavallari was born in Denver, Colorado, but started off her career after shifting to Los Angeles. However, after she married Cutler, she moved out to Chicago, and then to Nashville, Tennessee, from where she also started her business. Filming of the series is naturally done in Nashville most of the time unless Cavallari herself or someone rather close to her has to travel somewhere during the course of the series’ filming.

Reality shows like ‘Very Cavallari’ which follow the real-life sojourn of celebrities are always filmed on-location, and using equipment which can be moved easily from one place to another. Such shows need to be filmed in a rather intimate manner which will not disturb the ones being filmed and will allow them to move unobtrusively. Filming of ‘Very Cavallari’ is mostly done in Cavallari and Cutler’s home, and it captures them at their most intimate and vulnerable moments. Domestic moments like this become a part of the series:

What would you rather watch at night? pic.twitter.com/atmiln5FUF

Most of the show is filmed in and around Nashville, and captures Cavallari as she is busy leading her personal and professional lives. This naturally means that some of the most popular joints in Nashville are frequented by Cavallari or her friends, and most of them get featured on the show. The pizza joint Slim and Husky’s, the bars Dierks Bentley’s Whiskey Row and Winner’s, the diner The Flipside, the East Nashville public park called Shelby Park, and the golf course Topgolf have all been featured on the show at some point of time or another.

The Chicago Tribune has reported that Cavallari herself was spotted filming her show in some parts of the Windy City. However, it is not yet clear which parts of Chicago have been featured on the show.

‘Very Cavallari’ has definitely managed to strike a chord with the audiences, and this is the reason behind the popularity of the show. The thing with Cavallari herself that needs to be acknowledged is the fact that she does know how to make a reality show fun and exciting after having been in the industry since she was in high school.