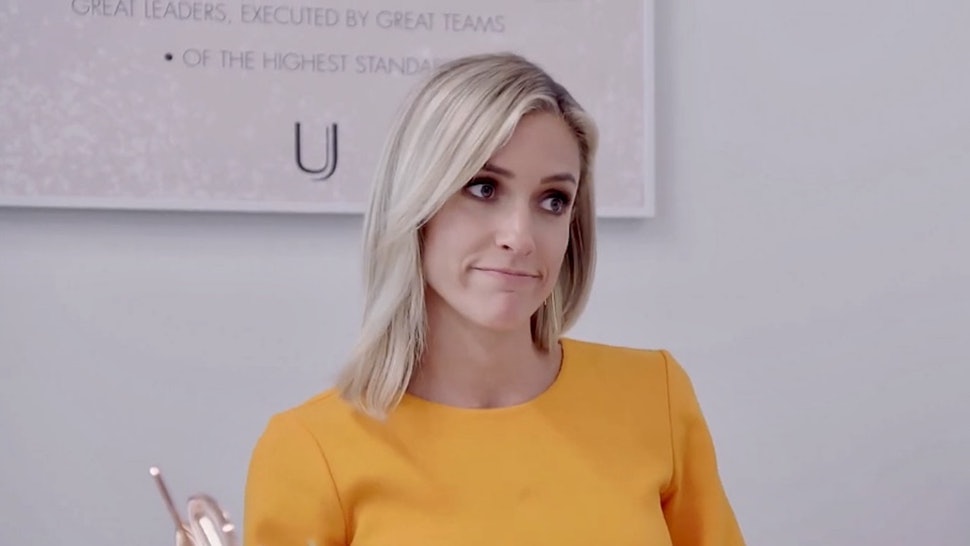 Kristin Cavallari, the former star from ‘Laguna Beach’ and then ‘The Hills’, launched her very own reality series, ‘Very Cavallari’, which gives an inside look into her life, alongside her hubby Jay Cutler. The businesswoman established her flagship store for her product line, Uncommon James, and this show follows her entire journey.

‘Very Cavallari’ documents Kristin’s busy schedule that switches between her family and staff, in the Music City, Nashville. Season 3, which premiered on January 9, 2020, takes her story further and expands into her growing empire while the diva redefines her inner circle of friends.

After witnessing some major changes in Kristin’s life in episode 1, fans are craving to know the whens and whats of the upcoming episode. Here’s everything we know about ‘Very Cavallari’ season 3 episode 2.

Very Cavallari Season 3 Episode 2 Release Date: When Will It Premiere?

The synopsis for episode 2 goes as follows: “Kristin heads to Chicago to meet up with her friend Biegs and check out spaces for a potential second UJ store, but is on edge about finding out if she’s going to get her dream space or not. Justin’s boyfriend Scoot arrives, and Brittainy deals with the aftermath of dumping Stone. Jay tries to show Justin and Scoot the ropes of Nashville life, and Justin sits down with Kelly to try and help navigate the conflict between her and Kristin.”

You can watch the latest episode of ‘Very Cavallari’ if you have a cable connection, by tuning in to E! at the above time slot.

You can also watch the released episodes online by logging into E!’s website or even on the official NBC platform. There are a number of other ways to stream the season. You can catch the episodes on Sling, Amazon Prime Video, Fubo, YouTube TV, and Direct TV.

Episode 1 is called ‘Uncommon Beginnings’ where the jewelry mogul is seen all set to open a new store in Chicago while dealing with a friendship gone wrong and starting afresh with her husband — saying, “I love him again!”

Jay claims that he can do 10 pull-ups right now, which only means that he is planning to return from his retirement. Meanwhile, Kristin is on an all-time high regarding her marriage, something which is quite clear when she exclaims: “Since Season two, Jay and I are doing really well. I think marriage has ups and downs, but we are on a high right now.”

We also get an update on her kids, who seem to be doing pretty well, though we don’t see them on the show. Kristin is attempting to sell her previous home in Nashville and is still contemplating where to open her second Uncommon James boutique retail store — Dallas or Chicago.

Many employees are no more to be seen at the store, including Reagan, Matt, Kelsye, and Kaylee. Some were fired and others had quit. There are also some bits of surprises. For example, we learn that Kristin is no longer in talking terms with her BFF Kelly. Kristen explains: “She hasn’t really been there for me. We aren’t even really speaking right now.”

In fact, in season 2, there were rumors about Jay and Kelly having an affair — something which Kelly wanted to use to her advantage. Again, Kristin’s friend Justin is seen living in the old house — something which takes Jay by surprise.