Who Is Victoria Gotti? Is She Married? 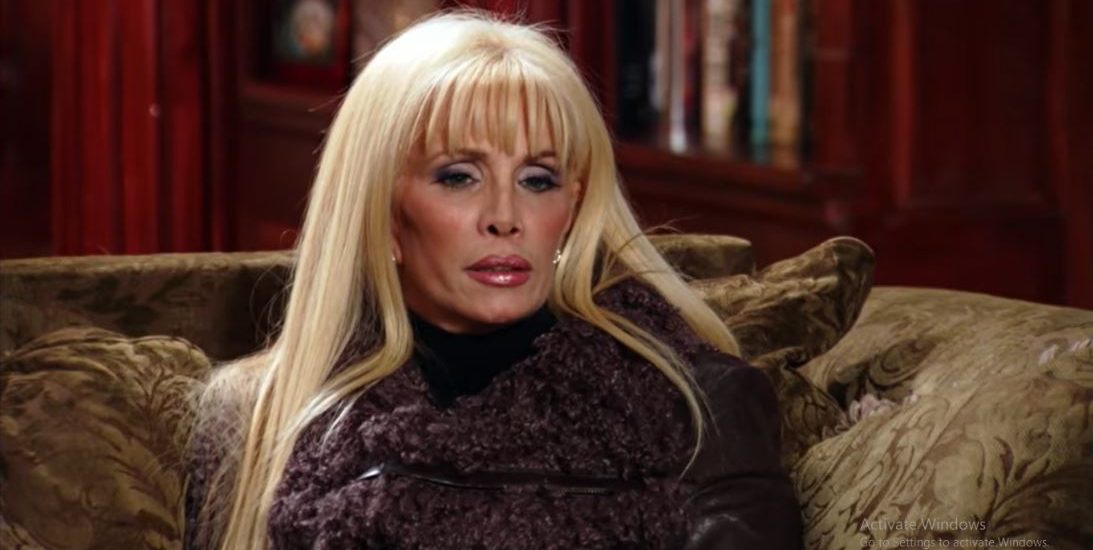 ‘Fear City: New York vs the Mob‘ is a Netflix miniseries wherein we learn how the FBI and federal prosecutors worked to dismantle the five mob families who ruled the city of New York and put terror in the hearts of the people back in the 1970s and 1980s. Although the series focuses on all the crimes committed by the mob bosses and families, there are a few instances where we saw just how normal and ordinary that can be, how human they can be. And, considering the fact that most of them had families to look after, it shouldn’t have surprised us this much.

We were introduced to John Gotti in the series as the man behind Paul Castellano’s murder, boss of the Gambino crime family, but what they didn’t mention is that Gotti became the boss two weeks after Castellano’s death and continued his life in the mob world to support his wife, Victoria Gotti (nee DiGiorgio) and their kids, including, John A. Gotti and Victoria Gotti.

You are SO so missed not one day goes by without thinking of you. ♥️♥️♥️♥️

Who Is Victoria Gotti?

Born November 27, 1962, in Brooklyn, New York City, Victoria Gotti is a writer and reality television personality. Raised in a two-story house in Howard Beach, New York, with her siblings, despite claims that state otherwise, Victoria says that her upbringing was sheltered and that they lived a lower-middle-class life with old-fashioned family values that hailed from their Russian and Italian ancestry. Her mother made all of their clothes and even cut the girls’ hair. Her father was protective of her and together, they always taught her to only believe what she saw.

Victoria was so shy when she was little that her parents were worried that she had autism. Thankfully, that was not the case. The young Gotti daughter was an avid reader and a straight-A student in school. Skipping two grades, she got admission into St. Johns University in 1977, at the age of 15. She planned on studying law after her college graduation but dropped the plans once she realized that her shyness would hinder her from becoming a good attorney.

Despite the tragedy of losing her younger brother to an accident, having her father be sentenced to prison, and then losing him as well, Victoria continued to move on in life. She started working as a columnist at the New York Post and a reporter for WNYW. And, in 1995, she published her first book, “Women and Mitral Valve Prolapse,” inspired by her very own struggles with the illness. The success of that book led her to write more, and till now, she has published a total of 6 books across all areas- fiction, non-fiction, mystery, and memoir.

In 2004, Victoria became a television personality as well, starring in ‘Growing Up Gotti,’ a reality series on A&E. In 2012, she was a participant on ‘Celebrity Apprentice,’ following which, she made appearances on various other reality series’ as well, including, ‘The Real Housewives of New Jersey’ and ‘Mob Wives.’ She was even featured as the narrator in the film, ‘Victoria Gotti: My Father’s Daughter.’ Now, Victoria lives a seemingly lavish life in her home city.

In 1984, Victoria Gotti married her “first real boyfriend,” Carmine Agnello, a mobster from the Gambino crime family, who ran a scrap metal recycling operation. She had known him since she was in high school, but even so, her parents disapproved of their union. Despite their wishes, however, she went ahead to tie the knot and built a family with him, in a mansion, in Westbury, New York. Together, the couple had three sons, Carmine, Frank, and John. They also had a stillborn baby daughter who they had named Justine.

This week I celebrated TWO of my three sons birthdays. Carmine April 8 and Frankie April 12(John to come May 5!) the three of you are truly my beacons in life. “I love love you all to the end of the earth and back”. You three are the reason for my existence. My greatest accomplishments!!!!♥️

Unfortunately, in the year 2000 things took a turn when her husband was arrested for using extortion and arson to frighten a Queens business competitor, who happened to be an undercover cop. A year later, he was convicted and sentenced to nine years in federal prison, along with an order to forfeit $10 million in assets to the court. In 2003, on grounds of constructive abandonment, Victoria divorced him. Apparently, as a part of the divorce, she got their mansion and receives $12,500 a month in alimony in addition to the $12,500 per month for her sons. Her package is worth an estimated $7 million.

For years, she chose to live the single life to only concentrate on her kids and to manage the number of commercial properties that she owns in Queens, but now, she is ready to date again and come back into the spotlight. Victoria states that she has plans for a new TV series, one plot point of which would involve her quest of finding true marital bliss with “the next Mr. Gotti.” (Featured Image Credit: A&E)

Happy and most importantly healthy Easter Sunday. A historical date where no easter or religion is recognized in its traditional form. But we all can pray and hold on to our strength and faith! 🙏🏻🙏🏻🙏🏻🙏🏻