We all love playing video games. It’s unimaginable to have a world without games in our lives. When you play a video game, you seek an experience which you can’t achieve in real life. Films help in a very similar manner. You watch a film and you envy the characters for all they can do in their virtual lives. Only that video games have their own age group while films are watched by anyone and everyone. Video games offer you to be part of the experience while in films, you just look at things as an outsider. Both are equally visually stunning and give you a chance at realizing your dreams.

In such a scenario, the concept of having films based on video games or giving movies the feel of video games is certainly a novel one. Throughout history, there have been many films inspired by video games. Some flopped while others thrived completely. The fact that these films have an automatic fan base without any marketing adds to the advantage. With all that said, here is the list of the best video game movies. You can watch some of these top video game movies on Netflix, Hulu or Amazon Prime. 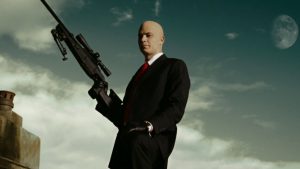 ‘Hitman’ is a highly successful action-packed film based on the video game series of the same name. Starring Timothy Olyphant as Agent 47, the story revolves around a professional hitman who is trapped in a political conspiracy and is chased by law enforcement agencies around the world. Timothy Olyphant gives a convincing performance in the lead role. The bullet action in the film can wow anyone who has played counter strike or other such games in childhood. 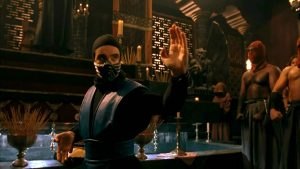 Directed by Paul W. S. Anderson, ‘Mortal Kombat’ gives quite a few kicks and martial arts moves. It tells the story of a group of people trying to stop an evil sorcerer and save the Earth. ‘Mortal Kombat’, on release, received a lot of praise for its story, which derives from a fighting game series and its martial arts sequences. A great treat for the ones who have loved playing kung fu games! 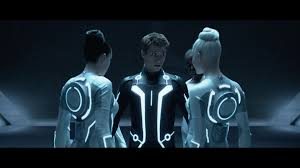 Although not based on any video game, ‘Tron: Legacy’ gives all the feels of a video game. In a futuristic world, the protagonist receives a message from his long-lost father and goes into a virtual reality named ‘The Grid’ in search of him. It shows a different aspect of video games as the maker of a video game gets trapped into his own game. Olivia Wilde does particularly well as the algorithm Quorra while others deliver satisfying performances. 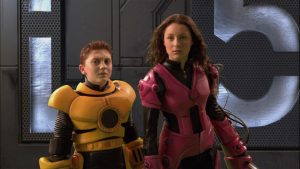 The title itself has the word ‘game’ in it. For anyone born in the 90s, the ‘Spy Kids’ series is no less than a spectacular growing experience. The third instalment of this franchise has the two kids Carmen and Juni Cortez in a virtual reality-based video game called ‘Game Over’, each having nine lives and certain challenges in order to win the game and escape. Enthralling as it is, this film gives a glimpse of virtual reality long before it was actually implemented. 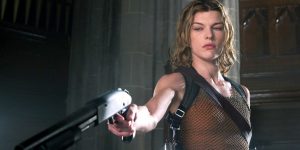 So we have another Paul W. S. Anderson film on the list. ‘Resident Evil’ stars Milla Jovovich as a cold-blooded employee who is on the path to stop the outbreak of a virus. Based on the survival horror video games of the same name, ‘Resident Evil’ is unbelievably exciting and gripping. Packed with great action sequences and zombie killing scenes, it is a visual delight for those who like to play zombie games on their phones. 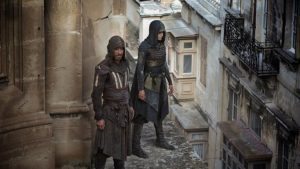 The game ‘Assassin’s Creed’ is so popular with the kids that a film had to be finally made to please the fans. With an ensemble cast including Michael Fassbender, Marion Cotillard, and Jeremy Irons, the film is set in the same universe as the video game series but has a more realistic story which can appeal to all audiences. With its excellent sword fighting scenes and some cool stunts, it makes for a wonderful game-watching experience. 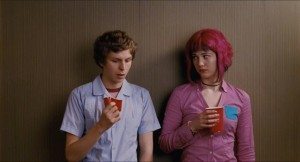 Although it is based on a graphic novel series, ‘Scott Pilgrim vs. the World’ looks more like a video game with highly advanced graphics. A plot wherein a musician is trying to battle it out with his girlfriend’s evil ex-boyfriends in individual duels is quite interesting. All the combat scenes are in sort of a gaming format with scores being kept and winners being rewarded. This movie is highly entertaining and relatable. 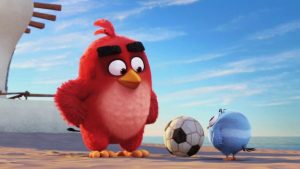 Whenever you play the game ‘Angry Birds’, you must have wondered what made the birds so angry. Well, this film just acts as a prequel to the game and gives an explanation of how the birds came to bearing so much hatred for the pigs. We all relate to Red, the bird who has uncontrollable anger due to seclusion from other birds. Incredibly hilarious and entertaining, this is the movie to watch for all those guys who liked to slingshot the birds on pigs. 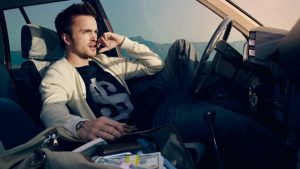 With Aaron Paul in the lead, this film adaptation of the famous racing game series gives all the NFS fans what they truly need — real people driving real cars and death being an actual possibility. ‘Need for Speed’ really makes us crave for some speed in our lives. Seeing Tobey Marshall participate in cross-country races makes us want to be part of these races too. And that feeling of thrill plus happiness is what a video game lover needs. Excellent performances by the cast supported by a well-layered story allow the film to be a hit among the audiences. 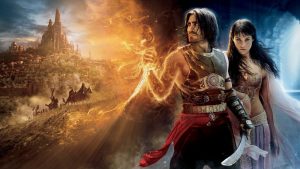 ‘Prince of Persia’ is regarded as one of the best games for one main reason — its epic wall-climbing skills. Same gets translated into the film as Jake Gyllenhaal does some unbelievably eye-catchy wall-climbing in order to protect his kingdom from falling into the wrong hands. In addition to that, the way the time is turned back using the dagger is exceptional to watch. For all those gamers who like to climb walls and do some cool sword-fighting, this is the film to watch. 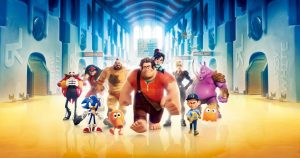 ‘Wreck-It Ralph’ gives a peek into the lives of video games’ characters. Ralph, a villain in one of the arcade games, wishes to become a hero and hence, sets out on an adventure to achieve that. On the way, he meets Vanellope von Schweetz, a glitch in another game and instantly develops a close bond with her. The film shows how video games’ characters have their own lives and how the game’s format affects each life in a different way. The film received an Oscar nomination for the Best Animated Film. 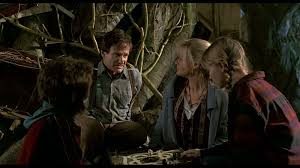 This film taught us the real fun of playing board games. ‘Jumanji’ and its magical world are truly mesmerizing. Robin Williams gives another noteworthy, laughter-filled performance. Furthermore, 13-year old Kirsten Dunst made us applaud her cute looks and impeccable acting skills. People still watch it and feel nostalgic about those days when such classic movies were made. A sequel is going to release this year although I doubt if it can match the original film’s greatness. Perfect family time film for those who love to play games of any kind.