When Does Vikings Season 6 Episode 7 Start? 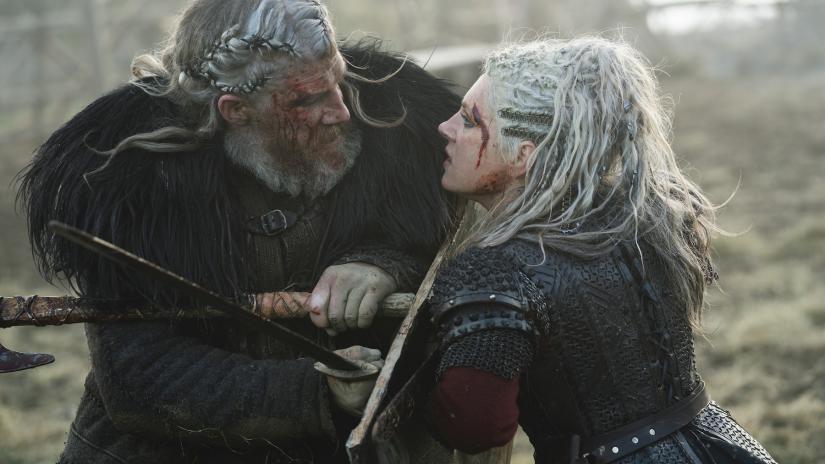 ‘Vikings‘ is one of the most popular shows when it comes to telling us tales of the Norse legends, who made a name for themselves as raiders, before becoming a genuine force to be reckoned with. History Channel does a wonderful job of weaving a fascinating tale around real-life characters, where historical events are never too far from our minds, even as we are taken by the stories of extreme action and emotions, filled with twists, betrayals, and surprises.

Basically, we start off with Ragnar Lothbrok, the Norse hero, who becomes the scourge of countries like England and France due to his repeated raids. The man rises from the position of a peasant to become a ruler. Soon enough, the series shifts from his adventures to his legacy as we take a look at how Ragnar’s sons carry on the tradition and carve a space for themselves in a cruel world.

‘Vikings’ is on Season 6 and things are heating up with Lagertha facing bandits, Ivar seemingly having met his ruthless match, and Bjorn contesting the elections that might erupt in violence. Naturally, you might be wondering about what goes down in the latest episode, and we are here to tell you that. However, first, let us walk you through when and where to watch the upcoming episode of ‘Vikings’.

Vikings Season 6 Episode 7 Release Date: When Will It Premiere?

‘Vikings’ Season 6 Episode 7 is slated to air on Wednesday, January 15, 2020, at 10/9C on the History Channel. The upcoming episode has been titled ‘The Ice Maiden’.

We will see Bjorn returning to Kattegat, and learning about the death of his son Hali. Meanwhile, Harald plans to take revenge on Olav. Ivar and Igor manage to learn some information about Prince Dir, while in Kiev.

You can check out the official promo for the upcoming episode below.

Episode 6 of ‘Vikings’ is titled ‘Death and the Serpent’. It starts off with Lagertha and the villagers holding off another bandit attack. With smart planning, they are able to isolate the attackers and kill them, until Lagertha is left to fight the leader. We get one of the finer action sequences in this season, but it seems that Lagertha will be done for. At the last moment, she dodges the bandit’s fatal blow to come up and kill him.

However, in a pigheaded move, she decides that she must travel to Kattegat immediately, despite her injuries. By the time Lagertha arrives, she collapses and tries to drag herself to the great hall. This is where things get a little messy. Hvitserk, who is paranoid and drunk, imagines Lagertha to be a serpent chasing him and stabs her repeatedly. Lagertha dies, saying that she was destined to be killed by one of Ragnar’s sons.

It remains to be seen if Ivar, who wanted to kill Lagertha himself, is pleased or angered by this. Speaking of him, Oleg seems to know what Ivar is up to, and it is a battle of wits there. Meanwhile, Harald manages to win the elections, while Bjorn understandably loses. However, the sly Harald also plans of eliminating Bjorn right after the elections. Luckily, he is warned by what could be a new ally. He escapes almost certain death, and it remains to be seen what the consequences of the actions are, in the upcoming episode.