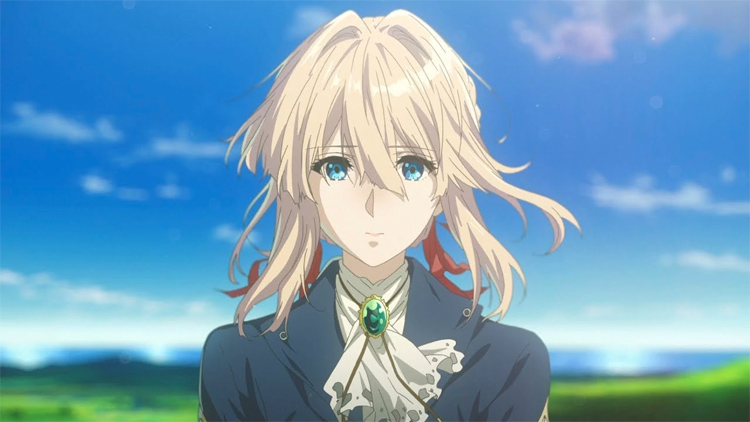 Subsequently, Season 1 of Violet Evergarden premiered on January 11, 2018, and was a hit among fans of the source material and new viewers alike. Since then, fans have been waiting to hear news about a second season. Here’s everything we know about the prospects of Season 2 thus far.

Violet Evergarden Season 2 Release Date: When will it premiere?

Violet Evergarden season 1, consisting of 13 episodes, released on January 11, 2018, and ran till April 5 of the same year. A couple of months after Season 1 finished airing, an original video animation (OVA) special episode was released on July 4, 2018. Around the same time, it was announced that anime movie based on the show would be made, and that the movie would serve as a sequel to Season 1, despite having a new storyline.

Thus, it would appear that Kyoto Animation is more keen on continuing the story through an anime movie, than through a full-length season. This, of course, puts the possibility of Season 2 at risk, and it could well be that a second season is out of the question. However, we’ll be keeping our ears open for news on Season 2 of the show, and we’ll update this section if we hear anything about Violet Evergarden season 2 release date.

Meanwhile, a Violet Evergarden movie is scheduled to release on April 24, 2020.

For those who like watching anime shows in English, the good news is that Violet Evergarden has an excellent English dub which was made keeping in mind the show’s international fanbase. If you want to watch the show in English, you can find dubbed episodes on Netflix.

Read more in anime preview: B: The Beginning

Violet Evergarden is set in a fictional place and takes place after a massive war known as the Great War. After four long-drawn years of conflict, the Great War finally comes to an end, leaving people in the the continent of Telesis to rebuild their lives. As the years roll by, Telesis also starts to flourish.

In this backdrop, the show follows a former soldier called Violet Evergarden, who had been raised for the sole purpose of obliterating the enemy. After serving valiantly in the war, Violet suffers a major injury in the final leg of the war, and is left hospitalized. After she recovers from her wounds, she has a falling out with her new guardian family, and decides to see what life has to offer on her own. Subsequently, Violet takes up work at the CH Postal company, and by pure chance, comes across the work of amanuenses known as “Auto Memory Dolls”, which transcribe people’s thoughts and feelings into words on paper. Moved by the work of these amanuenses, Violet decides to start working as an Auto Memory Doll, and owing to her beautiful looks, she soon becomes one of the most popular dolls. Violet’s work also takes her on heartwarming adventures and through her work, she hopes to embark on a journey of self-discovery.

Violet Evergarden: The protagonist of the show, Violet is an orphaned child who was raised to become a killing machine during the Great War. When Violet was a child, she was discovered on a deserted island, and when some soldiers tried raping her, she killed them all. However, a high-ranking soldier called Dietfried understood that Violet was different, and took her under his wing. He soon realized that Violet was unable to speak or emote, and could only take orders. Later, Violet was assigned to Major Gilbert during the Great War, and played a huge part in bringing the Great War to an end. A soldier trained to obliterate her enemies, Violet grew up learning only how to take orders, and never learnt to distinguish right from wrong. Of course, owing to her training, Violet was not socialized like most human beings, and is shown to have difficulty in expressing human feelings and emotions. She is also shown to have difficulty in understanding what others are feeling and expressing. Following the war, Violet takes up work at the CH Postal company and becomes an Auto Memory Doll, hoping to understand the nuances of human emotion and expression.

Violet’s motivation to become an Auto Memory Doll also stems from her desire to understand the dying words of Gilbert, the only person who showed her a life outside taking orders and killing during the Great War. Determined to improve her understanding of emotion, empathy, and expression, Violet goes about her work as an Auto Memory Doll very diligently, putting in all the effort she can. As far as Violet’s personality is concerned, she appears to be an aloof and emotionless person, and her deadpan expressions make it very difficult for others to understand what she is feeling.

Despite appearing to be emotionless, Violet actually experiences emotions but is unable to articulate them owing to her upbringing. However, after she starts work as an Auto Memory Doll, Violet starts to learn the nuances of expression, and gets better at emoting and at conveying her thoughts and emotions to others. As Violet improves, she starts to show more of herself to the world, and is known as a calm and polite person. However, in spite of her desire to be polite to everyone, Violet never backs down from voicing her opinion and can be very blunt when she wants to be. Owing to the fact that Violet meets various clients with varying needs, she also becomes adept at understanding a range of emotions, and is shown to be a compassionate and patient listener.

Gilbert Bougainvillea: Although not a main character, Gilbert is an extremely important character in the show. A major in the Leidenschaftlich army, Gilbert played a major part in the Great War and was Violet’s commanding officer. While most others in the army treated Violet as a tool for destroying the enemy, Gilbert treated her like a human being, and showed her that a world existed outside the death and destruction of war. Further, it was also Gilbert who taught Violet to talk, and gave her the name “Violet”. Understandably, the two shared a special bond. In the final stages of the war, Gilbert’s unit was tasked with attacking the enemy headquarters, and although they succeeded, the unit suffered heavy casualties. Gilbert was one of the people who got grievously injured in the attack. Despite Violet’s attempts to rescue him, Gilbert ordered her to retreat, and they parted ways with Gilbert telling her how much he loved her.

When Will Baki Part 4 Release on Netflix?