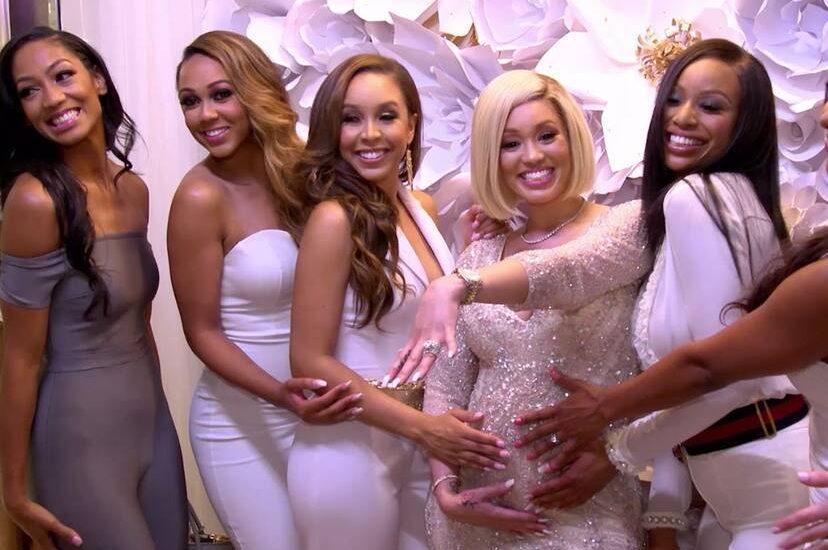 Let’s face it. Secretly, we all love glamour. Fame and name are what most of us fantasize about. It wouldn’t be wrong to say that that is what drives a lot of people to work harder and aim for more. Is it healthy? Not always. But who cares? While we live in our dreamy bubbles, shows like ‘WAGS Atlanta’ prove to be our idiot-box portals into the flashy lifestyle that we so desire.

‘WAGS Atlanta’ is a reality television series that chronicles the ultra-luxurious and starry lives of Atlanta’s most prominent couples. It focuses on athletes who enjoy a celebrity status and their partners who assist them in building highly valued empires. “WAGS” stands for wives and girlfriends of sportspersons and as its name suggests, it revolves around the glamorous women who support their husbands while living extremely social and upscale lives.

They are extremely ambitious themselves and maintain a strong and independent personality, capable of turning up the charm (and the sass) whenever required. ‘WAGS Atlanta’ is a spin-off series of ‘WAGS LA’ which aired in 2015 and basically follows the same format but is set in Los Angeles. The series led to the creation of ‘WAGS Miami’ which was subsequently followed by ‘WAGS Atlanta.’

The ‘WAGS’ shows were developed to directly compete with the extremely successful ‘Real Housewives’ franchise. However, the former aimed to cater to a younger crowd but could not achieve the same level of success as ‘Real Housewives.’ Each episode of ‘WAGS Atlanta’ focuses on a different aspect of the women’s lives but the entire season consists of a permanent cast. However, all the cast members do not appear in all of the episodes.

Brandi Rhodes is one of the cast members. She is a professional wrestler, businesswoman and the wife of former WWE star, Cody Rhodes. She started her career as a wrestler on WWE as well, subsequently shifting to become a ring announcer. In 2019, she co-founded All Elite Wrestling (AEW) with her husband. She is the Chief Brand Officer for AEW, a professional wrestling promotion that is touted to have enough financial backing to compete with WWE.

Other than Brandi, Kaylin Jurrjens is also a cast member on ‘WAGS Atlanta.’ She is the wife of the professional baseball pitcher, Jair Jurrjens. Moreover, the American football player, C.J. Mosley’s girlfriend Kesha Norman also appears on ‘WAGS Atlanta.’

The show portrays some truly eyebrow-raising things about the women. For instance, one of the cast members, Kesha Norman decides to install a camera in her house to see whether her partner, C.J. Mosley is being unfaithful. Apart from that, ‘WAGS Atlanta’ also depicts a few athletic problems in the lives of the women’s partners and how they react to it. For instance, Jair Jurrjens gets suspended for 80 games for failing a drug test and the series depicts how his wife tries to cheer him up.

‘WAGS Atlanta’ Season 2 will not be returning to our television screens. That announcement did not come as a surprise to many since ‘WAGS Atlanta’ performed below expectations and was definitely not able to gain as much popularity as the franchise it intended to rival, ‘Real Housewives.’ Furthermore, the show has an unimpressive critical rating.

The show has been officially canceled.