Warren Jeffs’ House: What Happened to It? 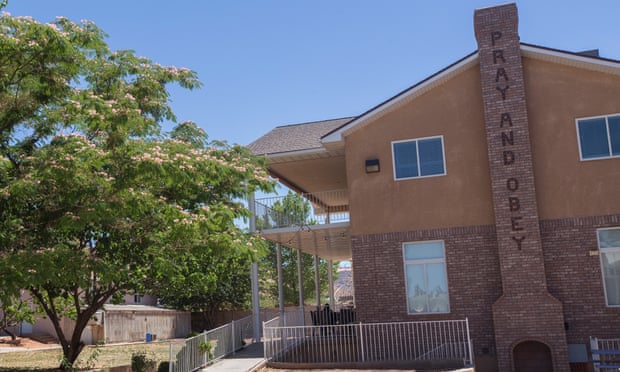 Warren Jeffs was nothing less of a shock as news regarding the practices of his FLDS cult became public news. It not only stunned the public but drastically affected the FLDS community as well. The compound raids, taking children into protective custody, and such were only the beginning of many changes the community would see. Having controlled the larger demographic of Utah for several decades,  its control eventually weakened to witness its first non-FLDS mayor, Donia Jessop, in 2017.

Not only is the locality seeing a difference, but also the sprawling 44 room mansion in which Warren Jeffs’ family used to live. At the time of his arrest, the community’s trust was liable to share the worth of his properties to the government. As they did, it was estimated to be around $100 million. Later, the state authorities of Utah seized the property and leased them out. It was then that Briell Decker, one of Warren Jeffs’ former wives, stepped in.

Briell Decker had run away from the property, not being able to tolerate the practices and punishments of the cult. In an interview with The Guardian, she said: “I knew I wasn’t going to give up, whether I made it out or not. Nothing was going to stop me.”

Thus, Decker appealed if she could purchase the mansion. The state even gave her a discount, even after which she was supposed to play quite a hefty sum. Decker’s idea was to convert the mansion from what it previously stood for. She wanted to change it into a place of healing, hope, and refuge for those who need it. That is when a charity organization named ‘Dream Center’ stepped in to make all the differences that would matter.

The charity is a faith-based organization that aims to provide comfort, refuge, and rehabilitation for all those who need it. It welcomes former FLDS members who have broken away from oppressive clutches or individuals struggling with other problems like addiction or mental health issues.

The center has now become a safe haven to many of the former ‘sister-wives’ who were deprived of any practical exposure and were subjected to various kinds of abuse right from their childhood. The 29,000 square feet home is now no longer what it used to be. The entire property has also been renovated to modern standards. The home is now run by Glyn and Jena Jones, who helps former FLDS members to transition into their new lives by enabling them to acquire new skills and slowly empower themselves. It even has playgrounds and modern gadgets that were earlier denied to the ‘sister wives’ because it was not in accordance with their former faith.

There is a secret room in the house that can only be entered from a linen closet. It was Jeffs’ storeroom for important documents. It still exhibits the wiring and such technical systems that the former Jeffs household kept in place to monitor the place. Jeffs’ house is one of the many FLDS properties that have now been leased to others.

The Phoenix Dream Center’s website has an elaborate list of activities they engage themselves in to rehabilitate and cater to their residents. All in all, it seems the generations of oppression and abuse have now finally ebbed to a close. As Decker put it in an interview with The Salt Lake Tribune: “I wanted people leaving the religion to have somewhere to land.” And, it looks like they do now. (Feature Image Credit: Rachel Aston/The Guardian)