Was It Love Episode 1: When And Where to Watch? 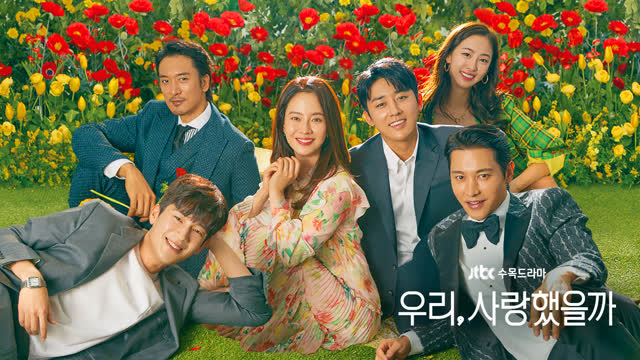 2020 has been an excellent year for fans of Korean shows. Netflix is adding one Kdrama after another and many more titles are in the pipeline. Once such rom-com from the country is ‘Was It Love?’. The upcoming licensed Netflix original is directed by Kim Do Hyung and written by Lee Seung-Jin.

The story is about a single mum named Noh Ae Jung who happens to be a successful movie producer. But she has not had a romantic relationship for the last 14 years. However, things change when she simultaneously gets entangled between four men with contrasting personalities — a bad boy novelist, a rich yet dull guy, a former gangster turned CEO, and a physical education teacher with a heart of gold. What ensues is a hilarious ride as Noh Ae Jung navigates a tumultuous love life and seeks to choose her partner.

Now that you have a gist of the storyline, here’s a detailed rundown about the show’s premiere episode: its release and streaming details.

Was It Love? Episode 1 Release Date

‘Was It Love?’ episode 1 is slated to release on July 8, 2020, at 3 am ET on Netflix. This will be followed by episode 2 on July 9, 2020. Two new episodes will drop every Wednesday and Thursday on the streamer. Season 1 will comprise 16 episodes, each spanning around 70 minutes in length.

Where to Watch Was It Love? Episode 1 Online?

You can stream ‘Was It Love?’ episode 1 on Netflix. You can additionally catch up on the episode by downloading the Netflix app. Korean residents can watch the show by tuning into their tv screens on the dates mentioned above — with the help of a cable subscription for the JTBC channel.

Was It Love? Cast

Song Ji Hyo stars as Noh Ae Jung, a movie producer plus mum who has been single for the last 14 years. Ae Jung is no longer interested in romance but things take a drastic turn when four men walk into her life — at the same time! Son Ho Jun plays Oh Dae Oh, the “charming bad boy” and a bestselling author, who is simply a no-no for women in spite of being irresistibly tempting. He also happens to be Ae Jung’s ex-lover. Next up is Song Jong Ho as Ryu Jin, the A-list actor with a million-dollar smile. It appears Ryu Jin has a pitiful persona in spite of looking great on tabloids. However, he hides a different side of himself behind his image of a movie star.

Koo Ja Sung essays the role of Oh Yeon Woo, the cheerful and confident physical education teacher who is said to make women’s hearts flutter. The young Yeon Woo is a genuine guy and shows an adorably pure-hearted desire to win Noh Ae Jung’s affection. Rounding up the list of suitors is Kim Min Joon as Koo Pa Do — the tough and manly ‘scary but sexy’ former gangster. Pa Do now is a CEO and hides a tender heart behind his intimidating exterior. We also have Kim Da Som as Joo Ah Rin (an A-list actress with her eyes on Joo Ah Rin) and Uhm Chae Young as Noh Ha Ni (Noh Ae Jung’s daughter).

Was It Love? Trailer

You can check out the official trailer for the show below: