Was It Love Episode 3: When And Where to Watch? 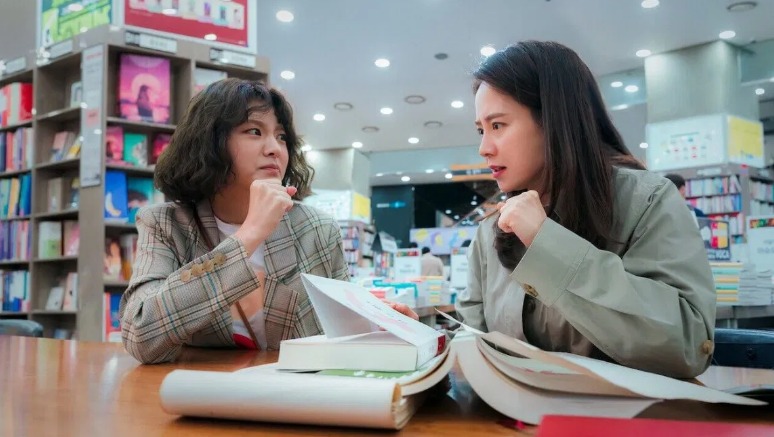 ‘Was It Love?” is a Korean rom-com, helmed by Song Ji Hyo as Noh Ae Jung, a movie producer and single mother who has raised her daughter on her own for the last 14 years. Ae Jung has almost given up on the hopes of finding a man but unexpectedly, her life changes when she finds herself in the second chapter of her romantic journey. And this time, she has not one, not two, but four suitors — all entering her life at the same time!

Like all Korean rom coms, ‘Was It Love?’ features a resilient and hardworking female protagonist, who will go to any lengths to find joy and success. In the show’s first episode, we followed Ae Jung as she works up her way to become a movie producer after doing several part-time jobs. But Ae Jung’s paycheck in the new company gets delayed since its CEO owns a huge debt to a scary loan shark. With Ae Jung taking up the responsibility, after her CEO absconds, she is left in a very vulnerable position.

The second episode takes the tale further and chronicles Ae Jung’s encounters with the four men, who have turned her life upside down. If you have already watched the episode, you might want to get some insights on when the next part will hit Netflix. Read on!

Was It Love? Episode 3 Release Date

‘Was It Love?’ episode 3 is slated to release on July 15, 2020, at 3 am ET on Netflix. Two new episodes will drop every Wednesday and Thursday on the streamer. Season 1 will comprise 16 episodes, each spanning around 70 minutes in length.

Where to Watch Was It Love? Episode 3 Online?

You can stream ‘Was It Love?’ episode 3 on Netflix. You can additionally catch up on the episode by downloading the Netflix app. Korean residents can watch the show by tuning into their tv screens on the dates mentioned above — with the help of a cable subscription for the JTBC channel.

Was It Love? Episode 2 Recap

The first two episodes that landed this week lays the groundwork for a complicated story that will unfold in the next episodes. Ae Jung’s four candidates make their entries and we are introduced to them one by one. While the heavily tattooed and menacing loan shark cum CEO, Koo Pa Do is intriguing, her daughter’s homeroom teacher, Oh Yeon Woo, makes Ae Jung recall her past. Again, the actor Ryu Jin is Ae Jung’s school crush. And finally, we have the famous author, Oh Dae-o, that Ae Jung hopes to work with on a project. Of course, one day, Ae Jung will need to make a choice but until then, all of the four guys will change her life in different ways.