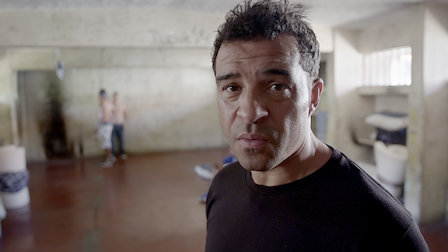 ‘Inside the World’s Toughest Prisons’ is a gripping Netflix documentary series that takes viewers on a terrifying ride through life in some of the most brutal prisons across the world. The show, which debuted in 2016, has seen three seasons so far, and continues to be one of the most engaging docuseries crime enthusiasts can watch.

Irish journalist Paul Connelly hosted season 1 of the show, but Connelly passed the mantle to renowned investigative journalist Raphael Rowe Season 2 onwards. While Rowe has made a name for himself as a journalist with BBC over the past two decades, what many people might not know about him is that he has a rather dark past. Here, we take you on a trip into Rowe’s grim history and his fight for justice.

How and When Was Raphael Rowe in Jail?

Things can happen a long time ago but msg like this make it feel like only yesterday. “Hi, watched all series 3 and then 2 in a matter of days, bloody awesome. Fascinating to see the places and it takes some cajones to go in and I imagine go back after what you had to go through with time in the UK. Disappointed to get to series 1 and it was another presenter, just not as good couldn't watch it haha. That moment in the Brazil prison when you are talking to them and you said you never considered killing yourself and they all warmly accepted you was a great human moment, probably the highlight of the series for me. Great work, really enjoyed it, good luck with upcoming projects hope to see you doing something else on netflix again soon!”….see what I mean? #raphaelrowe #journalistlife #prisonreform #prisonreformuk @Netflix @BBC #travelforworklife #investigativejournalism #investigativeshow #bbcreporterinthefield #reallifeinside #prisonershow #prisonerrights #investigativereporting

The fateful night of December 16, 1988, changed Raphael Rowe’s life. An assault on a gay couple by a group of three masked men culminated in a murder, and a series of robberies took place which, despite conflicting evidence, were attributed to the trio of Raphael Rowe, Michael George Davis, and Randolph Egbert Johnson, who became popularly known as the M25 Three. As The Guardian notes, while the victims claimed that at least two of the three assailants had been white, the trio of Rowe, Davis, and Johnson – all black men – were held responsible for the crime.

Rowe spent the next 12 years of his life in prison, fighting to clear his name from a crime he maintains he never committed. What we know of Rowe tells us that he spent these 12 years in multiple prisons across the UK, including Brixton Prison, Gartree Prison, Wormwood Scrubs Prison, and Kensington Prison. If being falsely incarcerated wasn’t bad enough, Rowe also had to endure a violent beating and racial abuse. It came at the hands of correctional officers during his time at Wormwood Scrubs, and the incident was understandably publicized and raised difficult questions about police brutality and the prison systems in the UK.

When Was Raphael Rowe Released From Prison?

Rowe’s 12-year-long nightmare finally came to an end in July 2000. Since his conviction in 1990, Rowe strove to prove his innocence through a series of appeals. While his initial pleas of innocence fell on deaf ears, a prolonged investigation into the sequence of the events of December 16, 1988, finally convinced the legal system that Rowe was not among the three perpetrators who committed the murder and the robberies.

While Rowe, along with Davis and Johnson, was released from prison on July 17, 2000, their nightmare continues to haunt them to this day. Ten years into their sentence, Rowe secured release, but the moment was not as sweet as he’d have hoped. Lord Justice Mantell said the verdict didn’t indicate a finding of innocence.

To this, Rowe replied, “They didn’t say I was guilty, but that’s how everyone interpreted it. I have battled every day of the last 12 years to prove I was set up by the police, to prove I am not a murderer. It has been my passion. I am free now, but it’s as if I’m still inside. I’m still trying to get my voice heard.” Perhaps, this is what drives Rowe as he goes into the most dangerous prisons of the world, trying to give us an inside look at the system.