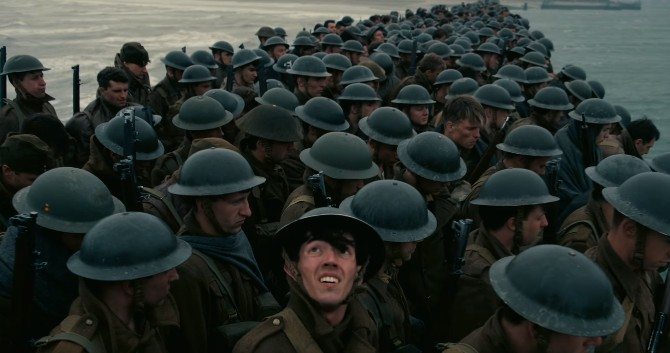 The first teaser trailer of Christopher Nolan’s highly anticipated next film ‘Dunkirk’ is out. And it is as grand and gripping as you would expect it to be.

It will be really interesting to see Nolan’s take on a WWII story; we already know he is brilliant at making science fiction and superhero films. But a film based on World War has very high standards to meet because there are some really great WWII films like ‘Saving Private Ryan’ and ‘Schindler’s List’ that ‘Dunkirk’ will be immediately compared with.

The cast includes the likes of Tom Hardy, Cillian Murphy, Mark Rylance, and Kenneth Branagh, along with Nolan’s new discovery Fionn Whitehead. Other actors include Jack Lowden and Barry Keoghan) and One Direction member Harry Styles. Hoyte van Hoytema was chosen to undertake the cinematography; Hoytema previously collaborated with director Christopher Nolan on his 2014 film ‘Interstellar’. And Nolan’s favorite composer Hans Zimmer has already begun working on the score of the film. The film will release on July 21, 2017.

Read More: 10 Exclusive Images From the Sets of ‘Dunkirk’