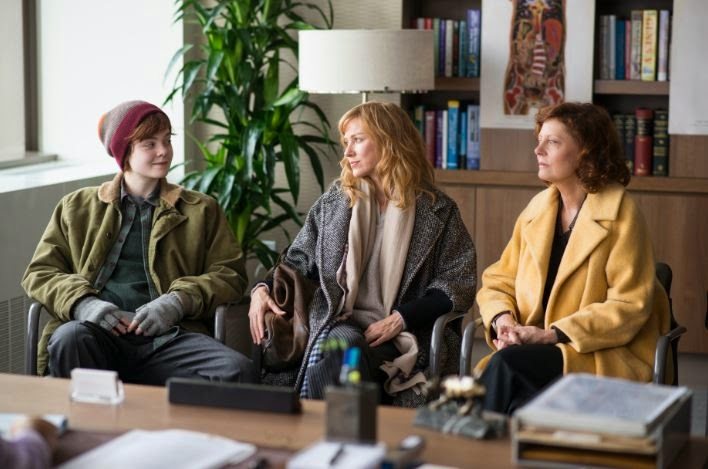 With Caitlyn Jenner catching on a worldwide attention, and Supreme Court ruling gay marriage as legal in US, 2015 seems to be a year for LGBT rights. I am not sure whether this is a coincidence or not, Hollywood seems like doesn’t want to be left behind. ‘About Ray’ is not the only LGBT themed film coming out this year. We also Tom Hooper’s ‘The Danish Girl’ and Julianne Moore starrer ‘Freeheld’. It will be interesting to see, which of these movies make the best impression. For now, we can say there’s a lot of talent behind all the three films, so they better be good. ‘About Ray’ was bought by The Weinsteins Company for distribution for a record price back in May. Chances are they also going to run an Oscar campaign for the film. At least from the trailer, it seems like both Naomi Watts and Elle Fanning might have a good shot.

Ray (Elle Fanning) is a teenager who has come to the realization that she isn’t meant to be a girl and has decided to transition from female to male. His single mother, Maggie (Naomi Watts), must track down Ray’s biological father (Tate Donovan) to get his legal consent to allow Ray’s transition. Dolly (Susan Sarandon), Ray’s lesbian grandmother is having a hard time accepting that she now has a grandson.