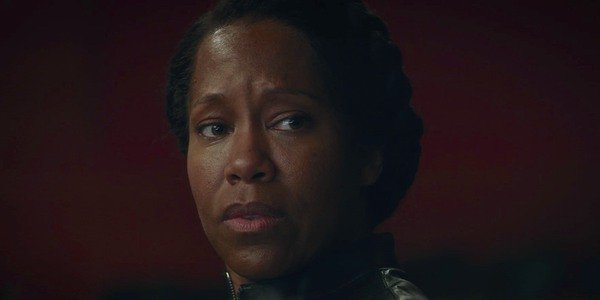 HBO’s ‘Watchmen’ is based on the comic book series of the same name, but it is more of a canon than a direct adaptation. Damon Lindelof called it his own fan-fiction, and we clearly see why. He has kept the main components of the story, the things that define the world of ‘Watchmen’, but he has also flipped it over and presented his own version of vigilantes, heroes and villains. If you haven’t yet seen the show, you should come back to this explainer later. You can find all the places where to stream the show right here. Let’s break down that ending now.

The Ending: Is Angela the New Doctor Manhattan?

“You can’t make an omelette without breaking a couple of eggs.” Doctor Manhattan said this to Will Reeves ten years ago and asked him to relay this message to Angela in the aftermath of his death. Over the nine episodes of ‘Watchmen’, we see that eggs have often been used in various capacities. And there is a jaw-dropping reason for that.

On their first meeting, Manhattan had told Angela that, in theory, he was capable of transferring his powers to someone else. He could store it into some kind of organic matter, and if the other person were to consume it, they could become him. An egg is used as a reference point. Later, when Angela brings him back and tells him that Kavalry is coming for him, he takes a break to make waffles. He says “watch the eggs”, as they float out of the refrigerator, and then, she smashes them.

While cleaning up the mess, she discovers that one of the eggs is still intact. This leads her to connect the dots and she deduces that because he saw his death coming, he might have stored his powers in the egg. And then there was also the incident of him walking on water and telling her that it is important, “for later”. Could this be that “later”?

In the final scene of the season, we see Angela consuming the egg, and the camera cuts after we see her foot hovering over the water. Now, if it really is as it looks, we could say that Angela is the new Doctor Manhattan. If he was to transfer his powers to someone, it would have been someone he knew very well. Someone he trusted, someone he loved. Angela fits that criteria better than anyone else, so, sure. He could have passed that power to her.

Or, maybe she just misread things. Now, we can’t ignore the “for later” part, right? He must have shown it to her because someone else would walk on water and that’d be her cue to identify his successor. But would it be Angela herself? Not confirmed. Because he already knew stuff, and he knew how important it was to remain in hiding with so much power at your disposal, it could be that Manhattan transferred his powers to someone else. One of the children maybe. They, too, witness him in all his glory, don’t they?