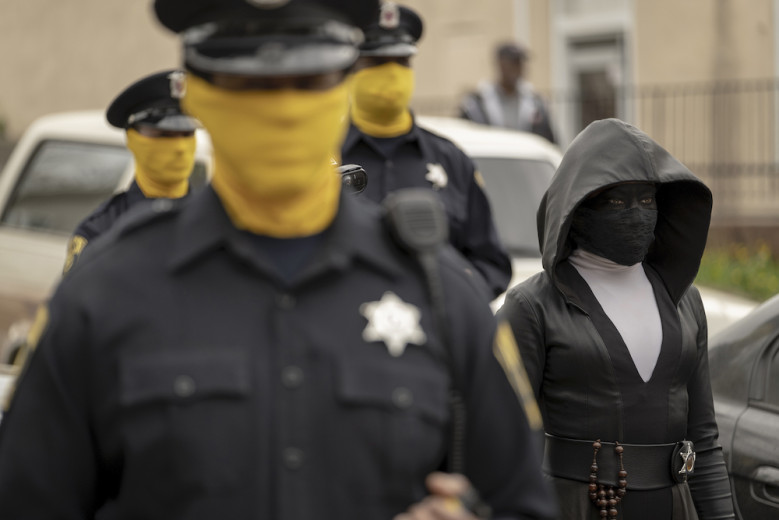 Another piece in the vast, elaborate puzzle that seems to be this show. Among the many questions that the pilot episode raised last week, the second episode of this revisionist take on Alan Moore’s rich graphic novel does proceed toward answering some of them, while raising a significant number more. It is clear aplenty that the answers, at least those that do, don’t come easy here.

The majority of the ones that don’t, have a tantalising way of teasing them right around the corner, adding to the show’s many mysteries, as it goes about strutting between an alternate history, a deplorable present, a fantastical TV series airing within the series (a dramatic retelling of ‘American Hero Story’ about the first masked vigilante, Hooded Justice, within the Watchmen universe from the original novel), and a yet completely unrelated Adrian Veidt track that I am not completely sure as to where it is headed, but am mighty interested to see where it ends up few more episodes down the line.

A number of viewers seem to have taken issue with where the show lies in the currently undefinable for me, left-right wing political spectrum, while die-hard fans of the original novel aren’t obviously happy with where this is going. The two claims that have led to the show’s user ratings plummet overnight even as the critical ratings continue to soar, I will state, are completely true. And if you as a viewer are offended by any of those, then the second episode makes it plenty clear that you shouldn’t proceed further. However, if keeping an open mind and seeing where this goes is more your style of TV viewing, with answers glacially unravelling over several episodes, you may be in the right place. 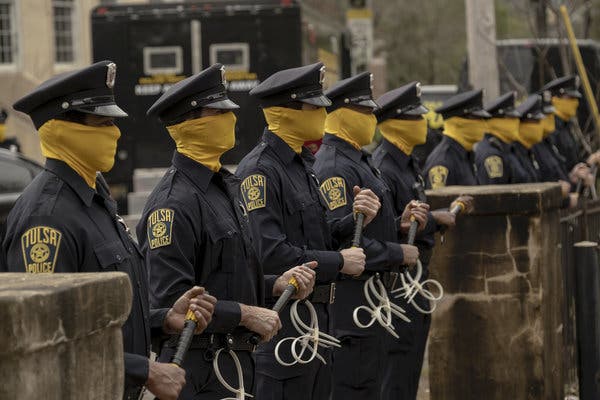 Compared to the first one, the second episode is less dense and therefore went by relatively quickly. The episode begins during the time of the Great War with the Allied forces from the States arriving to wipe out Nazis from the Central forces, as a German officer has a typist type away a manifesto in an attempt to sway the American Coloured Folk. The manifesto lands in the hands of the same soldier who stowed his son away to safety during the Tulsa massacre in the first episode, and the letter finds its way back to the child, almost as if an inheritance to introduce him to the cruelties of the world he would have to live in.

The other side of the manifesto reads “look over this boy”, scribbled in haste by the father, now in the hands of the old man sitting in a wheelchair beside the hanging corpse of chief Judd Crawford. A deep-rooted connection between the man’s past and detective Angela Abar is revealed even as she delves deeper into the mystery that was Judd’s death. Will, the old man, claims to have done it, which for obvious reasons is little more than Baloney to Angela who discovers some of what he states to be true, about the “skeletons” in Judd’s closet. Even as a bigger picture begins clearing itself for a reveal, the episode ends in the most whimsical of ways possible. Something involving an aircraft and a giant super magnet. I am trying to keep this here as spoiler free as possible.

The episode also gives a direct look at the ‘White Night’ though Angela’s own experience of it, as opposed to the sanitised version she delivered at Topher’s school, an event that crucially and brutally shapes the reality of this world, wherein the homes of 40 policemen were attacked simultaneously by the Seventh Kavalry, killing several of them. The remaining survivors either retired from the force or took up masks to fight the Kavalry as vigilantes, including Angela herself. Alternately, and in my opinion, appreciably as well, the episode also casts a look on the very real scenario of police brutality in the time of crisis, and how even non perpetrators may suffer in the wake of the same.

Then of course, there is the Adrian Veidt bit that for some reason, I was most excited about. Currently unrelated from the main plot, the bit picks up nearly from where the last one left off. The two ever faithful servants enact Veidt’s penned play, ‘The Watchmaker’s Son’, detailing the transformation of Jon Osterman into the omnient being that was Dr. Manhattan. To the singular audience that is Veidt, who singlehandedly guides the music, and the pyrotechnics, this seems like an ardent form of regular entertainment: burning and killing clones of his servants. I must admit, whether or not you have the taste for it, it’s all rather darned interesting! 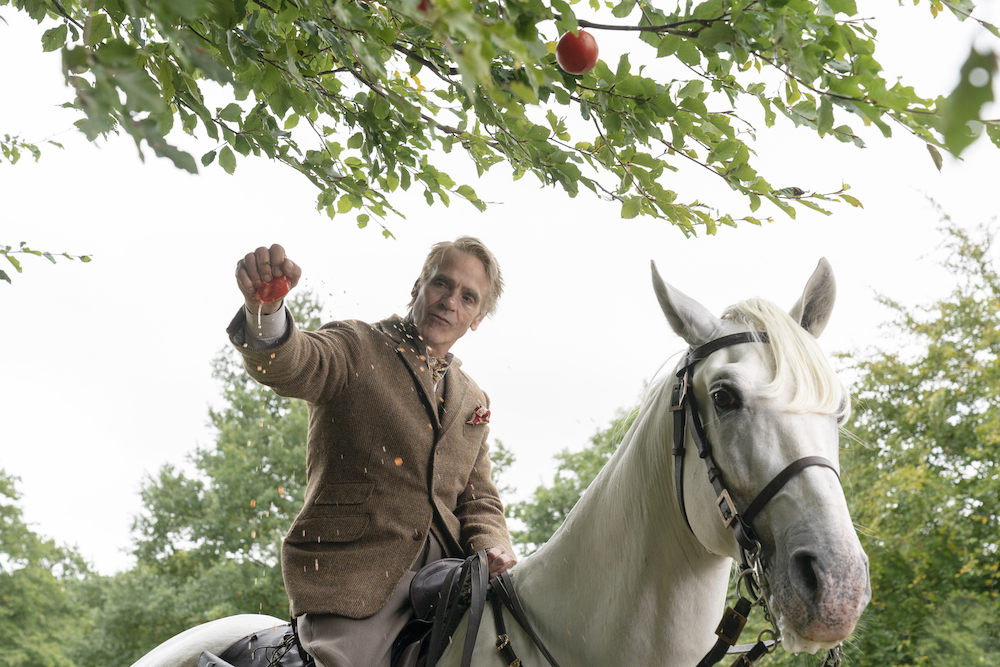 For all the time that the makers spent in the first episode setting up the new, reformed, racially cracked world of ‘Watchmen’, the second episode does seem more comfortable within its own world, exploring deeper stories within. The same may not be said for the viewer though, and this seems deliberate, that the very moment you feel like you know the world in the show inhabited by masked racists and vigilantes, a curveball is sure to take the ground away from beneath you.

The show doesn’t rely so much on shock value as it does on simply unfurling this alternate world that the writers have created, seemingly with a lot of history behind it. The intrigue stems from some of that history being true, while some of that is purely fertile imagination, laced with enough references from the Watchmen universe so as to not make the show feel untethered to the novel in any way, which it easily can be. The fun in it is decoding which is which. Sure, the plot thickens and the mystery deepens.