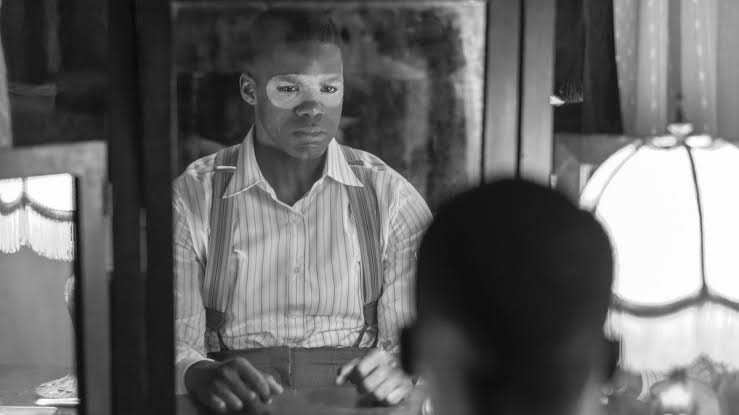 With ‘This Extraordinary Being’, ‘Watchmen’ returns to deliver another episode that leaves the audience in awe. There are rare shows that exhibit as much consistency with their storytelling as Damon Lindelof’s adaptation of the popular comic book does. In fact, come to think of all the stories of superheroes that have been adapted for the screen, big or small, none comes close to surpassing its source material with such excellence as ‘Watchmen’ is doing.

It is peeling off the various layers of its secrets, and now we are only a couple of episodes away from witnessing the entire truth. The way it has been progressing, we can only wonder what comes next in the twists that the writers have in store for us and the wonderful ways that their imagination is brought on the screen.

In the previous episode, Angela Abar had consumed all the pills of Nostalgia that her grandfather, William Reeves, had left for her. Now, she has to embrace the consequence of overdosing on a banned drug that might as well kill her. While Agent Blake tries to get her to sign the form that would allow them to pump the drug out of her system, Angela is thrown into the waves of appalling experiences of her grandfather. It begins with him being appointed as a police officer, in the hopes that by joining the force, he might be able to bring justice in the world. He is proved sorely wrong.

Despite all of its splendour and awe, despite being the most profitable genre of current times, there is a huge flaw in the superhero genre. Their origin stories allow us the context of the reason they don the mask, especially when it comes to vigilantism. And to our gullible minds that want to witness the action and adventure, i.e., pure entertainment, everything makes sense, even if the story has no practical counterpart in real life.

For example, consider yourself in the world of superheroes. Who do you think would have been the first to slip under the mask and fight for justice? Would it have been a straight, rich man who has no lack of resources to get what he wants? Or would it have been a black, not-straight person who is frustrated by all the injustice around them? ‘Watchmen’ gives us the first vigilante as the Hooded Justice. Revered and remembered by all, he is the man who inspired all that came after him. But his true identity is never revealed. All everyone knows is that he was a white man, who may or may not have been romantically involved to Captain Metropolis, who as it turns out was also doing Edgar Hoover! But that is not the whole truth.

In what could probably be the first, Damon Lindelof and Cord Jefferson turn the tide around on whitewashing. We don’t have to go too far back in the past to seek out the stories of people of colour that had been whitewashed. Even after all these years, Hollywood is still guilty of keeping up with this practice, even if in a very minor sense. And with ‘Watchmen’, the writers stir things up. The sixth episode of the series, ‘This Extraordinary Being’, is a superhero origin story, and the most feasible one at that. In fact, it is not just any origin story, it is the legend of how the first masked vigilante came to be the one that the world never forgot.

‘Watchmen’ was never interested in keeping in line with the plot of the comics or even the superheroes that people love so much. It was never interested in bringing some iconic sequences from the series on the screen so that the fans could hoot and clap in excitement. There was a story that had to be told and all it needed was a solid ground to stand on. A foundation which would provide it with the support needed to rise higher and catch the attention of the audience. Over the course of the season, Lindelof and his exceptional team of writers have succeeded in turning this solid ground of the comic books into a trampoline, reaching new heights with every jump.

William Reeves has been in the shadows all this time. He killed Crawford, he is in league with Lady Trieu, he doesn’t really need a wheelchair, and he is planning something. We got a glimpse of his childhood in the very first scene of the series, but that was just one piece of the puzzle. With this episode, a lot of things from the first episode come full circle. Filling in the gaps, it takes one more step towards completing the picture and showing us what’s really going on in their world. And with every mystery solved, we are brought face to face with what really goes on in our world.

‘This Extraordinary Being’ might be just another episode answering another bunch of questions for some, but for black people, it is the portrayal of the things that they have seen and are still seeing on a daily basis. Through the memories of Will, we get to witness the atrocities and the trauma that haunts him, and the things that led him to do the things that he did. Him painting himself white, trading one costume for another, and trying to find a team that would support him in his endeavour is the desperate cry for justice, a thing that continues to elude him even now.

Will’s story wouldn’t have been an easy one to tell, especially from the perspective of Angela. The use of black-and-white to throw us into the era of the 30s and 40s gives a noir feel to the story and allows us to keep in mind that we are living someone else’s past. It also works as a perspective screen. It is difficult to fully grasp someone else’s thought process unless you have been them. It’s not enough just to walk in their shoes, and the contrasting of black-and-white with colour shows us how oblivious we are to the stories of people like William. The sixth episode of ‘Watchmen’ is a haunting experience and not only does it work wonders for the storyline, but also acts as the soul of the show.