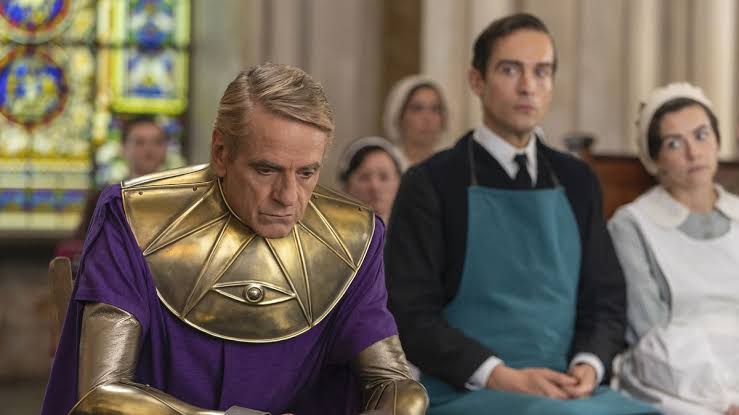 Creating a new world takes time and patience, and in his latest venture, Damon Lindelof has made no haste in peeling off the many layers of the story that he means to tell through ‘Watchmen’. Over the course of past few weeks, with every episode, he has served the audience with something new, and every time you think the episode has reached its peak, that there is no way the next episode could top the one you just witnessed, the amazing team working behind the show proves you wrong.

With the seventh episode, they continue this winning streak. We get more “the fuck!” moments, we get answers to some questions that were posed in the early episodes, and there is still enough mystery to push the story forward for the other two in line, the ones that are supposed to bring the story full circle.

The last episode gave us an exclusive look into the life of Will Reeves. She had overdosed on his Nostalgia pills, in order to understand what his life had been like and what motivated him to do whatever he did. As she tries to recover from its effects, her own memories clash with that of her grandfather’s. We get to know more about her past, her griefs and motivations and what brought her where she is now.

On the other side, Agent Blake follows up on a lead of her own. Under the influence of Nostalgia, Angela had talked a lot and from all of that, Agent Blake deduced what could have actually happened the night of Crawford’s murder and what that meant for the Seventh Cavalry. Meanwhile, Adrian Veidt stands a trial for his crimes, with the position of judge, jury and executioner being served by the clones that he had made.

‘This Extraordinary Being’ is, arguably, the best serving of the series, but that doesn’t mean that the next episode doesn’t try to pass the bar set so high by its predecessor. One could say that ‘An Almost Religious Awe’ pales, even if just a bit, in comparison to the one that came before it, but it wouldn’t be an accurate evaluation. In fact, from what we have learnt while watching ‘Watchmen’, it is that there is no sense in comparing the episodes. Each of them is so wonderfully different, some more than others, and each of them comes with so many twists and turns and themes and socio-political commentaries of its own that it could very well be considered a standalone, if not for the subtle thread bringing them together so craftily.

The strongest point for ‘Watchmen’, right from the beginning, has been its storytelling. In fact, of all the other things like the acting, soundtracks, cinematography and editing, it is the way Lindelof has spun this tale that makes it one of the, if not the, best shows of this year. The seamless transition from one character to another, creating questions from one’s life and finding the answer to it in another’s story, is brilliant. The reflection of William’s life in Angela’s, focusing on the things that make them stand apart and yet serving as compelling arguments for why they are more like each other, is splendidly done.

‘Watchmen’ also proves how you can divulge all the mysteries you have created without actually spelling it out. For a backstory that can be covered in 3-4 minutes, the show doesn’t waste any more time than it needs to, which is something that other writers could learn from this HBO gem. Lindelof and his team have taken their time in fashioning this marvellous world, and the effort shows. They know exactly what they need to elaborate and what they can cover in a scene that not only answers one of the biggest mysteries of the series, but also delivers jaw-dropping moments.

Nothing is irrelevant in this series. No character is without its purpose, no dialogue goes about meaninglessly. Even if you have been paying acute attention, even if you have read the comic books and might believe that you have an idea of what this story could be heading towards, you will be left surprised on every turn. It is pretty evident that with just two more episodes left, ‘Watchmen’ isn’t done with rolling out secrets. It relishes in keeping you hanging around for that one thing that hasn’t been resolved yet. And there is no denying that, as the audience, you too would revel in the pleasure of watching this one hell of a show.

Read More: Where Was Watchmen Filmed?