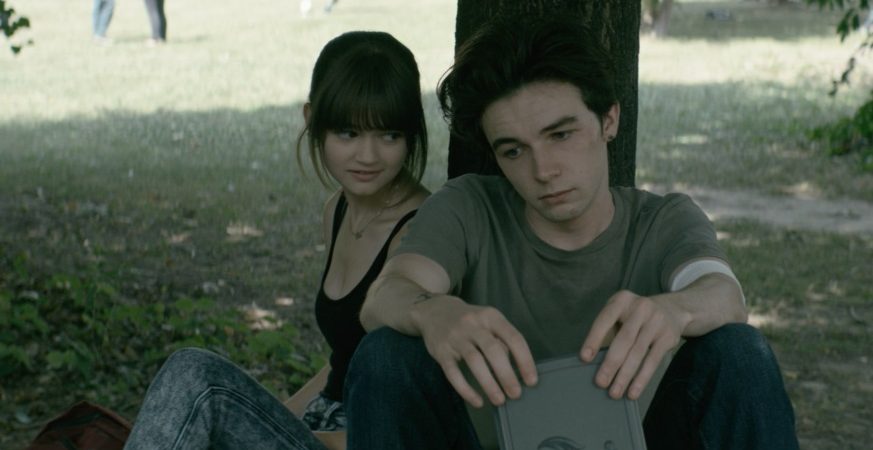 Wayne is an action comedy YouTube Premium series that made its debut on January 16, 2019. The eponymous Wayne, 16 years old juvenile delinquent of sorts, who has a huge redeeming side, sets out on his two-stroke bike with his very recent crush Del to go on a really long road trip to recover a car stolen from his father, just before his death. Pursued at every step by Del’s father and obnoxious twin brothers, as well as his friend and the principal of his school, Wayne’s adventures make for gritty action and darkish comedy which clocked over 10 million views in just its pilot episode.

Wayne, the show, is created by Shawn Simmons, drawing from his own childhood experiences, and produced by Rhett Reese and Paul Wernick, the team that brought us Deadpool. The half-hour episodes of this comedy-action series follow Wayne as he takes beatings, and doles out justice for wrongs done to others.

Wayne Cast: Who’s in it?

The main cast is relatively made up of newcomers. The 15-year-old heroine Del is played by Ciara Bravo, who has been on both the big screen and on various TV shows for about a decade, but the titular protagonist, Wayne, is played by an actor possibly only some Dublin-dwellers up to speed with the local indie pop music scene would recognize at a glance – Mark McKenna is originally an Irish singer and songwriter involved in the boy band, Milk, and has only made it into an acting career on the side since 2018. Whatever may the case be, Mark absolutely knocks it out of the ballpark with his acting – even living up to the immediate shadow of Alex Lawther from ‘The End of The F*cking World’ that falls on him.

Del’s father’s role is played by Dean Winters, the very same person who plays ‘The Vulture’ in Brooklyn Nine-Nine. The show also boasts a stellar supporting cast, raising it far above the initial assessment of yet another foul-mouthed eyeball grabber. For another season, we do not yet know what the full cast might be along with any new entrants to the show, but we can be certain that at least the main trio, Joshua Williams (Orlando), Mark McKenna, and Ciara Bravo would return to their respective roles.

Wayne Plot: What is it about?

Between its tame and somber colour palette lingering almost like a veil over most of its runtime, and the unbridled patches of violence and blood that was encased as exhibition material on the reveal trailer, one would immediately place Wayne in comparison to Netflix’s bizarrely macabre and unapologetic twist to the road trip plot framework last year in ‘The End of The F*cking World’. And for the most part, those who hazarded that guess were not far from the truth.

The titular character in Wayne, when the first episode opens, puts on a display of acute sociopathy – unflinching under a barrage of punches and daring to the point of being self-destructive. To top that off, the way the romantic intrigue is set up between Wayne and Delilah is very unconventional and sudden. There are some key differences between the two, however, and even though the bulwarks of one violent episode after the other (which includes regular fist-fighting, dropping a CRT TV on someone’s head, and – spoiler alert – biting off one’s nose), it has a very deliberately orchestrated comic tone to it.

Leave it up to the writers of the Deadpool films to make you forget about the dark in dark comedies. To give the basic outline of the premise, ‘Wayne’ is a Bonnie and Clyde-style duo put in a road trip plot, where Wayne’s holy grail is to retrieve a stolen car from Florida to fulfil his father’s dying wish.

Wayne is a deceptively sweet story about coming of age and growing up wrapped up in surface packaging of psychopathy, pain, toxic masculinity, loneliness, and teenage angst. However, in spite of the gore and the cussing, this dark comedy series manages to be fun and surprises us with a sweet teenage love story. McKenna and Bravo have superb on-screen presence and chemistry and prevent the characters from seeming mechanical or contrived.

A habitual truant from school and mostly aimless, Wayne has one major character kink. He cannot see injustice, and must always step into right wrongs. His life plans become slightly clearer when he encounters Del who is selling stolen Girl Scout cookies – door to door – to help fund her future run for Mayor. Del struggles with overwhelming toxic masculinity at home from a jerk of a father and twin doofus brothers, and she aims to be in a position of power – as soon as she is eligible – where no one can tell her what to do, any longer. These characters are driven, desperate, and end up making some over the top choices fueled by their pasts. In an effort to rise above, escape, find meaning, they manage to get into serious trouble, and encounter quite a lot of violence.

When asked if the series glorifies aggression, Simmons pointed to how stylized the fight scenes are — like in superhero movies. For him, “Wayne” — at its core — is a love story. “It really is about these two kids looking for where they belong — and hopefully be with each other — because it’s more emotional than all these other elements combined: the comedy, action, violence,” Simmons said, adding he hopes audiences come away rooting for the teens.

Wayne Season 2 Release Date: When will it premiere?

Season 1 of the show premiered on January 16, 2019. But since then, YouTube has made the unfortunate decision to cancel scripted programs and to shut down the possibility of such programming in future, meaning that Wayne, the series is highly unlikely – if not totally so – to see a renewal or a second season. However, YouTube Red or Coolidge Ward Entertainment has not made any significant buzz about a second season since the first season premiered, but there are more than enough hints that Wayne will be a multi-season gig even though YouTube has more action-comedy originals like Becoming A God in Central Florida lined up for release in 2019.

According to one source, Creator Shawn Simmons already has some ideas for Wayne season 2 and seems pretty confident that there will be more. “Season 2, I know where it’s going, I know where it’s going to end up,” Simmons said. “I actually wrote the last scene of the series two months ago, just isolated. I can say that we will be back in Brockton, we’re going to stay in Brockton because I’d like to get back to those people and the town that I love.” “But it’s a season about him trying to be a normal kid and go straight in season 2,” Simmons said.

Given the great reception that Wayne enjoyed, we estimate a swift renewal and another season at least by 2020. However, this is only speculation, and the show has not been officially renewed yet, leaving the air dates for season 2 TBD.

If you have been looking to dig into the show for the first time, a great head start would be the official trailer for the original first season, which you can find here. For those of you who are looking for a yet more comprehensive look to decide if they want to invest money into YouTube Premium, the first episode ‘Get Some Then’ is available for free!

Alex Rider Season 2: Everything We Know

Two Doors Down Season 5: Everything We Know