Throughout the fourteen seasons of ‘Supernatural’, the Winchester brothers have fought a great number of evils. But they haven’t fought them alone. They have always had help and this has allowed us an introduction to some badass characters whom we’d like to see more of. Jody Miller becomes a pivotal point when it comes to putting together such a team, and considering how she has acted as the saviour for the brothers, it only makes sense that the next generation of hunters would be under her wing. When the foster family of Jody had shaped up, fans began to wonder about the individual story of this group of odd people saving people and hunting things.

This idea soon gained momentum and the showrunners were made to consider this possibility. ‘Wayward Sisters’ is the spin-off that picks up the stories of these women where the Winchesters left off. The tenth episode of the thirteenth season acted as a backdoor pilot and the series was put into work.

Wayward Sisters Cast: Who’s in It? 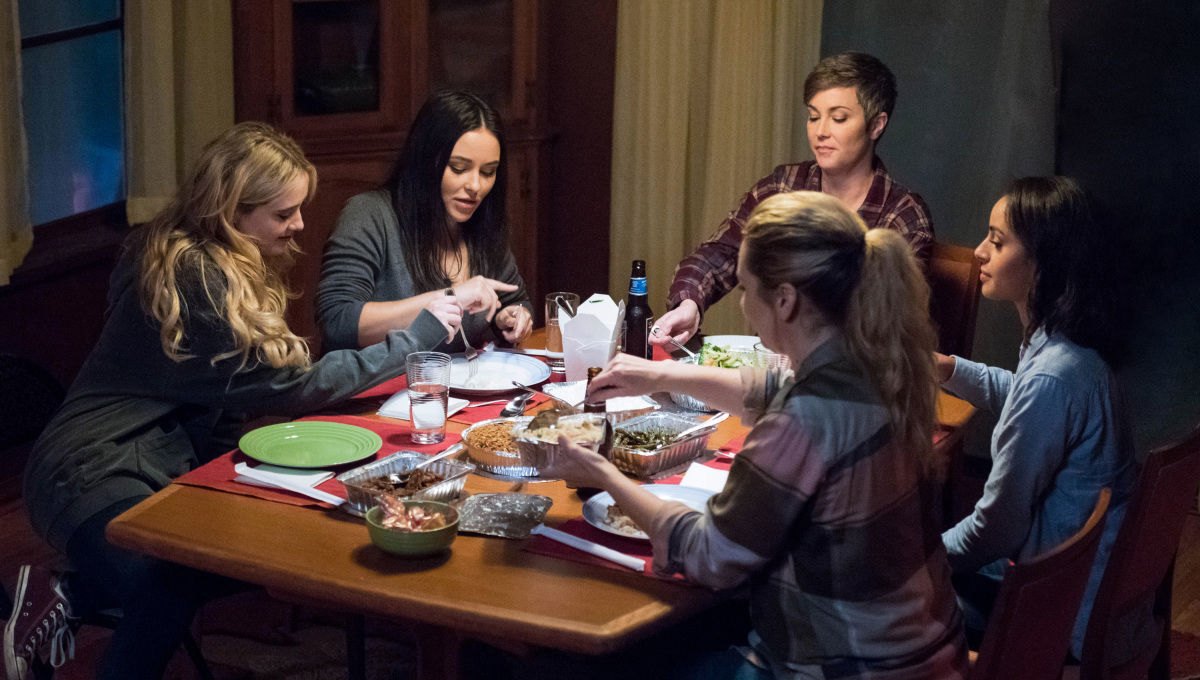 Most of the characters in ‘Wayward Sisters’ have already appeared a number of times over the fourteen seasons of ‘Supernatural’. The cast is led by Kim Rhodes, who plays the role of Jody Miller, the sheriff of Sioux Falls. Jody first appeared in the fifth season, in the episode that dealt with people coming back from the grave. After her character becomes acquainted with the work of the Winchesters, she becomes a frequent collaborator with them. Miller has appeared in every season since and is the most often recurring character. Apart from her role in the show, Rhodes is known for her work in ‘Suite Life of Zach and Cody’, ‘Ashes to Ashes’, ‘Another World as the World Turns’ and ‘The Suite Life on Deck’.

Kathryn Newton plays the role of Claire Novak. Claire’s character was first introduced in the fourth season of ‘Supernatural’ as the daughter of Jimmy Novak, the human vessel for the angel, Castiel. She returns seven years later when Castiel decides to look her up and find out how she is doing. Claire’s character arc of a troubled teenager brings her to the attention of the Winchesters who leave her in care of Jody. Claire learns to become a hunter and the last time we saw her, she had already been excelling at it. Apart from this role, Kathryn Newton has also appeared in films and TV shows like Netflix’s ‘The Society’, HBO’s ‘Big Little Lies’, ‘Halt and Catch Fire’, ‘Blockers’, ‘Paranormal Activity 4’, ‘Pokémon Detective Pikachu’, ‘Ben is Back’, and Oscar-nominated films like ‘Lady Bird’, ‘Three Billboards Outside Ebbing, Missouri’.

Katherine Ramdeen plays the role of Alex Jones. She first appeared in season 9 as a young girl who had been kidnapped by a group of vampires when she was small. She had worked for them as human bait and had grown attached to her vampire family. However, after Sam and Dean hunt them down, she is taken care of by Jody. Ramdeen has also appeared in films and TV shows like ‘A Girl Story’, ‘Almost Human’, ‘Bad Date’, ‘Possession’ and ‘The Super Alliance’.

The role of Donna Hanscum is portrayed by Briana Buckmaster. She is the sheriff of a small town in Minnesota who is familiarised with the Winchesters after a couple of encounters. She learns about the supernatural world and how to fight it from Jody and is called upon when Jody and the girls need help in saving the Winchesters. Buckmaster has previously appeared in films and TV shows like ‘Frequency’, ‘Arrow’, ‘Continuum’ and ‘A Country Wedding’. Additionally, Clark Backo (‘Designated Survivor’, ‘The Handmaid’s Tale’, ‘Wynonna Earp’, Hemlock Grove’, ‘Beauty and the Beast’) appears in the role of Patience Turner and Yadira Guevara-Prip (‘Star Trek: Discovery’ and the upcoming Apple TV+ show, ‘See’) is cast as Kaia Nieves.

Wayward Sisters Plot: What’s It About? 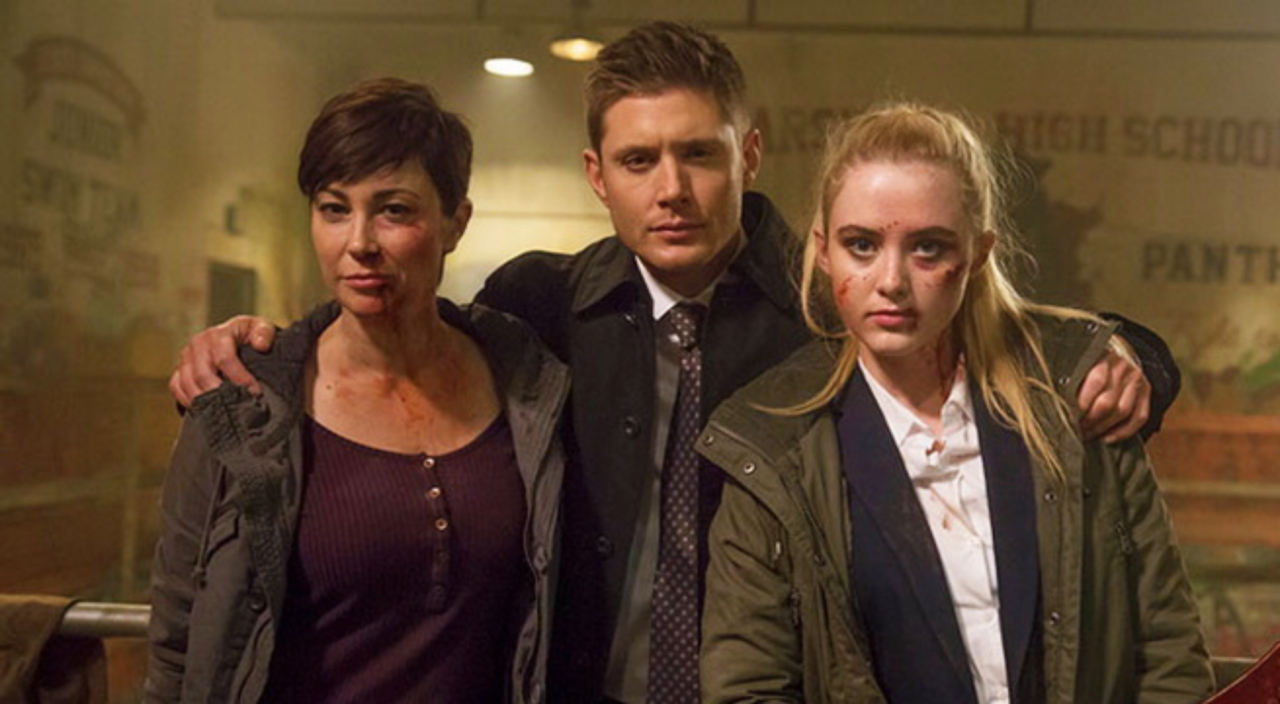 Ardent followers of ‘Supernatural’ know how it took years for the building up of these characters and making the viewers care enough about them. Jody Miller has been one of the most faithful allies for Sam and Dean, and they have trusted her, time and again, with their own lives. She is a part of the family now, and with the Winchesters picking up the pieces of their hunts, there was no one else they could trust more with the young lives. Jody, Claire and Alex’s relationship has already been explored enough in the show. The introduction of two more characters gives access to the unknown territory to the viewers.

The backdoor pilot laid a solid ground for the plot of ‘Wayward Sisters’. When the Winchester brothers are kidnapped, Jody calls Claire to come to help her and Alex. She also calls Donna Hanscum, who is a part of the team now. Patience Turner and Kaia Nieves are discovered by Jody and Claire and they help the group. By the end of the episode, the tear between this world and the Bad Place allows an evil doppelganger of Kaia to pass over. The group doesn’t yet know about the true nature of the other side. How will they deal with this new threat?

Wayward Sisters Season 1 Release Date: When Will It Premiere?

To find out any answers to the questions that we have about the Sisters, we will have to wait for their reappearance in ‘Supernatural’ because, as of now, ‘Wayward Sisters’ has been cancelled by the CW. The decision came after the network greenlit another spin-off series, ‘Legacies’, which is the spin-off of ‘The Vampire Diaries’. The news is very disappointing for the fans who had been waiting for a long time for the network to realise that a series such as this was necessary. This cancellation makes ‘Wayward Sisters’ the second failed spin-off of ‘Supernatural’, the first one being ‘Bloodlines’. However, don’t lose hope yet. A petition has been initiated by the fans to give the show the life it deserves. Who knows, we might just have it, after all! If any further development is made, we will update this section.

‘Wayward Sisters’ season 1 never moved far enough to get a trailer. However, you can still catch your favourite characters on ‘Supernatural’, which is available on CW. Here is the trailer of its latest season.